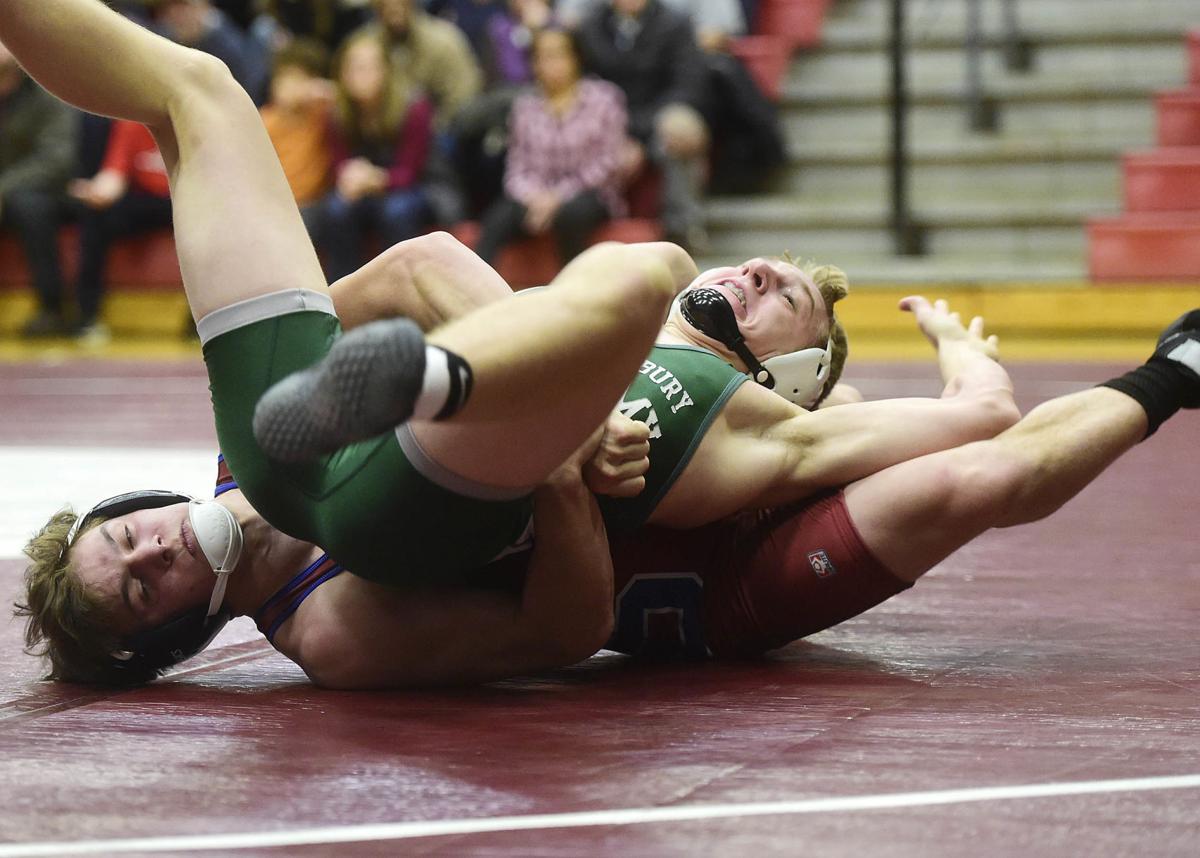 Spaulding and St. Johnsbury opponents battle during a wrestling event in Barre. 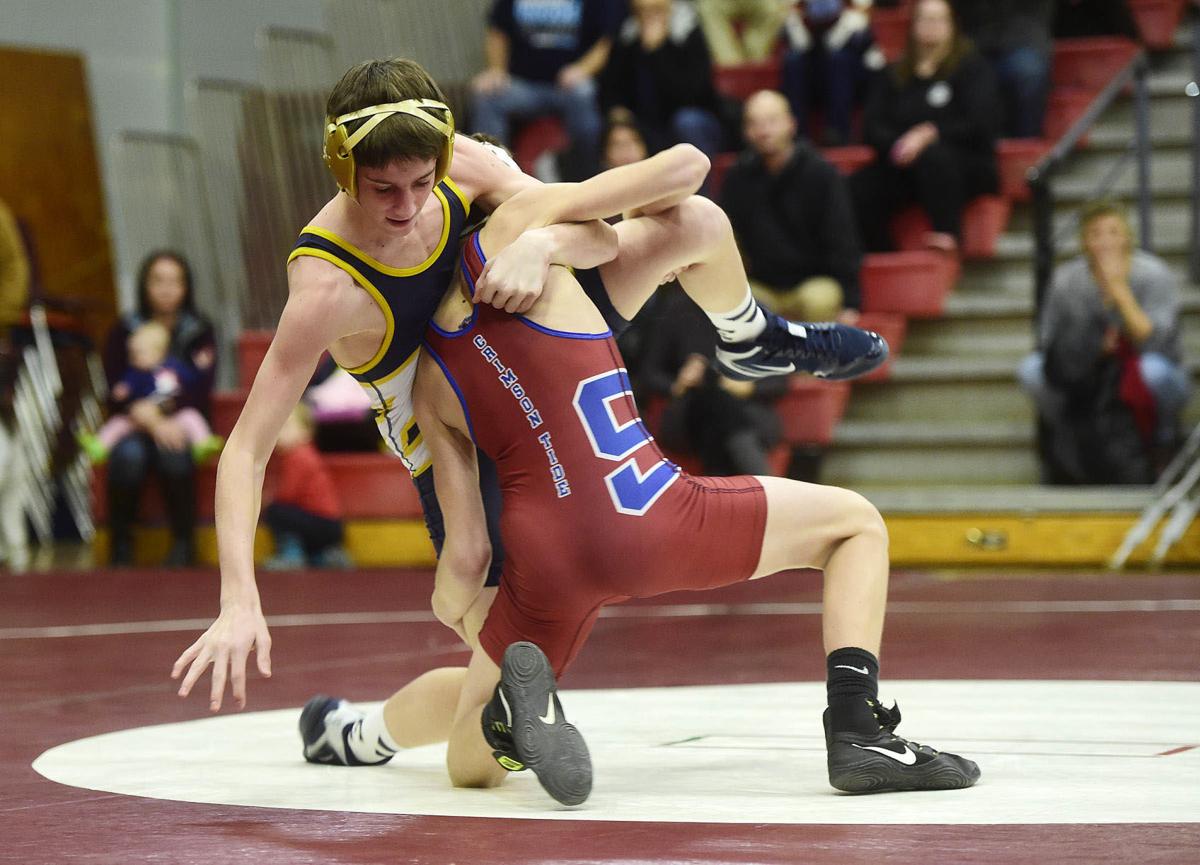 Spaulding and Essex wrestlers face off during a competition in Barre. 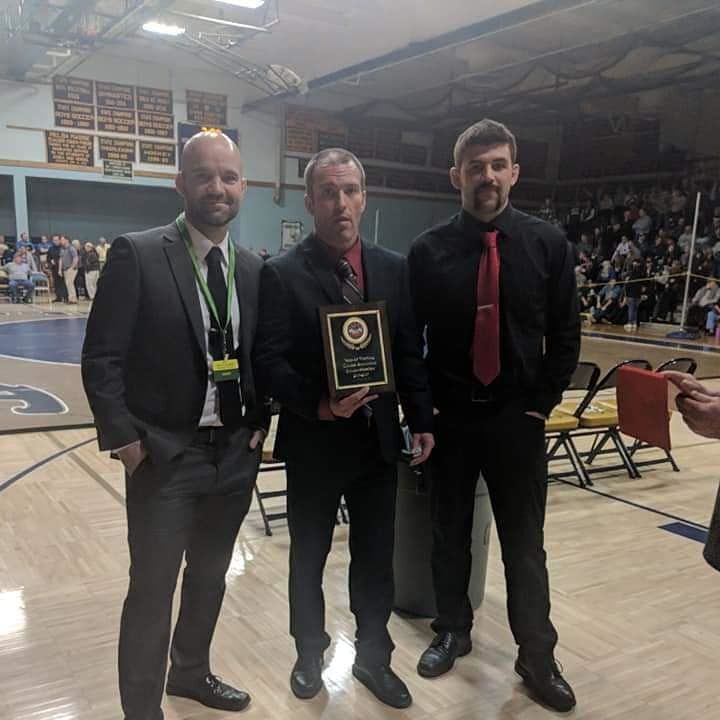 Spaulding’s Darren O’Meara, center, holds up his Wrestling Coach of the Year award.

Spaulding and St. Johnsbury opponents battle during a wrestling event in Barre.

Spaulding and Essex wrestlers face off during a competition in Barre.

Spaulding’s Darren O’Meara, center, holds up his Wrestling Coach of the Year award.

Street & Smith’s Official Yearbook reported in its 1979-80 edition: “The sudden death last spring of Coach Joe Retton ended an incredible era of basketball for the Fighting Falcons ... Basketball at this West Virginia school will never be the same.”

Imagine Joe Retton reading that as he kicked back to absorb a preseason preview about his team. The magazine had confused Retton with another West Virginia coach who had died.

Vermont high school wrestling coaches have been reading the obituary of their sport a lot recently. The sport has been pronounced dead for the 2020-21 season due to COVID concerns, but the coaching fraternity is hoping those reports are premature.

They are not giving up.

Fair Haven coach Scott Shaddock would like to see the state give wrestling teams a chance with a later season such as is being done in Maine (Feb. 22) or Connecticut with its start date of Jan. 19.

“My proposal is to start on Jan. 18 and have six events. We can always decide later if we want to have more. There would be an event every two weeks. We could have the JV teams wrestle in the off-week. That would keep all of your kids involved,” Shaddock said.

Shaddock’s Fair Haven teams have not normally had big numbers but the Slaters have showcased quality, turning out wrestlers who have contended for state honors.

Shaddock also has a burgeoning youth program with 35 wrestlers.

This is Vermont, not Iowa where high school wrestling is sacred with a fervid following.

“They think it is gladiator/guerilla stuff. There is a lot of thinking in wrestling. A lot of it is mental.”

If there is a slice of Vermont that is akin to Iowa when it comes to wrestling it is in Bennington where the Mount Anthony Patriots have won a national record 32 consecutive state wrestling champions.

MAU Athletic Director Ashley Hoyt is well aware of the movement to salvage something of the wrestling season.

“They are not giving up,” she said of the coaches. “It is all very preliminary.”

“There are wrestling camps and events going on all over the place and the COVID cases are 1%. That’s fantastic,” Shaddock said.

Shaddock points out that their mats are wiped down multiple times before, after and during practice. There is also an application to the skin to prevent disease.

He said he does not want to have wrestling if it is not safe.

“I don’t want to see any kids sick. Nobody does. We just want the chance to be heard,” he said.

Shaddock’s Slaters boast senior wrestler Sam Worthing who would have an opportunity to eclipse Dylan Lee’s school record for victories this season.

“He is a kid who has colleges looking at him. Castleton is one of them,” Shaddock said.

O’Meara also has a wrestler poised to join the elite 100-club in senior Matthew Durgin who has recently been accepted to The Citadel and is one of the favorites to make it to the state finals.

Otter Valley’s David Williams is another with a good shot at the 100-win plateau.

“Without a season, he doesn’t make it. Otherwise, barring injury, he should get to 100 wins easily,” Otter Valley coach Cole Mason said.

O’Meara’s assistant coach Matt Thurston works in the medical field and did a good amount of work in making a presentation that included assembling data from USA Wrestling and the National Wrestling Coaches Association.

“I think it was eye opening to them,” O’Meara said of state officials reception to the presentation.

O’Meara said the wrestling coaches had presented their case to state officials in June and then made this renewed effort after it was announced that high school wrestling would not be allowed to happen in Vermont this season.

“The definition of close contact has been less than 6 feet apart for 15 minutes. The normal match is about 6 minutes and 7 or 8 minutes even if there is overtime,” O’Meara said.

“We can also control things like having each wrestler have only the same training partner all season long.”

“We have a lot of facts to back up having a season,” Mason said. “I don’t see how you can have guys up against each other in the post for 32 minutes in basketball and not have a wrestling season.

“I get how it looks for close contact to someone on the outside looking in that does not know a lot about wrestling.”

It is a season that Otter Valley had been pointing toward.

“We were going to have a tough team this year. It is a group that our coaches have been working with for six years,” Mason said.

There are Vermont high school wrestling coaches who hope they have been reading a premature account of their death just as coach Retton did back in 1979.