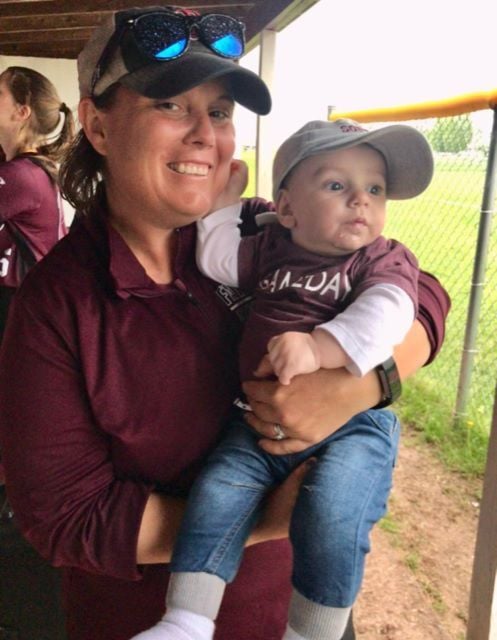 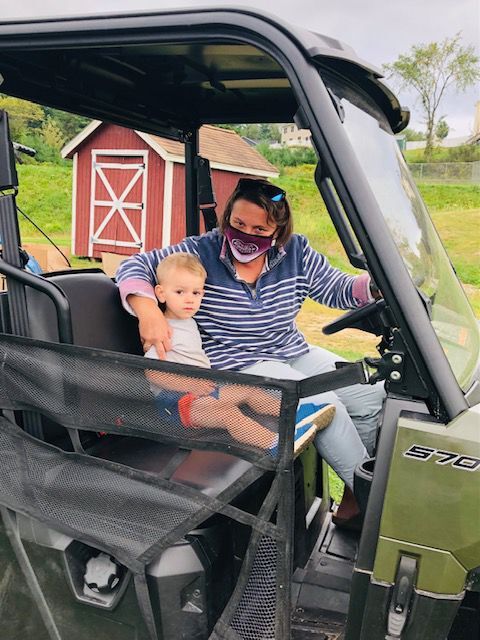 BFA-Fairfax Athletic Director Geri Witalec-Krupa believes the fun has been taken out of high school sports, thanks to an all consuming effort to get wins.

Witalec-Krupa writes for High School Today and she believes that the most important article she has penned for publication is “Putting Fun Back in High School Athletics.”

Making certain the athletes have fun is at the forefront of her jobs as BFA’s athletic director and softball coach.

She had great examples when she was still a student at Black River High School in Ludlow.

Playing softball for Joe Gurdak and basketball for Sue Pollender, she can’t remember a moment that was not fun whether it was the time between the white lines or on the yellow bus.

“It is pretty nice to be able to say that I never had a negative experience,” Witalec-Krupa said.

“I like winning as much as anyone else, but it is kind of out of control now.

“The true purpose about life skills in sports has been forgotten. Winning is a by-product. If you do the right things, the wins will come.

“I think the culture of youth and school sports today forgets the bigger purpose of athletics and focuses solely on wins. For the first time in decades, 2018 saw a drop nationwide in youth participation rates in sports. The most reported reason among those that dropped out was that it’s no longer fun. It’s all about finding balance, and remembering, although important, it’s still a game and these are still kids. Bottom line is if you do all the intangibles right, the wins will follow.”

BFA-Fairfax athletes fly the same colors in representing their school that Black River athletes did before that school closed.

Witalec-Krupa sees other commonalities between Fairfax and the Ludlow where she grew up.

“Black River High School and Fairfax definitely have a number of similarities,” she said. “The small-town nature, the close relationships, having students in grades K-12 on the same campus, the fact that you are raised by a community rather than solely your family and a passion for school sports and activities are all common threads.

“There’s certainly differences as well, with Ludlow being a tourist town, while Fairfax is more of a rural bedroom community for the greater Burlington area.

“But overall, the strong similarities in values and priorities are what has kept me in Fairfax for so long.”

There is one part of life that Witalec-Krupa never had to deal with in Ludlow or even imagine dealing with: a pandemic.

It is a challenging piece of life for every athletic director and coach. Not to mention the challenges that the pandemic layer adds to being a parent. Geri and Karen Witalec-Krupa are parents of two young boys.

“Being an AD and parent in the midst of a global pandemic has been a challenge for sure. The concerns are pretty much the same,” she said.

“Whether my own family at home, or my work family, my care and concern for the health and safety of everyone is my priority.

“It’s a fine balancing act, you want to allow for as many opportunities as possible, while making sure people stay healthy.

“The biggest priority is to keep our children in school, whether it’s my own young children, or the students at BFA-Fairfax. We know that’s what’s best, so the challenges comes in how to implement in-person learning and activity while keeping our students and communities safe.

“As for the winter sports teams, we’ve had our schedules since pre-pandemic.”

She said scheduling will mean employing a similar strategy as was done in the fall for scheduling soccer. When the season was delayed, games at the beginning were simply plugged in later in the schedule whenever possible.

“I’m optimistic we will have some sort of season as long as people continue to follow the guidelines,” she said.

Mascots have come under assault to the point where the Vermont Principals’ Association asked schools to abandon mascots or team nicknames that were in any way marginalizing, racist or exclusionary.

The Raider nickname for the Rutland High School teams has been an especially inflammatory issue in Rutland.

Witalec-Krupa knows the BFA-Fairfax Bullets are not exempt from the criticism.

The name Bullets no longer adorns the BFA-Fairfax uniforms and any graphics of bullets has been removed from the hallways.

But it is important to know the history of the name because Bullets was not founded in the context of a weapon, according to Witalec-Krupa.

She explained that Superman Comics were big when the school was founded and Bullets was chosen for the meaning that “BFA athletes are faster than a speeding bullet” like Superman.

She has had a wealth of success coaching in both girls soccer and softball but those days at Black River when she made her own memories playing are never far from her mind.

She regards a highlight while playing for the Presidents as making it to the Final Four as a member of the basketball team.

“If I had to choose one moment, as I’m sure is the case for many Vermont athletes, it would be playing basketball at Barre Auditorium,” Witalec-Krupa said. “I was a sophomore, and the pride I felt entering the facility, being aware of its rich history and all the athletes that were there before me, the radio broadcast, the formalities involved — as a 15-year-old, it was like nothing I’d ever experienced.”

She already had experienced “The Aud” as a spectator, watching her older brother Greg play on a state championship Black River team.

“That was one of the most cherished spectator experiences of my life,” she said.

Another unforgettable spectator experience was sitting in Fenway Park on Aug. 2, 2018 for Boston’s Steve Pearce mammoth day when he hit three home runs in a 15-7 victory over the New York Yankees.

That was the first time Karen had felt the baby move inside of her. The baby’s first name? Pearce.

Witalec-Krupa is serious about getting better at her job and attends the national conference for athletic directors every year.

This year’s was to be in Tampa but was held virtually due to COVID protocol.

“It exceeded my expectations. It is amazing what they did with technology,” she said.

Geri has won lots of games as a coach and seen her teams claim state titles, but, again, the wins are not the most important part of it all, she said.

“There’s too many highlights to name. Every season comes with its own special moment. But the biggest highlight would honestly be the relationships you form with your athletes,” she said.

“When years down the line you are being invited to their weddings, receiving holiday cards or bumping into a former athlete years later in the grocery store and they tell you how much they valued their time with you, that’s the ultimate highlight.”

Witalec-Krupa coached softball in Colchester before she did at Fairfax. She and her family still live in Colchester and she also views it as a special community.

But she relishes and appreciates the passion for softball at BFA-Fairfax.

“There are some small pockets of softball communities around the state and Fairfax is definitely one of them,” she said. “That’s actually true in all of Franklin County.”

She is very involved in the North-South Senior Classic, the high school all-star softball game that is now played at Castleton University.

“We take a lot of pride in that experience. I don’t think there is ever a player that does not leave that weekend without great memories and friendships,” Witalec-Krupa said.

It’s been a long road she has taken since growing up in the shadow of Okemo Mountain.

It took her to the University of Vermont and now to the bucolic northern Vermont town of Fairfax where she has found the same community spirit she appreciated so 122 miles to the south in Ludlow.

Ludlow will always remain in her heart as the small but bustling ski town where she had an idyllic upbringing in a family where her parents John and Sylvia Witalec where longtime beloved educators and pillars of the community.

“We were a family of athletes, but my parents never allowed my siblings or me to get too full of ourselves. Our successes were celebrated but followed by ‘what can we do to continue to improve?’” Having two parents who were educators, I never really imagined myself doing anything other than working in education.

“”To this day, I’m so proud to be John and Sylvia’s daughter and Gina and Greg’s sister. They forged the path for me and, professionally, set the bar high, and I hope to pass their leadership and values onto my own children.

“We are truly fortunate.”