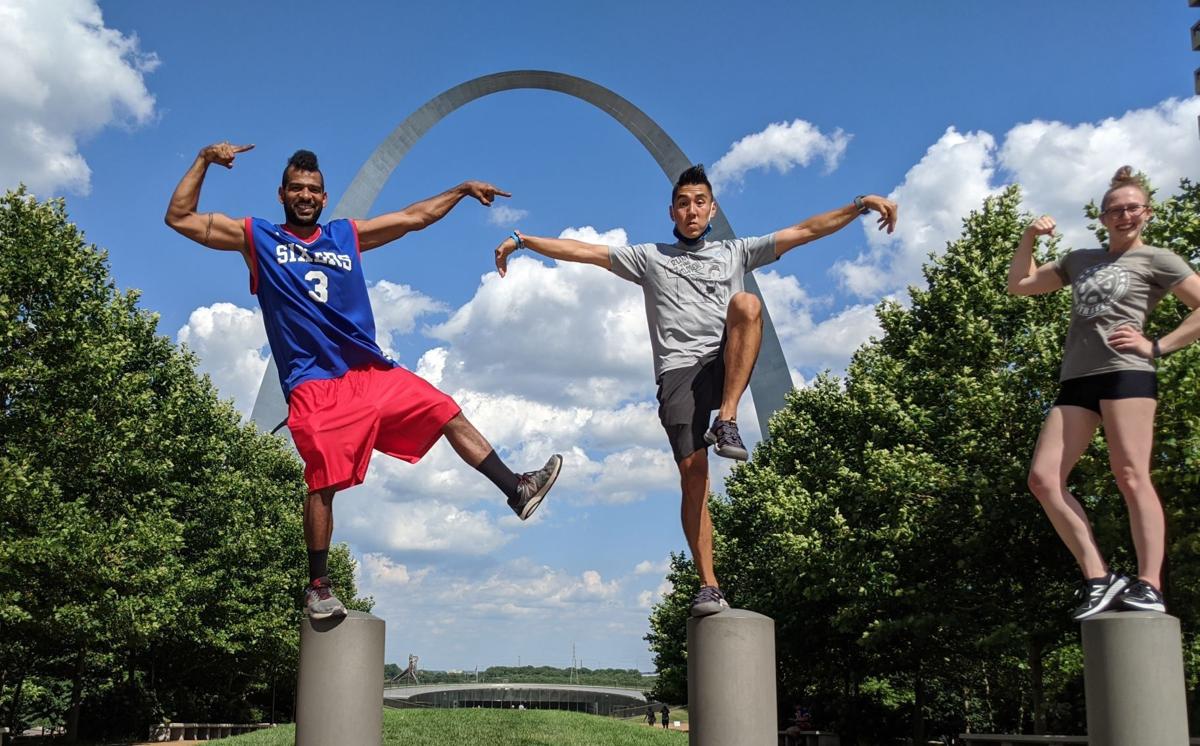 Robert Moffitt, left, poses in front of the Gateway Arch in St. Louis, the city he competed in for American Ninja Warrior. 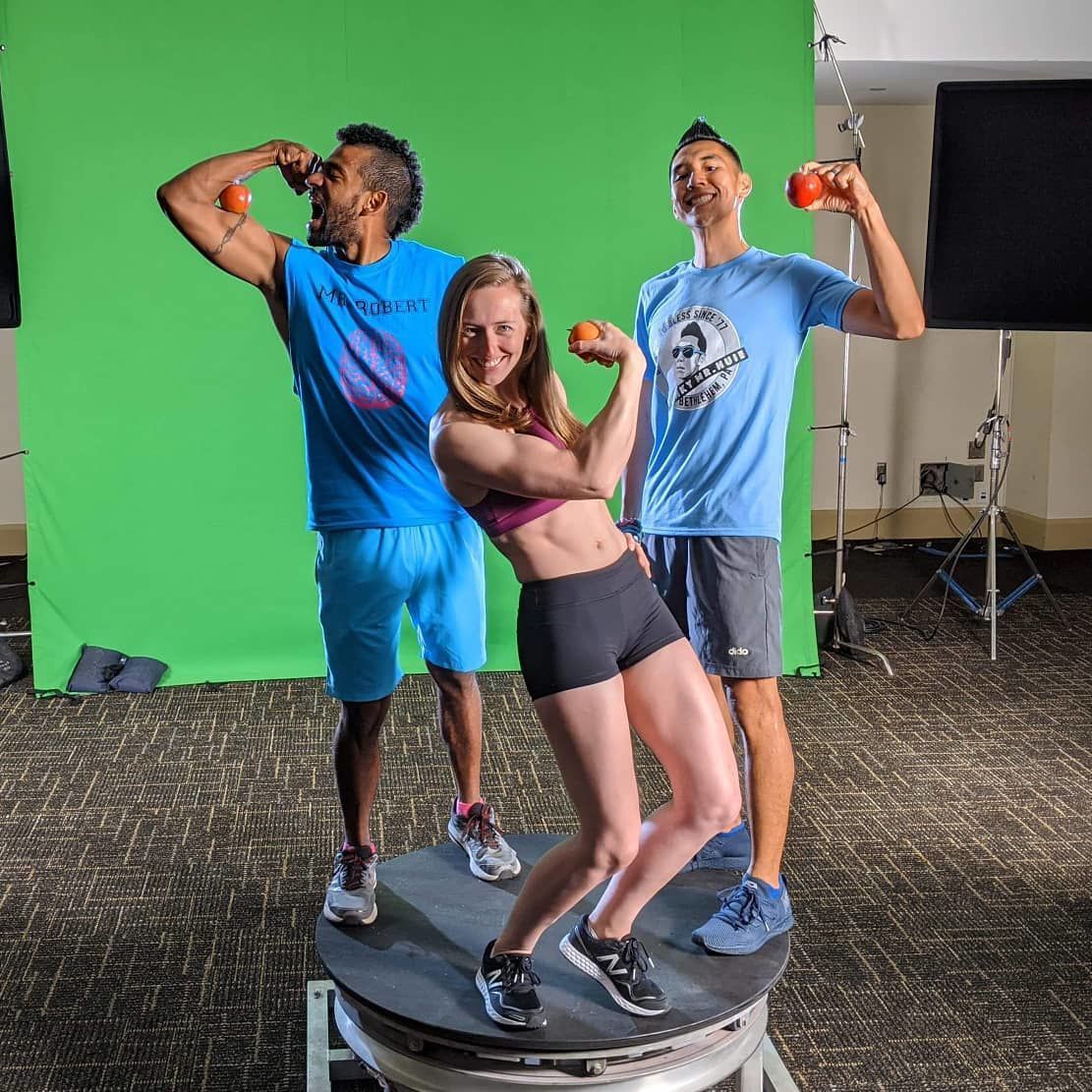 Robert Moffitt, left, poses with a pair of other American Ninja Warrior competitors. 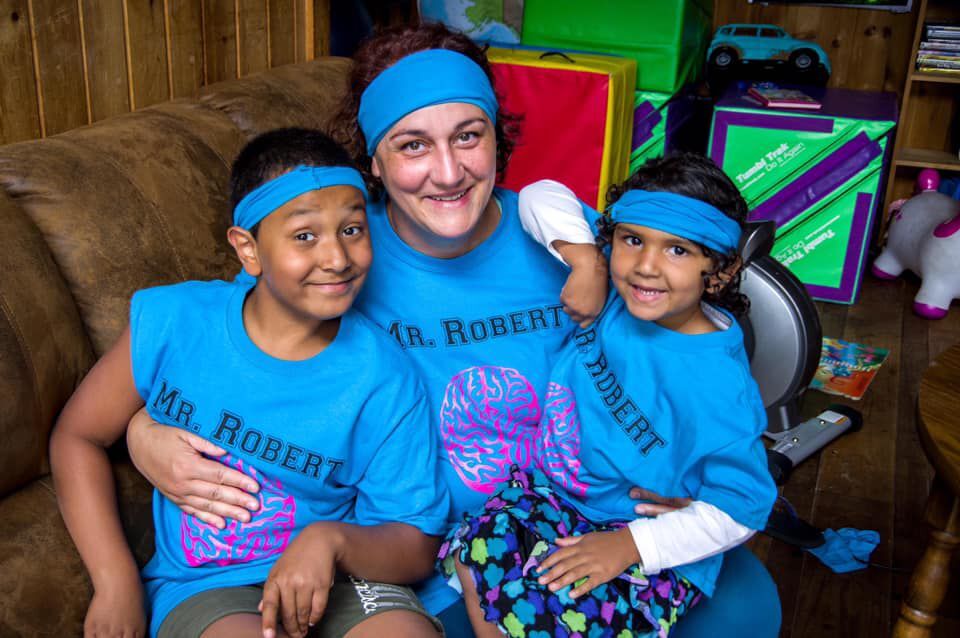 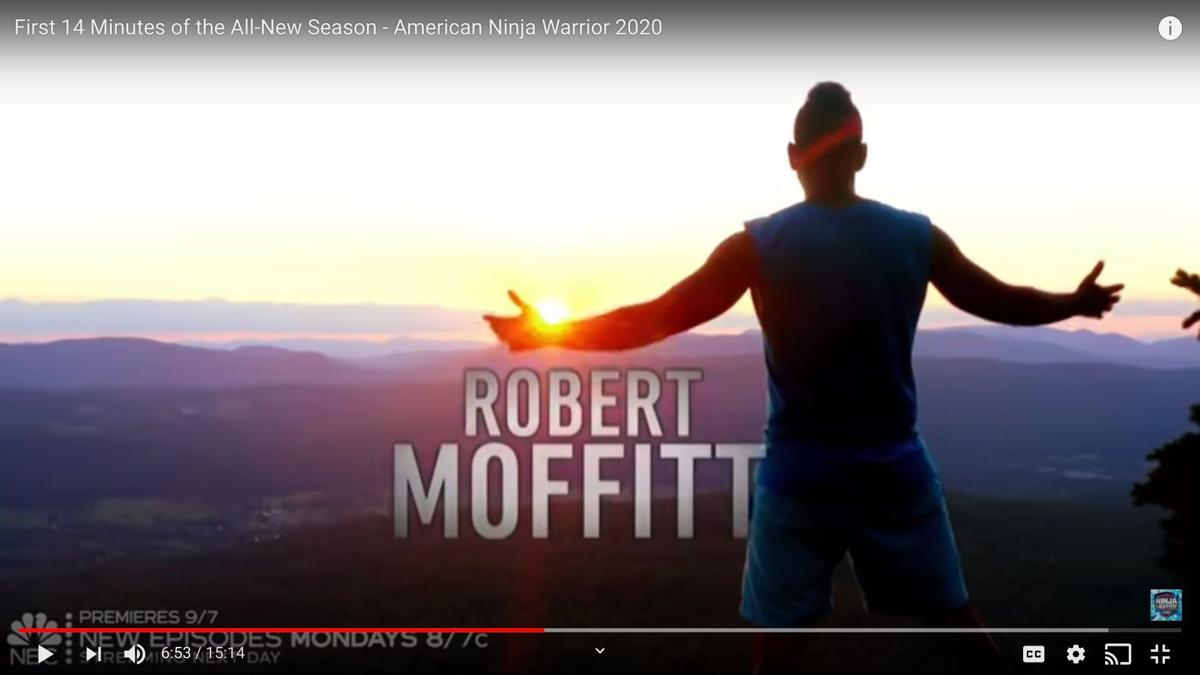 A screenshot of Robert Moffitt’s introduction package before his run on American Ninja Warrior.

Robert Moffitt, left, poses in front of the Gateway Arch in St. Louis, the city he competed in for American Ninja Warrior.

Robert Moffitt, left, poses with a pair of other American Ninja Warrior competitors.

A screenshot of Robert Moffitt’s introduction package before his run on American Ninja Warrior.

Wallingford’s Robert Moffitt was sailing along, crushing the obstacles on the course with thousands of eyes watching him in living rooms across the country. He was competing on the show American Ninja Warrior on NBC television.

He tamed the first three obstacles with his strength and guile but then the fourth, the rib run, got him.

The rib run is a new balance obstacle that challenges the athlete trying to navigate it as a pendulum swings perpendicular to the competitor.

Knocked into the water and his day over, Moffitt was not disappointed. He was exuberant.

“I was so proud of myself for making it that far,” he said. “It almost felt like ‘I’m a Ninja.’ I had a great experience. I was so happy,” he said.

Moffitt found the experience satisfying because he had applied the lessons of his old boxing coach.

“He would say, ‘Do it with bad intentions.’” Moffitt said.

“Every obstacle, I did that,” Moffitt said.

Landing a spot in the competition that night in St. Louis was the culmination of a dream. Yet, with Moffitt, the destination is not the story. The journey is the story.

He grew up in Philadelphia in an environment that could not be more different than his home in the tranquil setting above the White Rocks picnic area on the outskirts of Wallingford.

“They were kicking our door down. There was a lot of violence,” he said of his neighborhood in Greater Philadelphia.

He did see another side of life when he visited his grandparents’ home in Wallingford, the same house the 35-year-old Moffit now lives in.

“I came here often. Vermont is so beautiful,” Moffitt said.

His visits included walks through the woods with his grandmother. They would have talks about life as they strolled through this secluded area.

But those were visits. He had to return to the City of Brotherly Love where it was not all love and sunshine. He got into plenty of trouble at school.

He was kicked out of one school and sent to another where there were not any traditional teachers. He was sent to a room and expected to work.

“I got self-motivated,” he said.

His mother got him interested in track and field. He joined a track and field club that competed at meets up and down the East Coast. He was also on swim teams.

It was at 18 that he started boxing.

He attended the Community College of Philadelphia and took some remedial courses to fill in the blank spots from when he was struggling in school.

He transferred to Temple University, fulfilling a dream. He earned a degree in childhood education.

But the influence of Philly and his childhood wasn’t done tormenting him just yet. One night, he made some bad choices at age 28, he said, not elaborating.

He woke up the next morning and asked himself what he wanted out of life.

He began to build his body. He competed in 5-K races, Spartan races and tough mudders. He took spin classes in gyms.

“I turned my life around,” he said

He went to a Ninja gym called The Movement Lab in New Jersey. He started training.

He heard about walk-in competitions for landing a spot on America Ninja Warrior. He went to one in Pittsburgh.

“I really thought I was going to get picked. I was extremely disappointed. I was crying,” Moffitt said.

Then, he heard of another in Philadelphia. He decided he had to do that one. After all, it was in his hometown.

He and his wife Tamara Musto moved to Wallingford, inhabiting the house his grandparents had built. The nearly 40 acres were overgrown, trees and bushes touching all sides of the house.

They cleaned up the land and life was good.

The move to Wallingford was fueled by one of those deep conversations he had with his grandmother on their walks. She asked him to never let anyone put her in a nursing home.

Yet, there was still the Ninja dream that had not been realized.

He had close brushes with it but COVID intervened. He thought he had made it but then he was notified that they were going to have to reduce the number of competitors due to the virus. He was told he was out.

Then came a breakthrough.

“The Ninja people called in June and asked if I was willing to be an alternate,” Moffitt said. “I said that I would. There was never a question.”

Then, he got the word he was going to St. Louis. The big stage. National TV audience.

“The message that I want people to take from this is to never give up,” Moffitt said. “If it does not happen in three years, or five years, does not mean it is not going to happen if it is in your heart.”

Moffitt believes the Ninja folks selected him because they were enamored of his story.

“A lot of people gained a lot of weight during COVID. I used the time for good. I turned it into helping me be what I wanted to be,” Moffitt said.

He thinks the American Ninja Warrior crew also liked that he loved his town and family.

“I love Wallingford. It’s my Mayberry,” he said.

The dream didn’t end in navigating the entire obstacle course and pushing the buzzer.

His quest had the earmarks of doing exactly that as he sailed impressively through the first three objects.

Then, the rib run reared its ugly head.

It used to be that when obstacles required low body strength, he was in his element.

He turned a weakness into a strength. The course in his Wallingford yard features such apparatus as trapezes and ladders. He honed his upper body to be a fine-tuned machine.

But the obstacle that was his Waterloo bit him when the lower body strength betrayed him.

He learned from it. He is always learning.

The American Ninja Warrior tests not only your physical attributes but your mental ones.

“When you get on the stage, it cuts your power in half. You are so nervous,” Moffitt said.

Right now, he is home schooling one of their sons. He has another son battling some physical aliments.

He was a teacher and would like to get back into education when the time is right.

He had been teaching Ninja courses at a studio in Rutland’s Howe Center where students addressed him as “Mr. Robert.”

There is always the destination. But it is the journey that provides the lessons and the road map to get there.

Robert Moffitt is on an incredible journey.