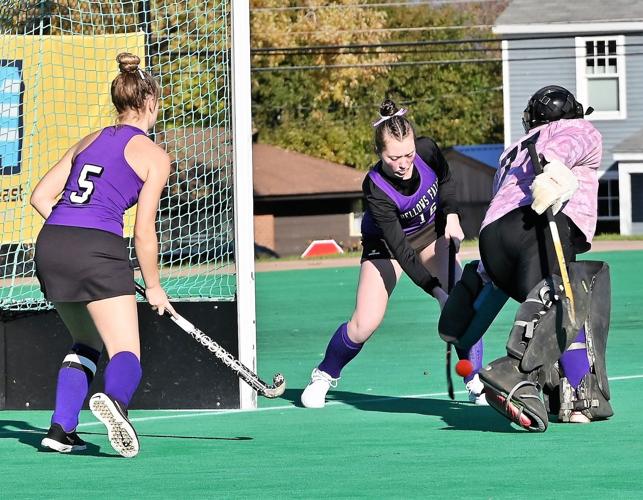 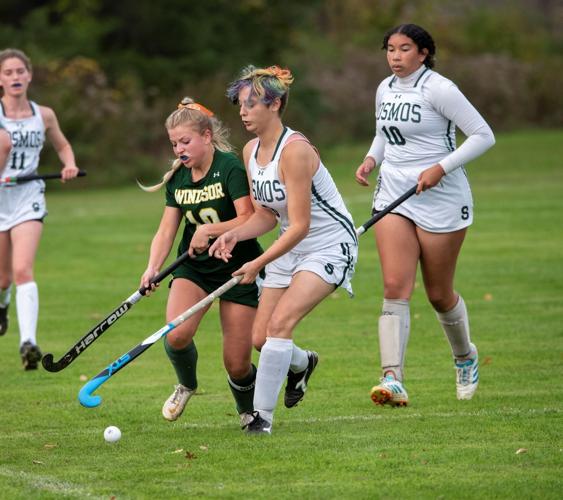 The day after the state field hockey championships were settled, some of Vermont’s top seniors reported to South Burlington High School for tryouts for the Twin State team.

Bellows Falls’ Bethany Coursen, the Vermont head coach, doesn’t see that Sunday as being the ideal day for the tryout.

“If you win (your state title game), you’re probably so excited that you can’t sleep and if you lose, you might not want to pick up a field hockey stick the next day,” Coursen said.

Not that she is complaining. Coursen feels she has an outstanding squad that will play on Friday against the top graduated seniors in the Twin State Field Hockey Game on Friday at St. Michael’s College at 6 p.m.

Field hockey fans have been waiting a long time for the renewal of this game. It was sidelined in 2020 and 2021 by COVID.

Coursen has four of her own players on the team — goalie Jaia Caron, midfielders Grace Bazin and Grace Wilkinson and forward Maya Waryas.

Perry will be playing the game at her new home. She is headed to St. Michael’s College to play basketball.

Mount Abraham’s Maddie Donaldson will be Vermont’s goalie along with Caron.

Coursen said both goalies were strong during the tryout.

Division I state champion South Burlington has three players on the team with Hope Brunet, Abby Guenther and Mia Angwin.

The Vermonters had a practice about a month ago and she liked the skill and speed on display.

“They were fast and super skilled,” the BF coach said.

“It was kind of hard to tell a lot because they were not in field hockey shape,” said Coursen, noting the long layoff from the sport.

She said the players in New Hampshire have more opportunities for off-season play.

Still, the game has been extremely competitive over the years.

Vermont won the last game played, trimming New Hampshire 4-1 in 2019 at the University of Vermont.

Coursen, of course, knows her own players best.

Her goalie is an interesting story. Caron began her high school athletic career as a soccer player but converted to field hockey.

Wilkinson is one of those players that gives something extra every time she steps on the field.

“You are going to get 110% from her all the time. She will throw herself at the ball or do whatever she needs to do,” Coursen said.

Waryas, a prolific scorer, brings speed and terrific stickwork to the team.

Bazin did not play for two years while attending a private school, but once she put the purple uniform on, she made up for lost time.

“We are excited to have Abby. She is a phenomenal athlete,” Grembowicz said of the South Burlington forward.

Guenther fell in love with field hockey in middle school to the point where she talked her father into building an indoor turf field in the basement along with a regulation size goal and circle in the backyard.

Grembowicz said that passion came through loud and clear during the recruiting process.

Hartford’s Caroline Hamilton, who played in the recent Byrne Cup Lacrosse Twin State Games, is also headed to SLU to play for Grembowicz.

Guenther and Hamilton will be reporting for SLU field hockey practice on Aug. 19.

NOTES: Windsor’s Richardson will be playing field hockey at Castleton University. ... Caron is headed to Sage College where the goalie position will have a distinct Vermont flavor. Former Springfield High goalie Anna Church will be sophomore goalie for the Gators. Church played in four games in the goal and five at midfield for Sage in 2021.