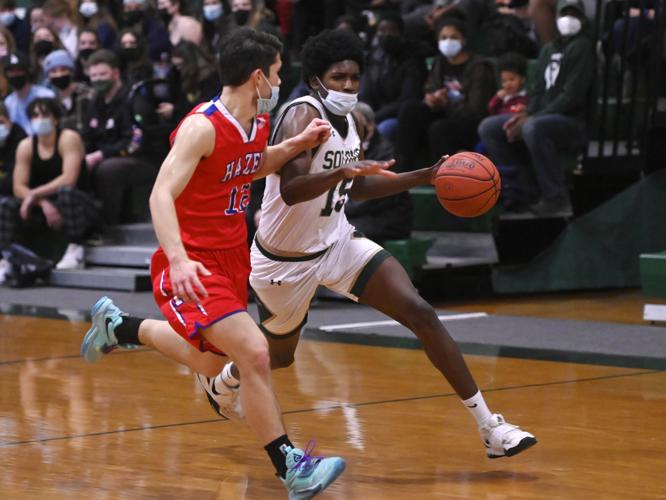 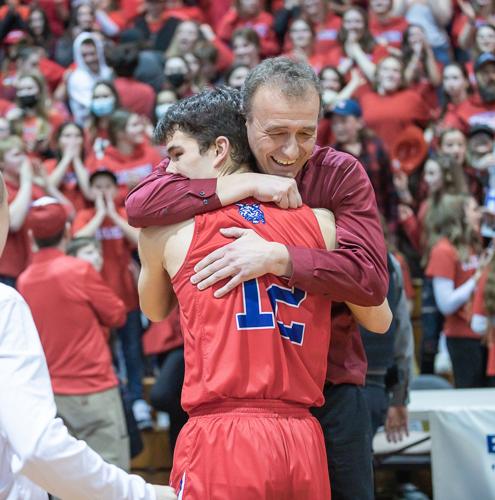 I’ve heard stories about long lines waiting to buy tickets for some basketball games between Hazen Union and Peoples Academy. The schools are about 15 miles and the history of the rivalry is a long one.

Hazen boys basketball coach Aaron Hill is the architect of a dynasty but if there is one thing he does as well as scheming with the Xs and Os, it is doing painstaking research.

The Hazen-Peoples rivalry in boys basketball goes way back — back beyond the existence of Hazen Union High School. There was also a great rivalry between Peoples and Hardwick Academy, the forerunner of Hazen Union.

The Wildcats will welcome Peoples Academy of Morrisville into the Hazen gym on Dec. 30 for Hardwick Academy Night.

Hill passes along the following information: This will be the 225th game between the two communities in boys basketball. Hardwick/Hazen leads the series 115-109.

The first game was played in 1911 in Hardwick and Hardwick Academy won 11-10.

Hardwick Academy won state championships in boys basketball (1931) and in 1964 and 1966 in baseball.

The banner commemorating those titles will be hung on the wall in all their purple and gold splendor on Dec. 30, right up there with the red and blue banners of Hazen Union. Players from those HA teams will be recognized on the floor.

You know that it will be a great night.

We should never forger those defunct schools like Hardwick Academy. They are a part of our history as are the people who made them special.

He helped to put together an evening at an Otter Valley game where memorabilia and photos of the Pittsford and Brandon days were on displayed in the lobby.

Long before the Otters roamed the area, there were Panthers (Pittsford High) and Bison (Brandon High). The Panthers wore green, the Bison maroon.

Every defunct high school in Vermont from A to Z — or at least A (Alburg) to W (Wilmington, Whitingham, Whitcomb, Wallingford, Waterbury, etc.). has great stories that should never be lost.

One of the very best of those stories belongs to Pittsford High School.

Pittsford High’s boys basketball state championship in 1961 is a tale made for a movie or a book.

The little school on Route 7 was closing its doors after that school year. It would combine with Brandon to form Otter Valley Union High School.

Pittsford had never won a state crown in any sport. Then, in their very last chance to get one, they did it by beating Marshfield-Plainfield in the state championship game played at Middlebury College.

Winning any state championship is memorable. Winning one at the midnight hour to give the school the best going-away gift possible is amazing.

Royal Barnard, a member of Pittsford High’s last class. said that another class member Ed Wheeler found that 1961 trophy in a landfill sometime around 2005.

The hardware was badly broken but Barnard had it restored and today it sits in the building of the Pittsford Historical Society.

The histories of small schools should never be cast to to wastelands or landfills. They are precious.

Thank you to Aaron Hill, Kevin Thornton, Ed Wheeler, Royal Barnard and everyone else who has the heart of a preservationist.