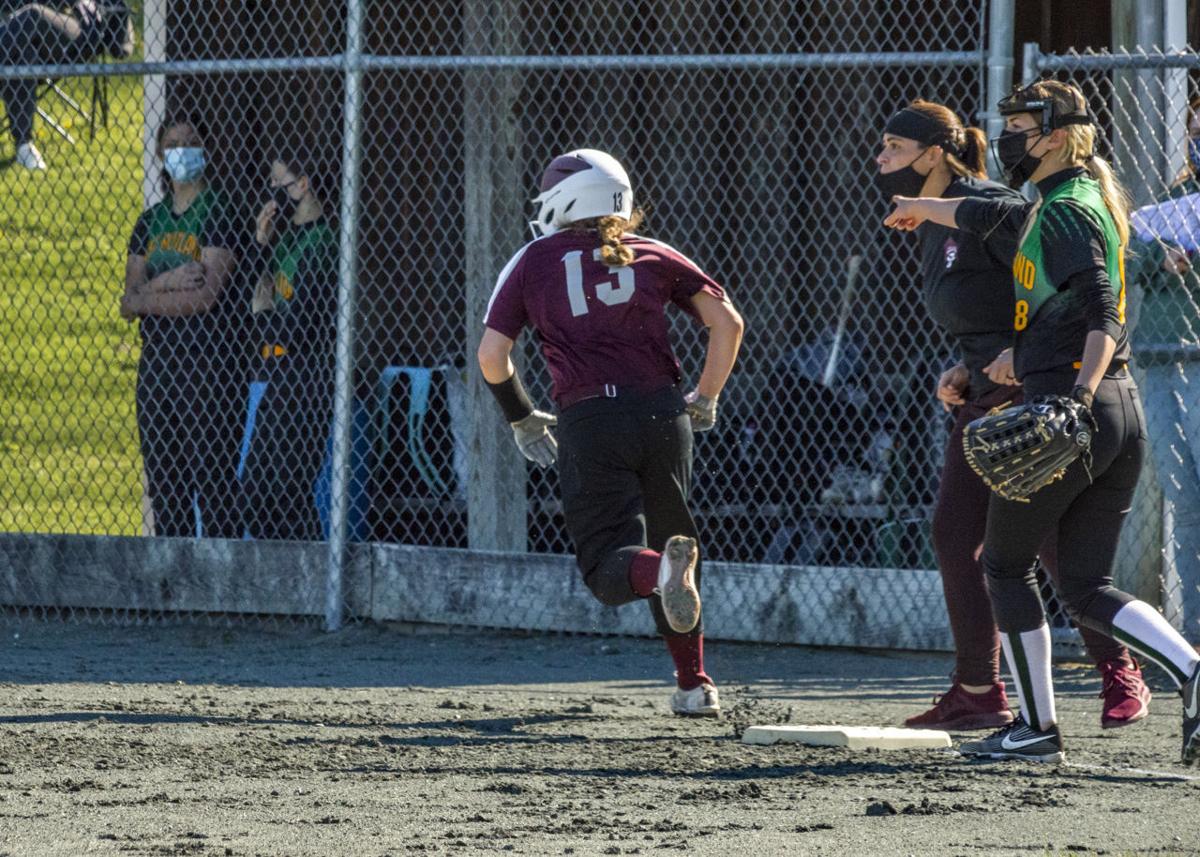 Proctor’s Sydney Wood rounds third base during a game against West Rutland in Proctor earlier in the season. 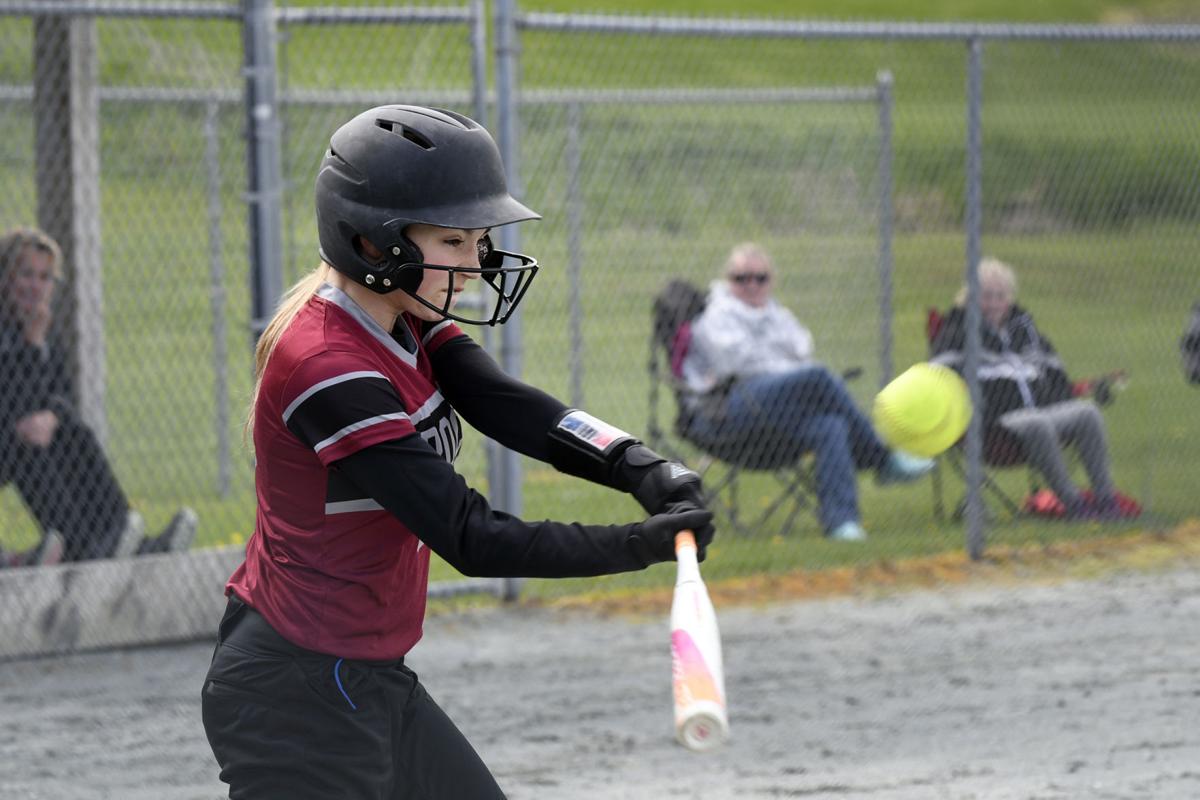 Proctor’s Maggie McKearin hits a single against Leland & Gray during a varsity softball game in Proctor in 2019.

Proctor’s Sydney Wood rounds third base during a game against West Rutland in Proctor earlier in the season.

Proctor’s Maggie McKearin hits a single against Leland & Gray during a varsity softball game in Proctor in 2019.

Isabel Valerio, Kayla Eugair, Amanda Reynolds and Lyndsey Elms. If you are a Proctor softball fan, you know the names of those graduates.

They came back to step into the batter’s box on Friday to take their swings against the current Proctor defense. It was to help prepare the team for Sunday’s Division IV state championship game against top-seeded Danville.

Proctor coach Abby Bennett was calling it a 21-out defensive scrimmage.

She felt the Phantoms made too many mental errors in pressure situations in Wednesday night’s 22-18 semifinal victory over Poultney. This is an attempt to minimize those mistakes.

The Phantoms’ defense was pretty solid throughout the year and Bennett is hoping they can revert to form in that area on Sunday.

The offense is not a problem. Angel Traverse, Janaya Richardson and Isabel Greb, the 7-8-9 batters, can all hit the ball with authority. There is no let up in the lineup.

The Pride has hit 11 home runs over the fence in Danville this season, a park with similar dimensions to the one at Castleton University where the teams will play the state championship game.

“Our top five can hit it out,” Remick said.

The real contrast in the teams is in the circle. Proctor pitchers Hope Kelley and Jenna Davine lob the ball to the plate. It is so slow that it barely makes it to its destination — catcher Sydney Wood’s mitt.

Eighth grader Cassidy Kittredge throws the ball with some velocity for Danville.

Don’t let her class standing fool you. She is unflappable.

“She got in trouble once but got right out of it. She is very composed,” Remick said.

Bennett and Remick believe their teams are peaking.

“There is no question we are playing our best now. The last two games we had solid hitting and no errors. We are running the bases extremely well,” Remick said.

“I like my team. We have got a lot of ways that we can win.”

The Pride won their semifinal game against Blue Mountain 12-2.

Finally Danville and Proctor are getting to play.

These are the same teams that were shut out of the Division IV state championship girls basketball game in March due to COVID protocol.

The Phantoms are gunning for the triple crown. They defeated Hazen in the D-IV girls soccer championship game and were awarded the basketball crown when Danville was unable to play.

Proctor assistant coach Ron Wood watched video of the Danville-Blue Mountain semifinal. He came away impressed with Danville’s hitting and ability to run the bases.

He also saw plenty from Kittredge. That included a very good changeup to go with that velocity.

Bennett said the key to the game will be having Kelley throw strikes.

Bennett is in her sixth season at the helm of the Phantoms and this team has a different look than her others.

“Before we have relied on our defense. But this is the best offensive team here I’ve ever seen,” she said.

It starts at the top where Maggie McKearin is a line drive hitter and good base runner.

Kelley bats second and she knocked in the run that gave the Phantoms the lead in the seventh in the semifinal game.

Wood, Laci French and Rhi Lubaszewski provide a lot of thump in the heart of the order.

French and Lubaszewski have home run power but Bennett said the team does not stress home runs. The batting drills are all about hitting line drives.

Cadence Goodwin has also emerged as a potent hitter.

Ava Marshia is behind the plate for Danville.

“She has a great arm,” Remick said.

No. 1 Danville brings a 13-1 record to Castleton. Its lone loss was a 6-1 decision to Division III finalist BFA-Fairfax in the season opener.

“We hadn’t even seen live pitching before that game,” Remick said.

Two of the losses were to Poultney, the team they beat on Wednesday. Bennett said that is a sign that her team is playing its best at the right time.

The Phantoms last won the crown in 2012. Danville grabbed its last state title in 2016.

The final game of the high school softball season is scheduled to begin on Sunday at 3 p.m. when Essex and BFA-St. Albans meet with the Division I state championship on the line at Castleton University.

The Hornets and Comets split their regular-season games, Essex winning 3-2 and BFA 12-2.

Division I title games have historically been low scoring with terrific pitching.

That was the case in Essex’s semifinal game where Emily Augustino won her duel with Mount Anthony and Sofia Berryhill, 1-0.

BFA is the defending state champion. The Comets edged Missisquoi 3-2 in the 2019 title game.

Essex won the crown the season before that, 3-2 over Mount Anthony.