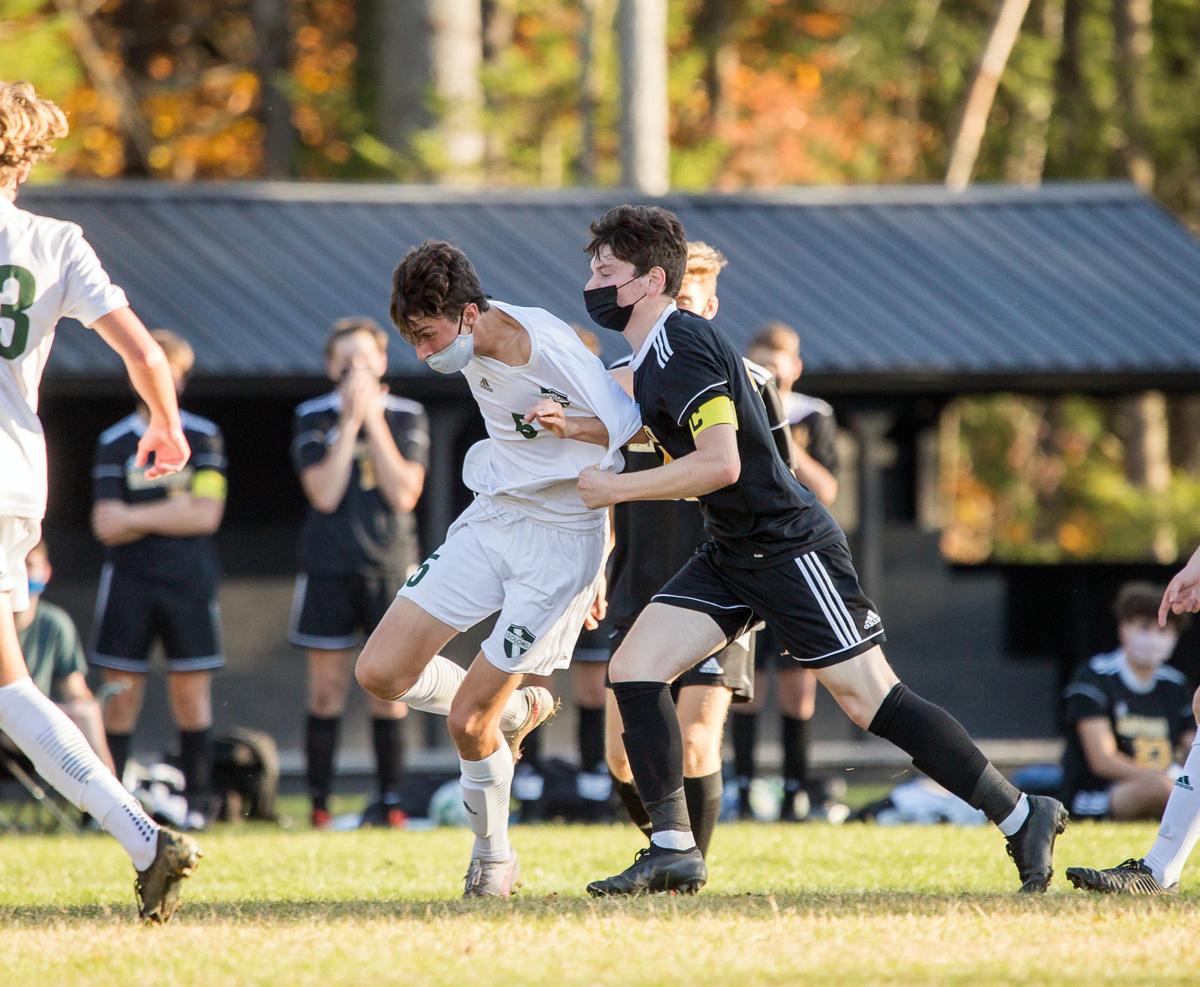 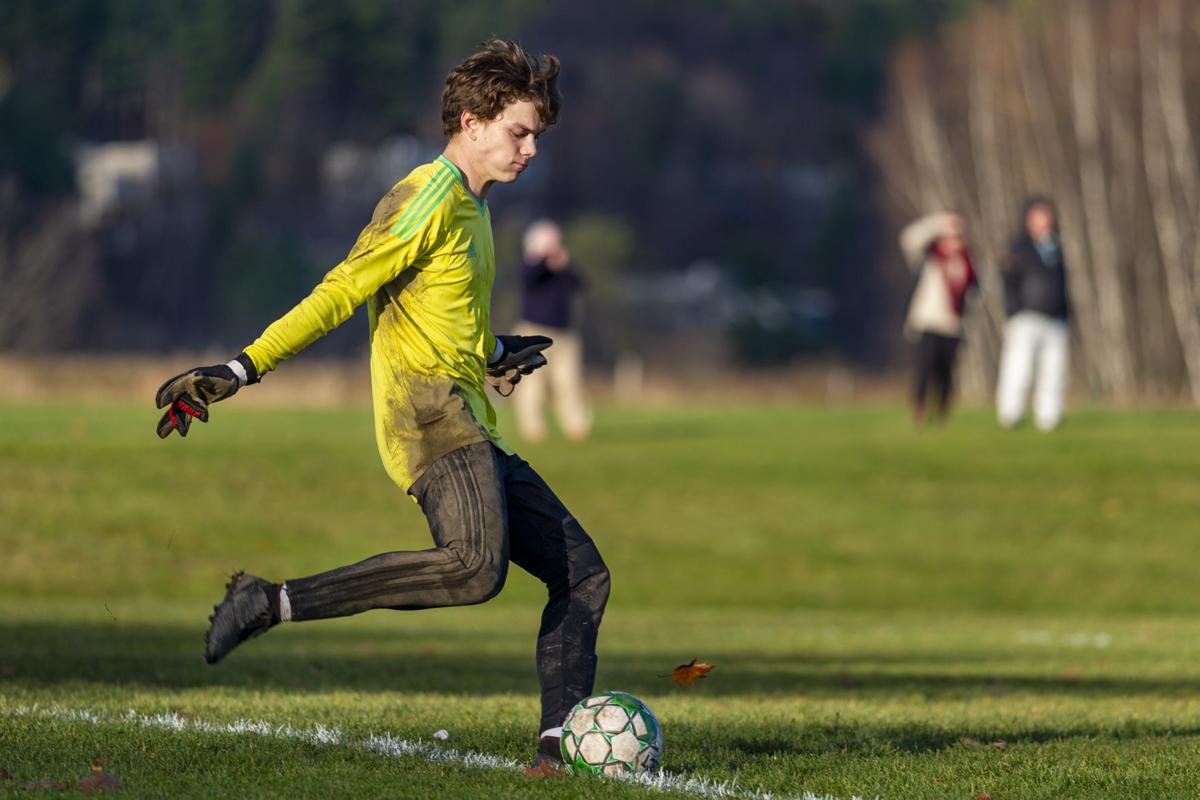 Boys soccer contenders have been in the thick of it for the past month. Now the margins are razor-thin as they jockey for playoff positioning.

A slew of regular-season finales had major consequences on how playoff pairings will shape up in all four divisions. Despite a handful of recent COVID-related postponements and cancellations, the post-season will begin Tuesday with playdowns across Vermont.

Twin Valley is the only reigning champ slated to be a top seed, and the Wildcats (6-1) may be in the most wide-open division of them all. Coach Buddy Hayford’s team suffered its lone loss to Rivendell and barely held off Arlington. The Wildcats are averaging nearly six goals per match, but another title run could involve a quarterfinal vs. Blue Mountain and a semifinal against West Rutland or Arlington.

Green Mountain (9-2) prevailed in its first D-III championship appearance last fall and benefitted from an infusion of talent from recently closed Black River. The Chieftains are among the favorites again along with BFA-Fairfax (7-0), Vergennes (6-1-1), Leland & Gray (4-1-1) and Peoples (5-3). To reach the semis, Green Mountain might face lesser-ranked teams with big dreams like Randolph or Winooski.

Stowe is an eight-time defending champ that moved up from Division III to D-II last year, beating Middlebury in the final. The Raiders (8-1) will be the No. 2 seed behind Milton, which is 8-0 after outscoring opponents 39-4. First-year Stowe coach Shane Bufano picked up the baton this fall, inheriting a team that lost nine starters from 2019. He follows in the footsteps of former coaches Brian Buczek, Gordon Dixon and Jamie Birmingham, all of whom took turns fueling the dynasty. Goalie Isaiah Schaefer-Geiger and the Raiders could host a playdown against Lake Region after edging the Rangers, 1-0, last week. A potential quarterfinal against U-32 or Montpelier may lead to a semifinal clash with Harwood.

Two-time defending D-I champ CVU (8-2) is targeting a No. 2 seed behind St. Johnsbury (6-0). Even through the Redhawks have outscored teams 24-8, they are not the shutout factory of previous years. The Redhwaks’ only hiccup was a 2-1 loss to Essex. A rematch with the Hornets may be a week away in the semis.

1. CVU (8-2) Coach Rob Cole and the Redhawks have a chance to bring home the program’s 20th title. Thursday’s 3-0 victory over Rutland gave the team its fifth shutout, but it was 1-0 at halftime and the Raiders hung around late. Two goals by Holden Batchelder paced CVU, which could face Spaulding in the playdowns before a potential quarterfinal vs. Rutland or Brattleboro.

2. Essex (6-1) Stefan Digangi (one goal, one assist) and Andrew Seavers (three saves) propelled the Hornets to Friday’s 2-1 victory over South Burlington. Coach Jake Orr and the Hornets snapped CVU’s 37-game undefeated streak three weeks ago and could play the Redhawks again in less than two weeks. BFA-St. Albans and Colchester would love to oust Essex before then.

3. Burlington (5-2-2) Friday’s scoreless tie against Mount Mansfield followed up victories over CVU and Colchester. The Seahorses’ first two playoff games may have a Southern Vermont theme if they play Brattleboro and Burr & Burton. A semifinal with BHS at St. Johnsbury could be in the cards.

4. St. Johnsbury (5-0) Harwood transfer Liam Laidlaw scored on a penalty kick in the 85th minute to help the Hilltoppers close out a perfect regular season with Thursday’s 2-1 victory over Montpelier. Gardner Auchincloss tallied the opening goal in the 74th minute for St. J, which nearly won in regulation before MHS scored with five seconds on the clock. The Hilltoppers have allowed three goals and are also fresh off one-goal victories over Harwood and U-32. A 3-0 victory over North Country was the only match against a D-I opponent.

5. South Burlington (4-4-1) Sumner Nenninger scored and goalie Tenzin Yeshi stopped six shots Friday as their team fells short against Essex, 2-1. The Wolves will play without longtime coach David Martin for the remainder of the season, but they’ll hope to make him proud with a dark horse title run. The upcoming week might feature clashes with Northeast Kingdom opponents North Country and St. Johnsbury.

6. Colchester (5-4) Adolphe Alfani scored twice in a three-minute span and Domenick Puttlitz made 13 saves as the Lakers rallied late during Thursday’s 2-1 victory over Rice. The Lakers haven’t been to the semifinals in five years and haven’t advanced to the semifinals since their title campaign in 2013. They may get a rough draw this time around if they’re forced to play Mount Mansfield and Essex.

7. Mount Mansfield (3-4-1) Will Hauf (two goals) and Tabor Crary (one goal, two assists) led MMU to a 5-1 victory over BFA-St. Albans. Crary hit the crossbar in overtime during Friday’s 0-0 draw with Burlington. The Cougars will take on the mentality of Road Warriors for playoffs.

8. Milton (8-0) Friday’s 5-0 victory over Middlebury was the exclamation point to a perfect regular season. Cooper Goodrich and Zack Logan have been hot for the Yellowjackets, who scored nine second-half goals in a 9-0 victory over Mount Abraham.

9. Stowe (7-1) The Raiders locked up another Capital Division title with a 3-2 victory at Harwood. Thursday’s 3-0 victory over BFA-St. Albans gave Bufano and his team home-field advantage through the semifinals.