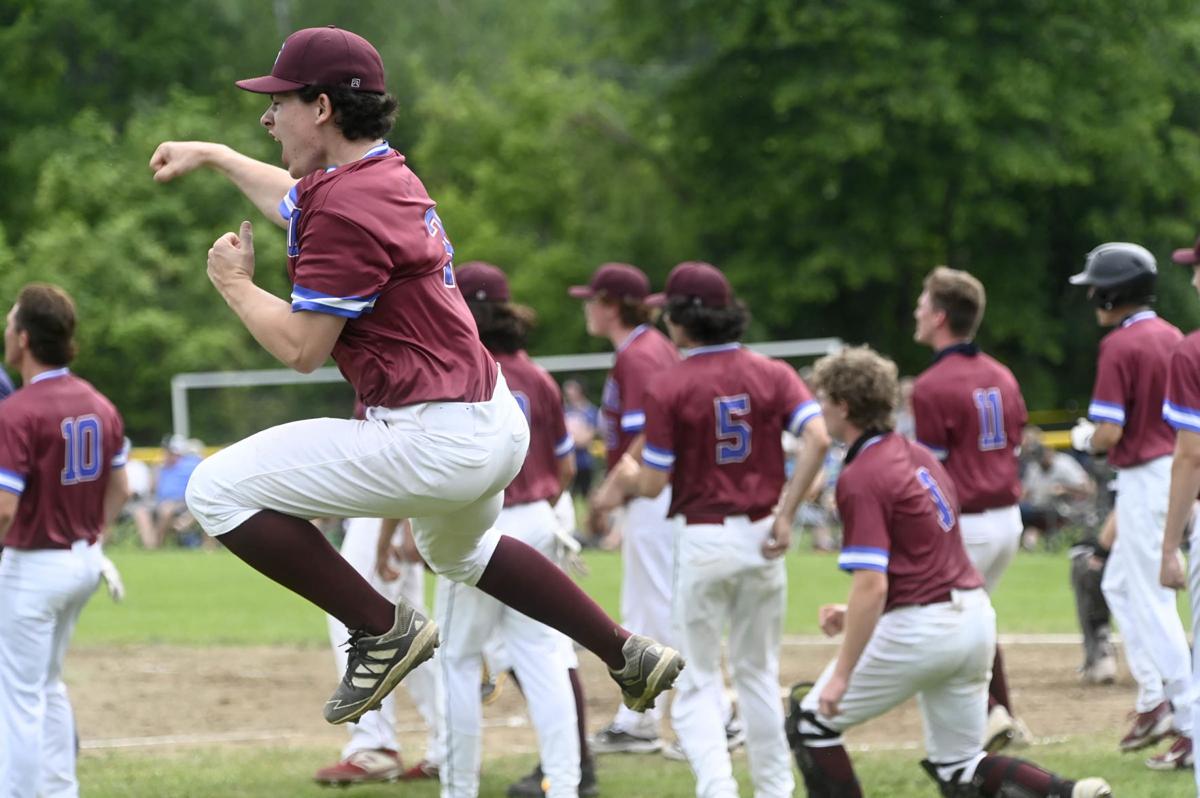 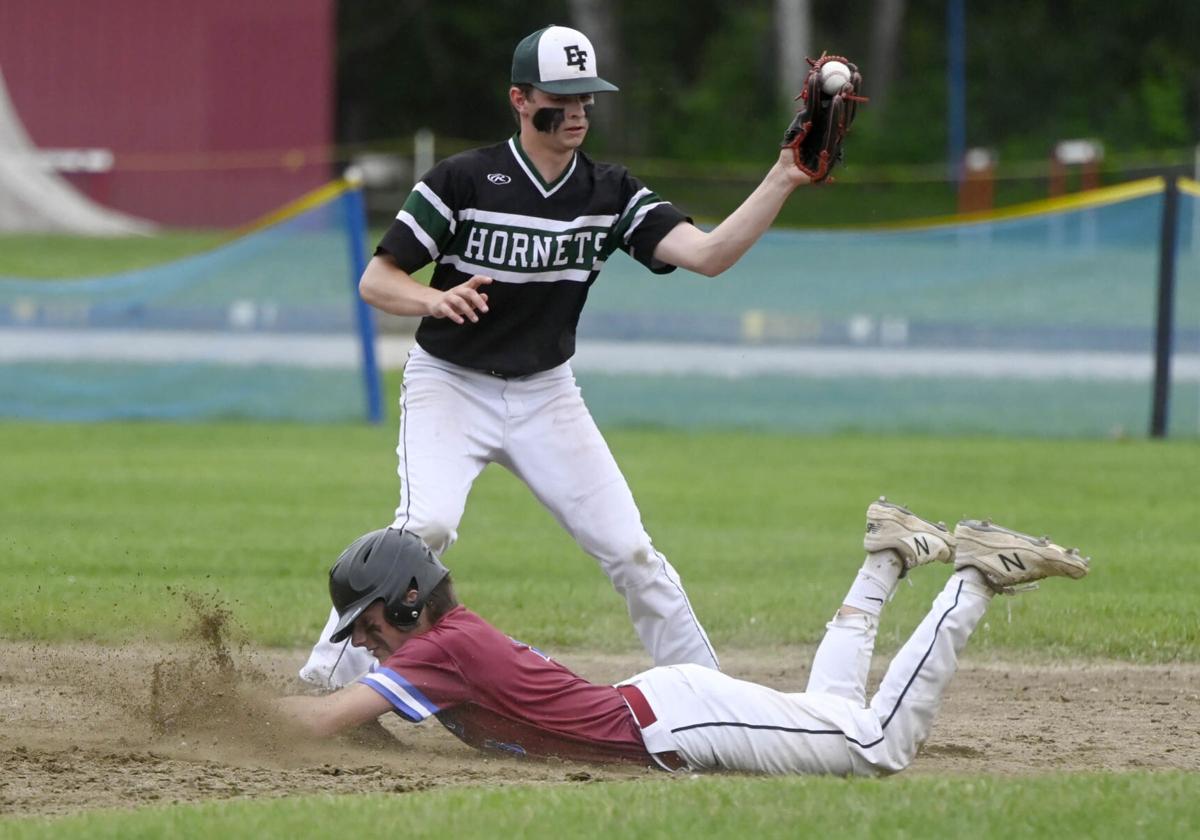 Spaulding sophomore Trevor Arsenault steals second base ahead of the tag attempt from Enosburg’s Brandon Parent during their Division II baseball semifinal game on Tuesday. 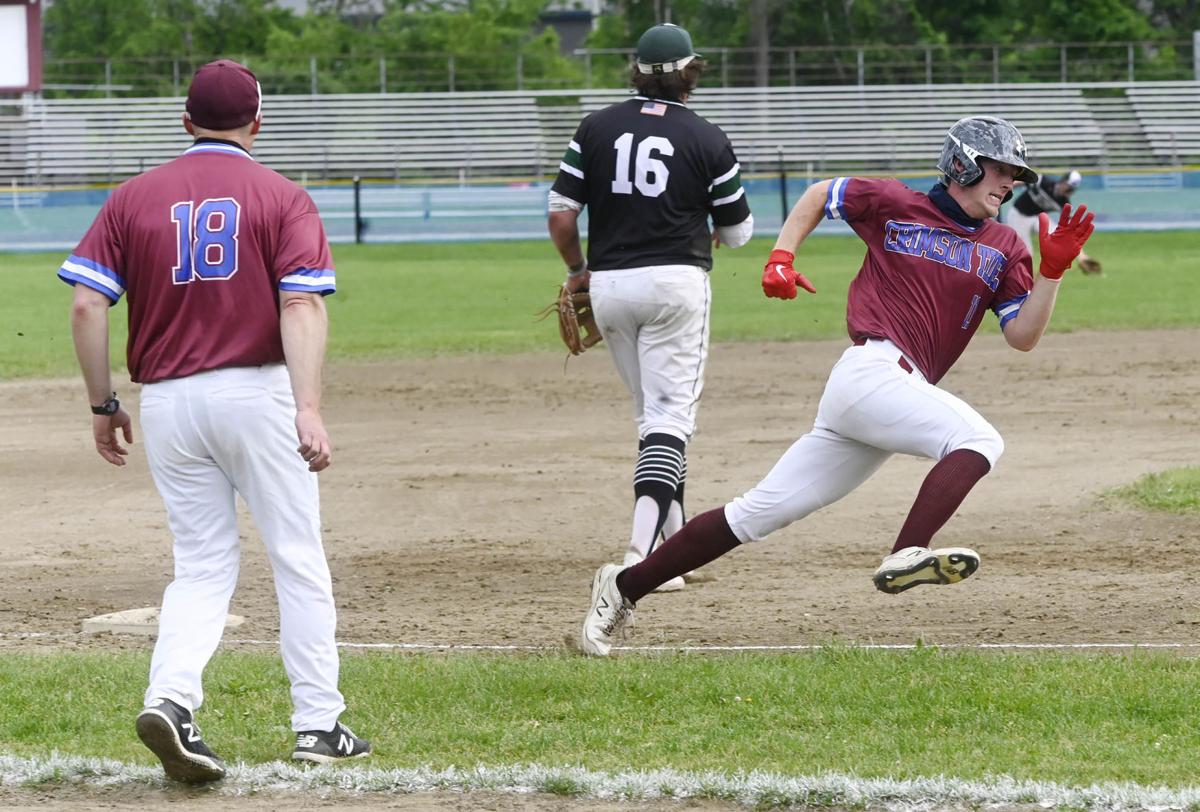 Spaulding senior Zach Stabell rounds third base as he scores during the Crimson Tide’s semifinal game against Enosburg on Tuesday.

Spaulding sophomore Trevor Arsenault steals second base ahead of the tag attempt from Enosburg’s Brandon Parent during their Division II baseball semifinal game on Tuesday.

Spaulding senior Zach Stabell rounds third base as he scores during the Crimson Tide’s semifinal game against Enosburg on Tuesday.

BARRE— It’s been 31 years since the Spaulding baseball team played for a championship title.

The Tide put the game out of reach early. With two outs in the bottom of the first, Zach Stabell reached first base on an Enosburg throwing error. Trevor Arsenault was hit by a pitch and Kieran McNamara hit a double to knock in Stabell. Zachary Wilson followed with a two-run single, driving in Arsenault and McNamara to make it 3-0.

“(Lovelette) started off with a curve ball and then I just sat on a hard fastball,” Bachand said. “I threw my arms at it and it worked out.”

“I just had a strong field behind me and threw strikes,” Kennedy said. “That’s it. We’ve got a solid group. It’s been a fun season.

Bachand came in for relief and finished up on the mound, striking out four. The Hornets left nine runners stranded on base.

“We asked (Kennedy) to just go out and throw strikes,” Spaulding coach Dan Kiniry said. “Enosburg has some really good batters. Our strategy was don’t give them the free passes. Hayden did an amazing job. That takes dedication to his pitching craft. He can make a pitch in the right spot, so did (Bachand).”

Peter Stiebris hit a double for the Hornets.

“(Spaulding) came out swinging a very hot bat,” Enosburg coach Rodney Burns said. “We knew coming into the game (Spaulding). They’re a good offensive team. We let balls go in the middle and they were able to take advantage of it.”