Skip to main content
You are the owner of this article.
Edit Article Add New Article
You have permission to edit this article.
Edit
Welcome, Guest
Home
News
Obituaries
Opinion
Sports
Features
Community
Classifieds
1 of 3 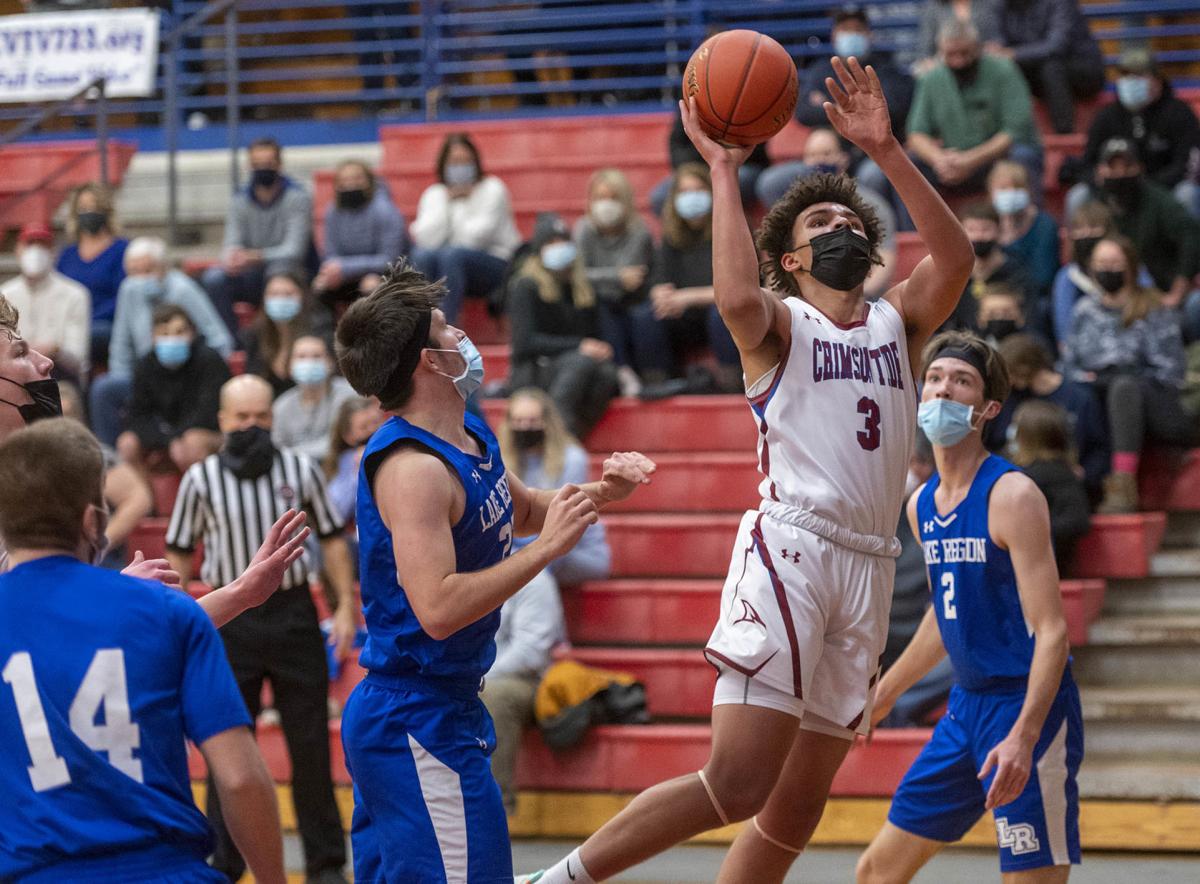 Spaulding junior Tavarius Vance shoots in the lane during the first half of the Crimson Tide’s game against Lake Region on Friday. 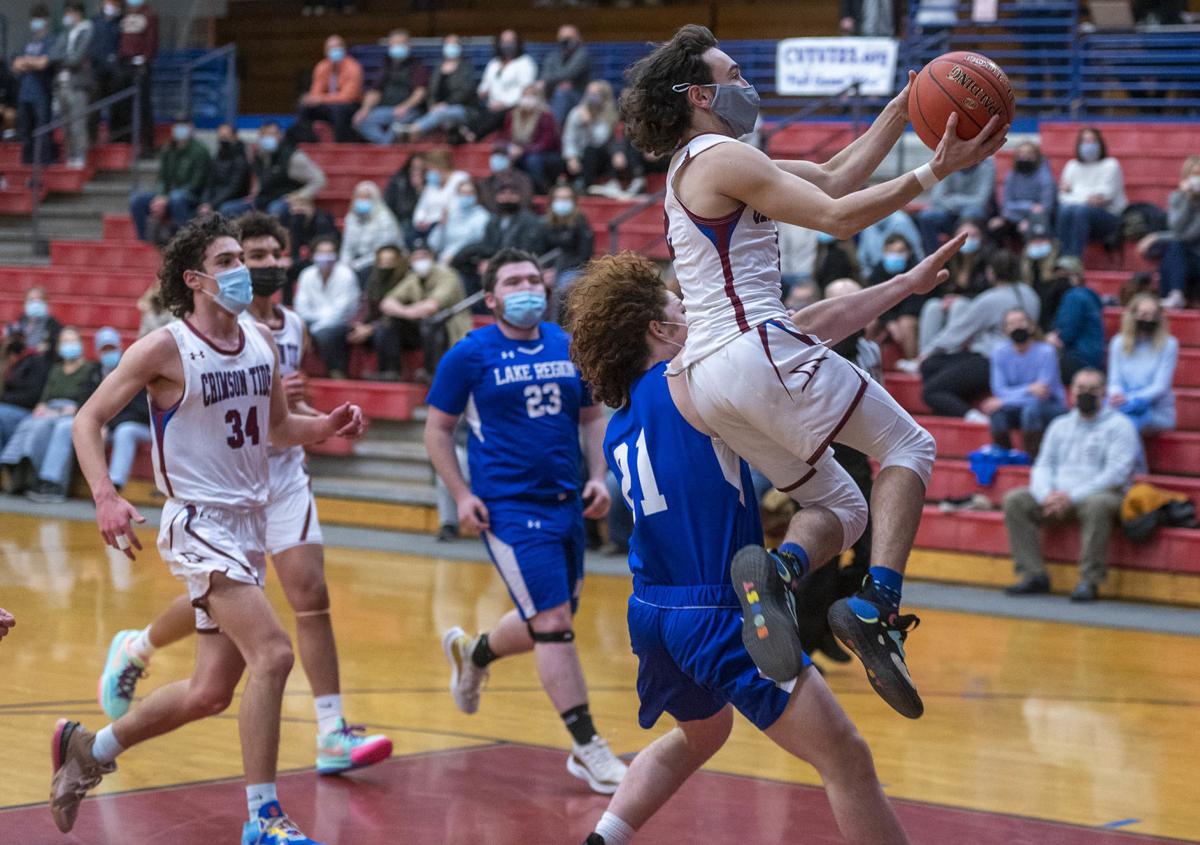 Spaulding senior Grady Chase drives to the hoop as Lake Region junior Charlie Thompson defends during the first half of their game Friday. 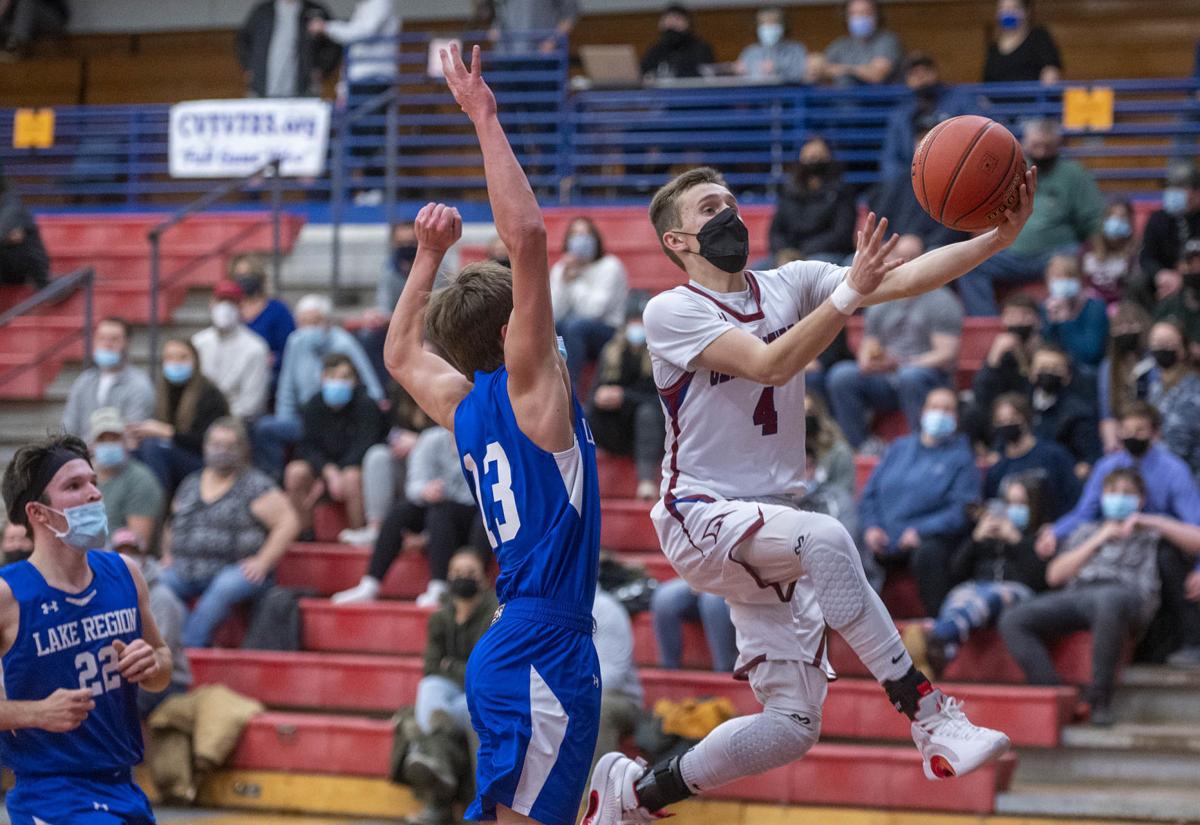 Spaulding junior Cole McAllister flies past the defense of Lake Region senior Connor Ullrich during a first half fast break in their game Friday.

Spaulding junior Tavarius Vance shoots in the lane during the first half of the Crimson Tide’s game against Lake Region on Friday.

Spaulding senior Grady Chase drives to the hoop as Lake Region junior Charlie Thompson defends during the first half of their game Friday.

Spaulding junior Cole McAllister flies past the defense of Lake Region senior Connor Ullrich during a first half fast break in their game Friday.

BARRE — It’s no secret that the Spaulding boys basketball team can put some points on the scoreboard.

But which Tide player is going to shoot the lights out on any given night remains a mystery.

Tavarius Vance was the go-to guy Friday, scoring a game-high 15 points during a 72-31 victory over Lake Region.

Riley Severy poured in six quick points to start the third quarter for Spaulding and finished with 10 points. Sam Wilcox also tallied 10 points for the Tide, while Cole McAliister added eight points in the victory. Teammates Grady Chase and Mason Keel chipped in with six points apiece. Noah Ronson and Isaiah Terrill each scored four points for the 6-1 Tide, who boast a 27-point average margin of victory.

“We knew we wanted to play really fast-paced that first quarter,” Spaulding coach Jesse Willard said. “Because from our pressure defense in the other games we’ve had this season, we know it helps our offense get going when we start out quickly on the defensive end.”

Vance was unstoppable in the first quarter to help his team pull ahead by 17 points. He threw down a dunk in the second quarter to fire up his teammates and the Crimson Crazies fan section.

“He came out hot tonight and he had 10 points in the first quarter,” Willard said. “He played almost the whole first quarter and then he worked into the rotation. He’s a big part of our offense, and that’s a big part of our whole team’s strength. Against U-32, Andrew Trottier put up 15 points. And Isaiah, Cooper (Diego) and Cole McAllister also had big nights. We go to Lyndon and we get double-digits from Riley, Isaiah and Cooper. We’ve got a lot of guys who can score.”

Lake Region’s Cater Montgomery recorded eight of his 13 points in the third quarter. Charlie Thompson finished with eight points for the Rangers (0-6).

“We wanted to keep our foot on the gas because we have the athletes and the depth,” Willard said. “We try to think about, ‘What’s going to be most successful for us in the long run?’ If you have a smaller team that’s not quite as athletic, you want to reduce the number of possessions. And I think we’re that team where we want as many possessions as possible.”

Spaulding hasn’t always been at full strength during the past few weeks, but most opponents have played short-handed as well due to Covid-related issues.

“We are dealing with it too, but we’re fortunate that we have the depth that we can get away with it,” Willard said. “We got Grady back tonight, but we lost another player to quarantine. It seems like we constantly have one starter coming and another going. We’ll keep doing what we’re doing. Hopefully everybody is back and healthy in the second half of the season. But we’re making sure everyone is getting on the floor and getting experience.”

The Tide rattled off nine unanswered points in the opening two minutes, resulting in a Lake Region timeout. A 3-pointer by Vance from the left corner extended the lead to 12-0. The Rangers finally connected on a 3-point attempt from the right side to get on the scoreboard midway through the opening quarter. Vance’s runner in the lane helped trigger a quick 8-2 Tide run and then Wilcox closed out the quarter with a short jumper for a 22-5 lead.

Keel kept the Tide in command at the start of the second quarter by draining a 3-pointer. David Piers responded with a shot from downtown on Lake Region’s next possession, only to watch Wilcox counter with a steal and a layup. Lake Region scored to make it 29-10, but a minute later Vance threw down a dunk in transition.

McAllister and Zack Wilson added layups before RJ Saldi swished in a 3-pointer. Chase set up Ronson in transiton for a 40-10 halftime advantage.

Piers scored at the start of the third quarter before Severy kicked the ball out to Vance for a 3-pointer. Terrill assisted Severy on the Tide’s next possession, but Montgomery answered with three quick buckets for the Rangers.

An off-balance runner by McAllister gave the Tide a 47-18 lead before Lake Region’s Connor Ulrich countered with a 3-pointer. Trottier assisted Severy for an easy layup, though Montomery stayed hot with another basket for Lake Region. Chase nabbed a steal and darted in for a layup and then Severy scored again. Trottier picked the Rangers’ pocked and scored in transition to keep his team in the driver’s seat.

Ulrich and Thompson scored for the Rangers, but a putback by Wilcox gave the Tide a 61-27 lead at the end of the third quarter. Keel hit a 3-pointer at the start of the fourth quarter to help lock up the final outcome. Spaulding will travel to play Lamoille at 7 p.m. Wednesday.

The Solons established a 26-8 lead in the first quarter and never let up offensively. Montpelier led 46-21 entering halftime and enjoyed a 66-33 advantage after three quarters.

“We felt good to coming out and we had a pretty good first half,” MHS coach Nick Foster said. “We played with a really good effort early in the the game. And today, the scoring came along with it. We shot the ball well and and shared the basketball well.”

“There was no JV game tonight, so it’s nice to show up to the gym an hour early and be able to go through a normal shoot-around,” Foster said. “It’s the first time we’ve played twice in three days since the first game of the season, so it’s good to get into a game rhythm.”

Evan Sanborn (16 points), Chevy Bandy (12 points) and Austin Wheeler (nine points) led the Vikings, who made two 3-pointers. Lyndon went 8 of 11 from the foul line, while Montpelier went 2 of 2 from the stripe. Foster’s team connected on 11 attempts from 3-point range.

“The starters have all played really well individually and they’re beginning to fit really well together,” Foster said. “We’re only six games in, so we’re still working on some things. But we’re knowing where to find each other and we’re running the floor well. And the more we play, we’re going to get even better.”

SOUTH BURLINGTON — Ryan Sweet was front and center on the Raiders’ pre-game scouting report but still punished the visitors with 17 first-half points Friday.

“We talked about trying to contain Sweet a little bit, and our defense improved,” U-32 coach Dan Gauthier said. “He was a guy who created opportunities for himself by getting turnovers. So us limiting him in the second half definitely helped.”

U-32 trailed 39-24 at the break and entered the final eight minutes staring at a 55-41 deficit. Sandberg scored seven points in the fourth quarter, while Quebec-Hill added five points down the stretch.

“Riley hit two 3-pointers in the third, and they were timely 3s,” Gauthier said. “We were down 20 near the end of the quarter, and Riley hit a 3 to cut it to 17 (points). We got a stop, and as time expired at the end of the third Riley got another one to cut it to 14. So that brought it to within striking distance.”

South Burlington went 7 of 8 from the line and made seven 3-pointers. U-32 was 5 of 13 from the stripe and hit four 3-pointers.

“We knew traveling up to South Burlington was going to be a challenge for us, playing a good Division I team on their home floor,” Gauthier said. “Their physicality and pressure surprised us, especially early. In the first half a lot of it boiled down to turnovers, and it led to easy baskets for them in transition. We talked about at halftime how our defense isn’t bad. But also that a lot of times we weren’t even giving ourselves a chance to defend because of turnovers. We cleaned that up in the second half, but we still weren’t able to score at the same pace as them. We came out and won the third quarter, outscoring them 17-16. After Riley’s two 3’s, it felt like maybe the momentum would shift. But in the end we ran out of gas. A missed shot for us turned into a 3 for them and they started to stretch the game out. And that was ultimately the end of the game. But we cleaned up some things that we talked about and hopefully that carries over to our game against Montpelier.”

HYDE PARK — The Highlanders struggled to score but dug deep defensively and found a way to outlast the Lancers during a close Capital Division showdown.

“It was a good game from start to finish,” Harwood coach Jay Bellows said. “But Lamoille is very well-coached and was relentless with pressure while hitting some 3’s down the stretch to close the lead from seven points to two points with a minute left. But two clutch foul shots by Tobey (Bellows) secured the game. We have a young trio of guards: Tobey is a sophomore and Cooper Olney and Boone Maher are both juniors. And they showed great poise and composure all night with just one turnover between the three of them. Chris James, Zach Smith and Lewis Clapp played a very strong-and-scrappy game, winning a lot of 50-50 balls and forcing turnovers in transition.”

“Cole Hill continues his climb back into things after a very big injury,” coach Bellows said. “He looked very strong tonight both on the glass and with the ball.”

“It was a night where our shots just weren’t falling at all,” coach Bellows said. “And in seasons past, we would have just folded. But this group is growing up nicely and learning how to control pace and take care of the ball. This game was really great for us: more for how we reacted when things weren’t going our way than for the outcome. This will help us continue to build character, and hopefully get us to where we want to be at the end of the season. And that, for us, is being a very difficult team to beat.”

Keep rolling, Tide boys! You guys have the talent and the drive to bring it home this year!