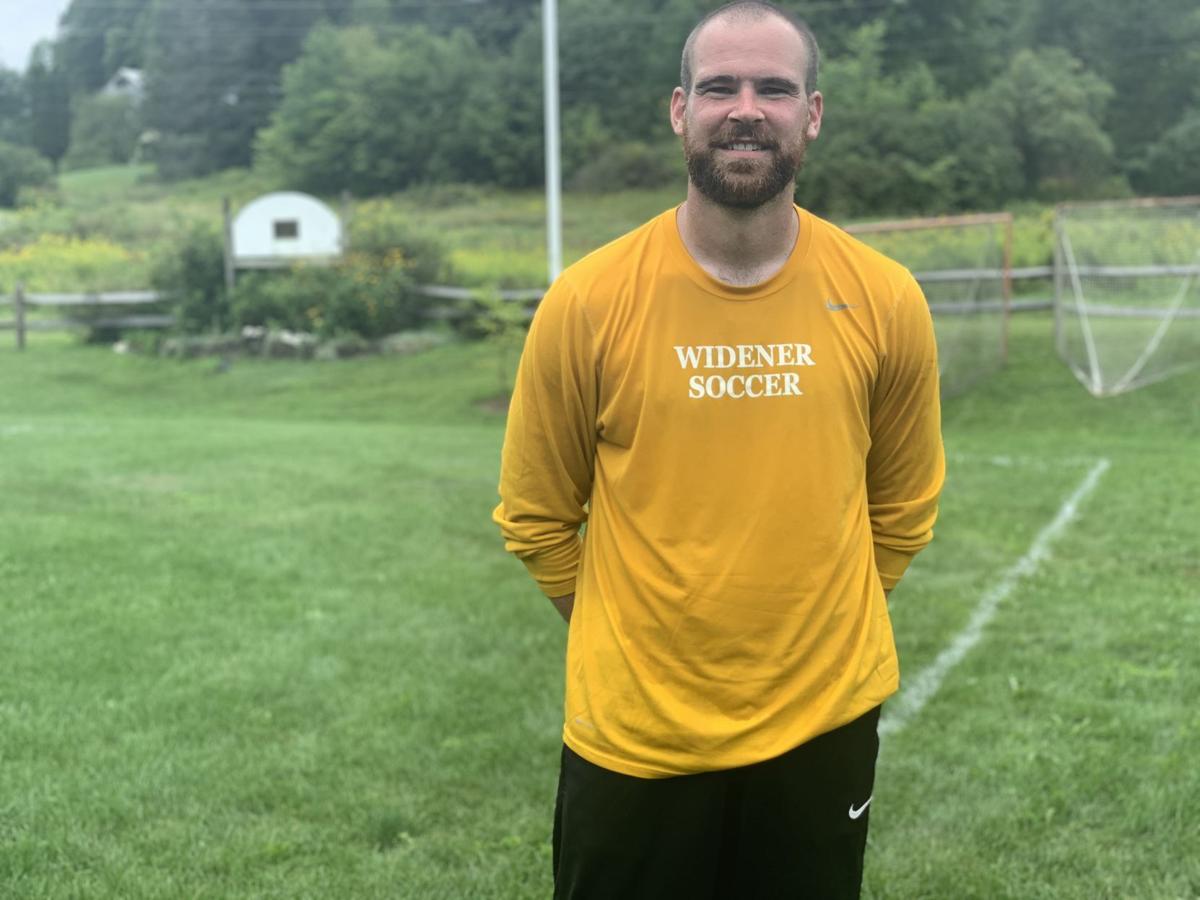 Randolph Athletic Director Ben Diller stands near the sideline of a soccer field. 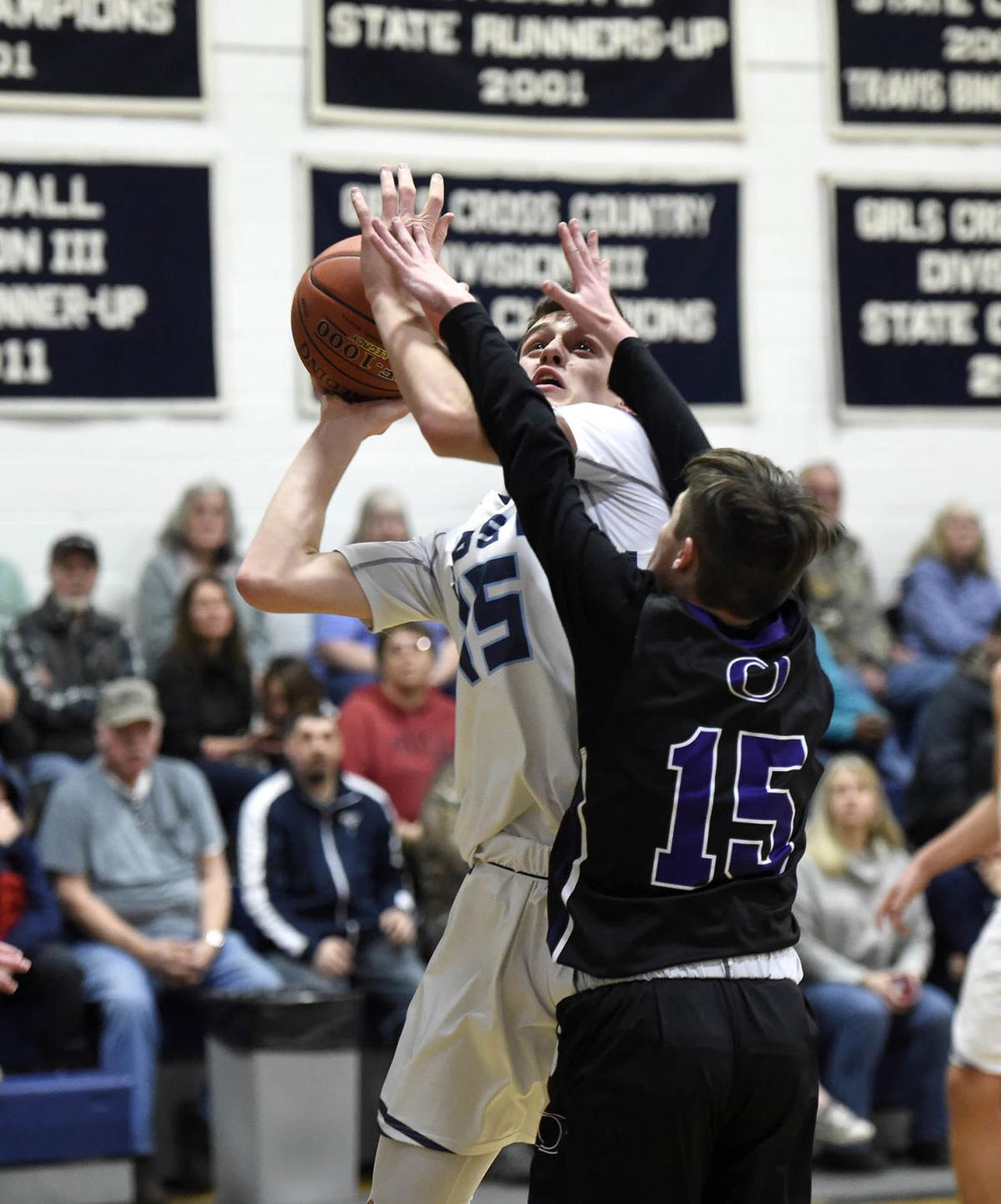 Randolph Athletic Director Ben Diller stands near the sideline of a soccer field.

Randolph Athletic Director Ben Diller is an energetic journeyman who’s settling in at the Central Vermont high school after an unpredictable beginning.

The Pennsylvania native was just a few months into his new role in 2020 when Covid led to a statewide lockdown and the cancellation of spring sports. The Galloping Ghosts dealt with pandemic-related restrictions during the most recent fall, winter and spring seasons, forcing Diller to constantly improvise and adjust to the latest guidance from health officials.

The school’s 2021 campaigns are set to kick off shortly for soccer, cross country running, volleyball and bass fishing. It’s no surprise that Diller is working around the clock again in an attempt to keep everyone happy, healthy and engaged.

The Ghosts AD is fully aware that some of his most important job duties involve clerical tasks and busy work that occur far away from any sports field. But when it comes to athletic knowledge and game-day tactics, his legitimacy can’t be questioned.

Diller was a three-sport standout at Central Dauphin High School before excelling as a soccer goalie at Alvernia University. The three-year starter earned All-Conference twice at the NCAA level and was also an All-Region selection.

After receiving a secondary education degree in 2013, he served as an assistant soccer coach for Widener University in 2014 and 2015. He landed at Lock Haven University for another two-year coaching stint before accepting a position at the College of Saint Rose.

Diller replaced outgoing Ghosts AD Steve Croucher prior to the 2019-20 winter season and has called Vermont home ever since. Making the transition back to high school athletics has been no walk in the park, and he faces many of the same challenges as other small-school ADs in a state battling shrinking enrollment numbers.

But Diller is up for a new challenge every day he heads to work and it’s clear that he’s an administrator who can talk the talk and walk the walk. His hand-eye coordination, fitness and other physical abilities set him apart from many of his peers, allowing Diller to relate to student-athletes in a down-to-earth manner.

Here are a variety of questions for Diller heading into season-opening action later this week:

TA: Do you think your background playing so many sports and then coaching is a big positive for you as the Randolph AD?

Diller: “Yeah. I started here in November of 2019 and, needless to say, I didn’t have a first spring. And then my first fall school year was last year, so there was a bit of an asterisk by it. But overall the last two years now, for just about every single sport that we offer here, I have at least some modicum of experience either playing or coaching at the high school or collegiate level. And so while I’m trying not to overstep my bounds by trying to force ideas and processes onto the coaches, I would like to think that most of them have realized by now that I can be a convenient resource for them to go to if they’re trying to figure out how to address a situation in terms of the tactical side of the game. As well as what type of deviations can be put into their practices and how to maximize the potential out of the students — and not just as athletes. And especially the team captains.”

TA: You played soccer, volleyball and basketball for high school. Is it easier for you to relate to all the athletes here because Randolph has all three of those sports?

Diller: “I believe so. And I also played baseball growing up. We don’t have golf or tennis here, but I’ve played both of those recreationally. With soccer and basketball and volleyball, I’ve coached all three of those sports at the high school level. And I coached soccer and volleyball at the collegiate level. I helped establish a club volleyball team at Alvernia and I’ve done extensively more coaching with soccer. The experience within those have certainly made the transition easier. Soccer, from the goalkeeping aspect, is a very niche role that a lot of the coaches in the area might not have that experience with.”

TA: What was the timetable with your jobs after college and how did the application process at Randolph play out after you found out about the job opening?

Diller: “I graduated from college in December of 2013 and then the fall of 2014 and 2015 I was assistant coach at Widener within the men’s soccer program. And then the fall of 2016 and 2017 I was an assistant head soccer coach at Lock Haven University in Central Pennsylvania. And then in April of 2018 I moved to Albany, where I worked at the College of Saint Rose. I was doing a little bit of admissions work, but then some athletic admin and some work focussing primarily on NCAA compliance and eligibility. And within my coaching roles I was doing plenty of equipment management and fundraising and budget work and travel planning. So there was a lot that carried over into the responsibilities here. And when I was looking to leave Saint Rose, it was because my position was transformed more into admissions first. My athletic responsibilities were put on the back burner and identified as secondary. So I knew I had to find something new so I didn’t burn myself out doing something I didn’t enjoy. And I came across the job posting in November of 2019.”

TA: What were some of the lessons or takeaways from being at Randolph during the start of the pandemic and the last year-and-a-half since then?

Diller: “The biggest thing that everyone kept hammering home to me was, ‘Look, if you can make it through this school year, everything else will be unbelievably easy.’ Because the adaptability and the flexibility needed in order to make sure that the things that were happening could continue to happen was the biggest part. And trying to find a way to communicate all of the little changes that were happening within the community was a broader form of communication than I was used to. Because a lot of my college work was very 1-on-1 with families and not broad, general messaging.”

TA: Have things gone pretty well in general during the first week of preseason?

Diller: “Yeah. Both of my varsity soccer coaches were saying that numbers-wise, the buy-in from the athletes and the level of effort that was being shown is exactly where they want it to be. The biggest concern they really have at this point is just making sure that everyone stays healthy. My cross country team does most of their running off site, but I’ve been able to stay in touch with that coaching staff fairly regularly. The volleyball program has had their practices running, albeit with smaller numbers at this point in time. Bass fishing are up and running too. With their practices, I’m a little bit more hands off because it’s such a different style of sport. There’s not really much that I can offer them in the way of gaining help. It’s just making sure that registration fees and all of that stuff is sorted when it comes time for their competition.”

TA: Randolph is right next to the center of Vermont geographically. So is that a big help transportation-wise or with playing both northern and southern opponents?

Diller: “I actually threw together a personal cheat sheet for myself in terms of schools in conference and schools that are not a part of the NVAC but are nearby. Other schools, if they’re really stretching themselves, they could be looking at a three-plus hour trip. And the farthest where we would ever have to go — and only in playoffs reaching the absolute corners of the state — would be just over two hours. And as we look at just about any sport and the opportunity for non-conference play, we’re pretty well sought after because of the convenience of how easy it is for us to get to other schools — and how easy it is for other schools to get to us.”

TA: You have over 40 programs overall if you count the sub-varsity ones. Does the participation rate seem pretty solid right now for Randolph athletics?

Diller: “The last couple years there has been a noticeable dip, at least from what I was told. Some of our programs that used to be regularly cutting kids at the high school level are now just barely fielding a varsity and a JV team. Or in the case of some of our programs, they’re barely fielding a varsity team. I don’t know if the structure of Covid last year had a huge impact on that. Our registration numbers this fall, from last fall, are higher in three sports and lower in two sports at the high school level. And then at the middle school, current registration rates look about even compared to what they were last year. Over the last couple years, with the overall co-curricular standard, it’s been much more difficult to field a full roster of teams. I’m sure we’re not the only school that has this problem, but we’re trying to make sure we’re offering co-curriculars that people are interested in — but not stretching ourselves so thin that because we had so many offerings, we can’t support the programs fully.”