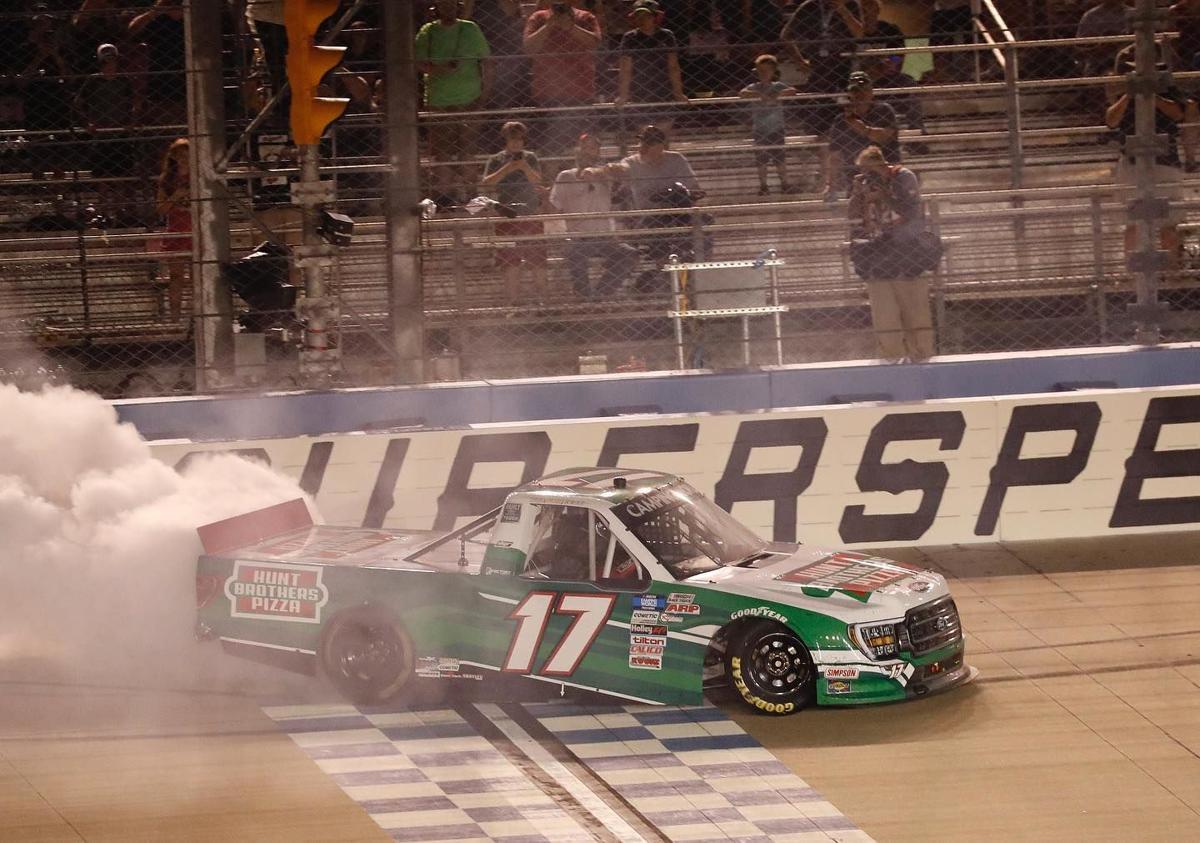 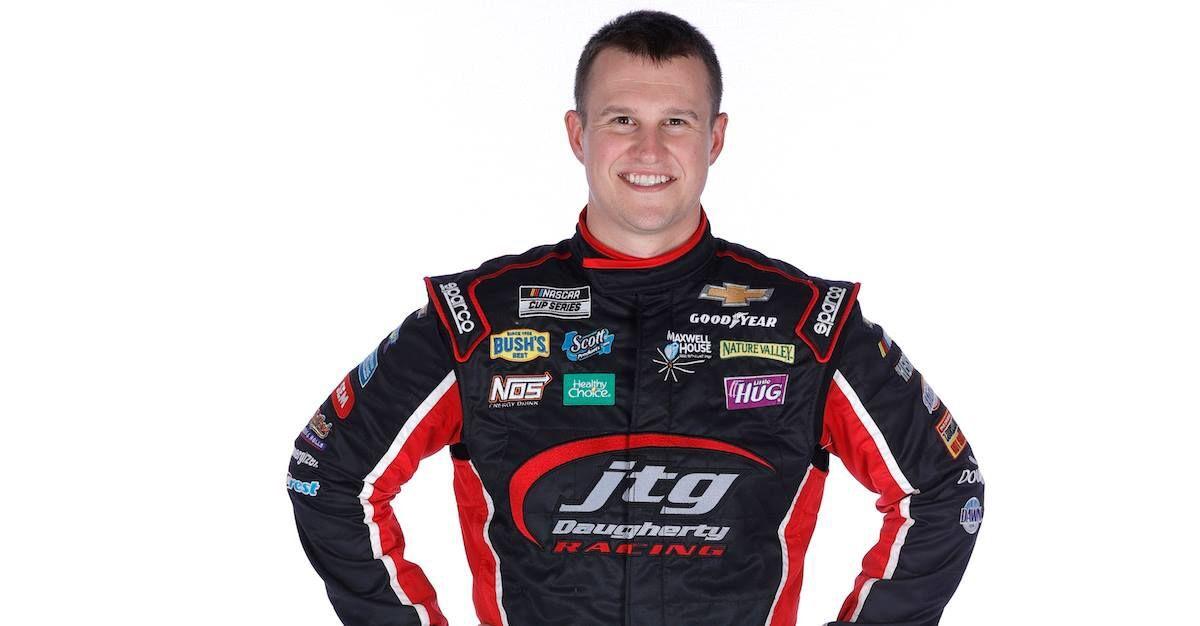 NASCAR driver Ryan Preece poses before the start of the season. 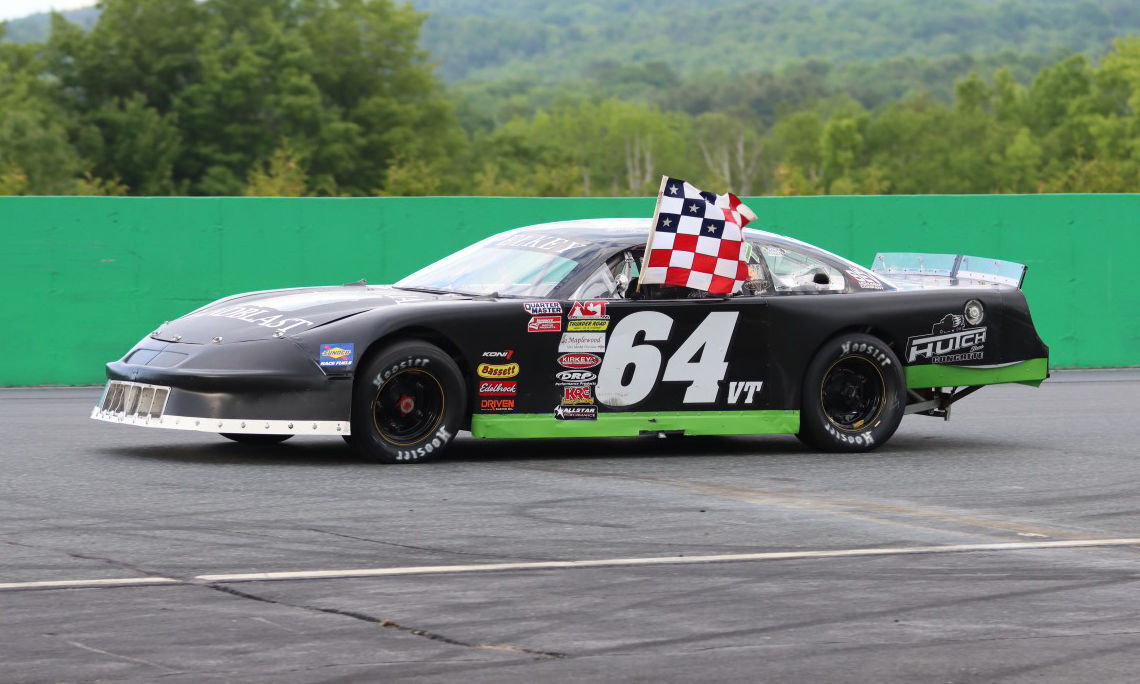 Graniteville’s Christopher Pelkey, who won last Friday’s Late Model event at Thunder Road, is one of the leading contenders to beat Ryan Preece at the Vermont Governor’s Cup

NASCAR driver Ryan Preece poses before the start of the season.

Graniteville’s Christopher Pelkey, who won last Friday’s Late Model event at Thunder Road, is one of the leading contenders to beat Ryan Preece at the Vermont Governor’s Cup

The Connecticut native will take on a large field of talented Late Model racers defending their turf against the well-known invader.

Preece will have 150 green-flag laps to figure out the “Nation’s Site of Excitement” while attempting to accomplish something drivers like Kyle Busch, Tony Stewart, Clint Bower and Ken Schrader have been unable to: Take home the victory. He will be in a car prepared by Dale Shaw, an established Northeast chassis builder. Dale Shaw Racecars have already earned multiple Late Model wins this year at Thunder Road and with the American-Canadian Tour. Shaw, a multiple-time winner with ACT and the NASCAR Busch North Series, will also serve as Preece’s crew chief.

“I guess the pressure’s on, huh?” Preece said in a recent interview. “It makes me super-optimistic going into the race to contend and not ride around. Because I’m sure just like Dale and everybody with the Shaw’s, I want to show up and win. That’s the goal. That’s why I love racing. There’s only one winner — it’s not like other sports where it’s one team versus another team. I’m sure it’s going to be a challenge, but I’m fortunate I have more full-body (racing) experience now than I did five years ago. So, jumping into another full-body car is not nearly as different as it used to be.”

Like many of the previous invaders who have competed at Thunder Road, Preece has limited experience with the track and the type of car he is racing. He previously attended one Thunder Road race, tagging along with the late Ted Christopher to watch the action when he was a teenager. His Late Model experience consists of one start each in a Super Late Model and a Late Model Stock car. But Preece has chosen not to seek out advice, instead trusting the abilities of both himself and the Shaw team.

“When I do ask for advice, it puts pre-conceived notions in my head, and I’d rather just kind of wing it on some things,” Preece said. “At the end of the day, a race car is a race car. They all want to go left — it just comes down to setting the car up and making sure I’m comfortable. I’m just going to show up, and I’m confident that the Shaw’s are going to have a really fast race car, and it’s going to come down to me getting the job done.”

The event is the latest stop in the “Summer of Preece” as he races any chance he gets. Preece is in his third full-time season NASCAR Cup season. He competes for JTG Daugherty Racing and has recorded three top-10 finishes. He triumphed during his first Camping World Truck Series start at Tennessee’s Nashville Superspeedway on June 18 while driving for David Gilliland.

Preece has also kept touch with his Tour-type Modified roots, competing at tracks such as Thompson Speedway, South Boston Speedway, Seekonk Speedway and Oswego Speedway with longtime car owners Eddie and Connie Partridge. That willingness to race anytime, anywhere has made Preece a well-liked figure among both fans and fellow racers.

“It’s a pretty cool opportunity,” Graniteville’s Chris Pelkey said. “Ryan Preece is obviously someone we all respect and are able to look up to because of him being a New England guy and the way he’s gotten to where he is. I think everybody has a lot of respect for that. So it’s going to be pretty cool to run against a guy like that, who doesn’t seem like he’s a whole lot different than most of us — he just has been able to take it to the next level.”

The 30-year-old Preece is trying to do something that has not been done in 45 years. The last NASCAR invader to successfully tame the high banks was the late Butch Lindley, who won the 1976 Vermont Milk Bowl as part of the Northern NASCAR circuit. Although Preece’s main goal is to win, he’s also looking forward to experiencing the track’s atmosphere.

“I’m excited to see all the fans up there, and hopefully it’s a packed house,” Preece said. “As a racer, that’s something that I enjoy. We were at Road America (with the Cup Series), and the amount of fans that were there — I’ve only felt that type of energy once before, and that was the Daytona 500 in 2020. So I hope a lot of fans come out to support the event, and I’m looking forward to getting out there.”

A full field of Maplewood/Irving Oil Late Models is expected at the 150-lap showdown. With the event counting for points in the “King of the Road” championship, all the regulars will be there. The list of area standouts includes two-time champions Jason Corliss and Scott Dragon, multi-time feature winner Kyle Pembroke, top rookie Brandon Lanphear and perennial title contender Trampas Demers. They’ll be joined by outsiders such as Massachusetts driver Ryan Kuhn, who wants to take the trophy out of Vermont for the first time since 2009.

At least five former Governor’s Cup winners are anticipated to be in attendance: Corliss, Demers, Dragon, Cody Blake and Brooks Clark. Drivers who could get their first crown jewel winner’s trophy include Marcel J. Gravel, Stephen Donahue, Brendan Moodie and Pelkey. After two years of running both Thunder Road and the ACT Tour full-time, Pelkey has focused his efforts on Thunder Road this year with excellent results.

“A lot of it is due to stepping back from the ACT Tour and really being able to focus on one track,” said Pelkey, who prevailed last Friday. “We’re not having to rebuild a car every week or think about the next race. Like last Friday, we would have been thinking about heading off to Oxford on Sunday, and so then you’re thinking about what you need to do to the car on Saturday to be ready. It’s just impossible to focus on one place when you’re doing that much racing. The consistency of only racing at one track has really showed what we actually do have.”

Preece will hold an autograph session from 5:30-6 p.m. Fans can also watch high-caliber action for the Flying Tigers and Street Stocks.