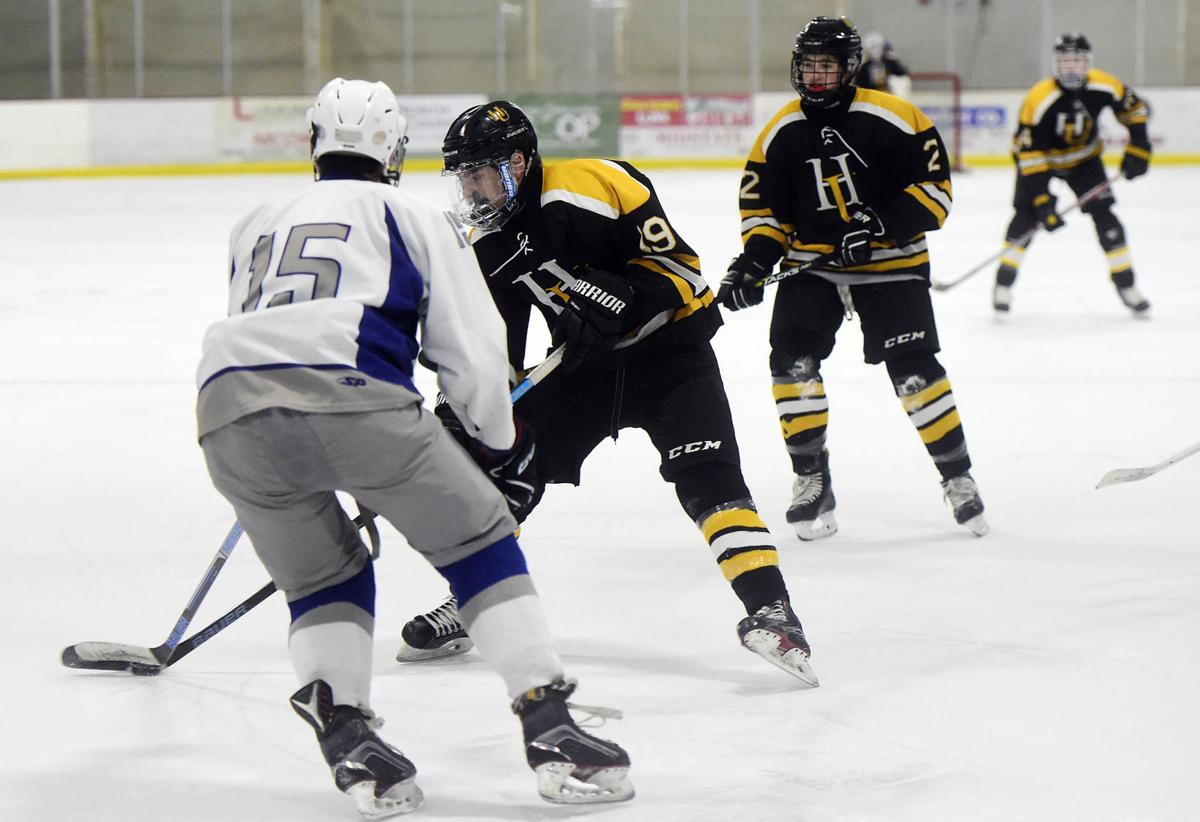 Harwood’s Skylar Platt attempts to take a shot on goal during a game last year against U-32. 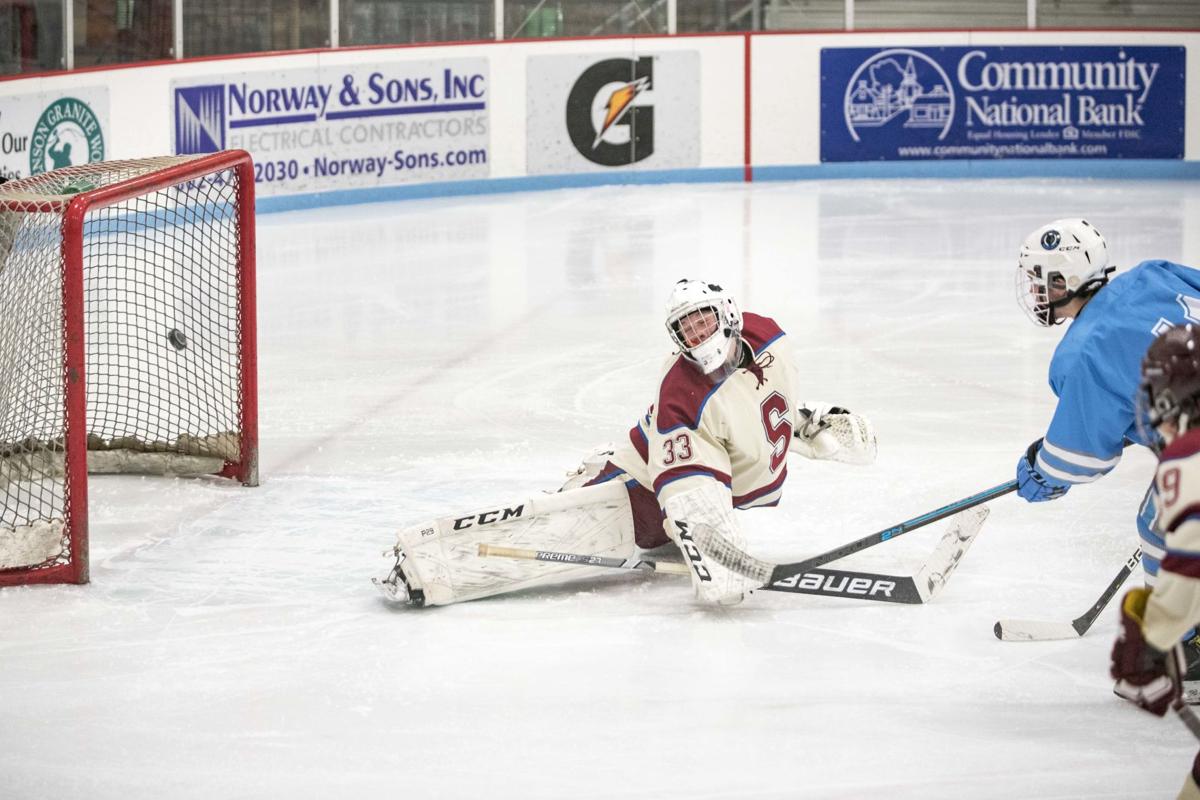 Spaulding goalie Kyle May attempts to stop a shot during a game last season against South Burlington.

Harwood’s Skylar Platt attempts to take a shot on goal during a game last year against U-32.

Spaulding goalie Kyle May attempts to stop a shot during a game last season against South Burlington.

Harwood and Spaulding are two prime examples after turning some heads during the first two weeks with impressive starts. It’s difficult to put too much stock in all of the recent results because teams are still building chemistry and working out some kinks. But it’s clear that Central Vermont is loaded with talented players and a few squads that could contend for a state championship.

Here is a quick look at the five local teams:

SpauldingThe Crimson Tide went 6-13-1 last year after playing against the best teams in the challenging Division I race. Spaulding lost to Essex in the quarterfinals after making it to the final the previous two seasons.

With many returning players coming back bigger and stronger, plus a sophomore class that shows promise, Spaulding is hoping for more success this winter.

“We’ve got a young team that’s hungry to prove they can play better and have a better outcome than last year,” Spaulding coach Chad Burke said.

The Tide (3-1) opened the winter with strong performances on the ice, posting wins over Stowe and Middlebury and BFA-St. Albans. Their only loss was against two-time defending champion Essex.

Senior captain Myles Aja leads the defensive unit. Spaulding has been working hard on moving the puck more effectively out of their zone. The Tide have the depth to rotate six players on the blue line. Owen Kresco, Conner Magoon and John Malnati are expected to see plenty of ice time, with freshmen Aidan Kresco and Kiernan McNamara also chipping in defensively.

The scoring has been balanced early, with senior Heath Atwood and sophomore Christian Day tallying three goals apiece. Senior Attilio Perantoni, junior Colby Berard and sophomore Jameson Soloman have all found the back of the net this season, with Malnati adding another goal as a defenseman.

“I’m trying to find a top line that can compete with the high-powered teams like Essex,” Burke said. “Right now we’re still looking at combinations. We’re deeper than last year. For us to be successful, we need to run three lines.”

The Tide return two experienced senior goalies in Kyle May and Grant Otis, who have been sharp while splitting time in the first four games. Otis stopped all 22 shots in a 1-0 win over BFA. Freshman Ellison Fortin is also a capable goalie who could contribute valuable minutes.

“Both goalies are deserving of playing time,” Burke said. “Right now our game plan is to give both of them ice time.”

U-32The Raiders were involved in many close games last season but had trouble closing them out, finishing at 4-14-3. U-32 was eliminated with a one-goal loss to Mount Mansfield in the playdowns.

Youthfulness will be a big story this year with seven upperclassmen joining 14 freshmen. It’s been a slow start for the Raiders (0-4) as they work through some growing pains. However, the future should be bright as younger players get up to speed.

“Everybody in the community loves the fact that we have a young team,” U-32 coach Shane Locke said. “The future looks good. We have another big group coming in next year. It’s a nice young team to grow on and the kids are excited.”

Senior Logan Carbo and junior Greg Golonka are two veteran players who will provided leadership for U32.

“Logan is our assistant captain,” Locke said. “He just doesn’t stop. He’s always in the corners digging and working. Greg is our captain and he is a solid defenseman.”

The two top scorers from last year, Malone Bruce and Brady Hill, both graduated. As a result, the offensive crew will need a rebuild. Senior Maxx Perry is the top returning scorer, and it’s clear his team will take time to develop line chemistry with so many newcomers.

But you can expect a lot of freshmen to make an immediate impact. Forwards Tae Rossmassler, Maddox Montgomery and Hazen Stoufer, along with defensemen Shane Starr, will all make key contributions.

“Our biggest strength is our kids have the legs to go three periods,” Locke said. “We’re going to work hard and not give up.”

The goaltending position is another question mark for the Raiders. Former standout Kolby Tanner graduated, leaving the position up for grabs. Senior Ben Hopkins and freshmen Henry Lumbra and Keegan Lamson are likely to split time between the pipes.

NorthfieldThe Marauders are a team that would like to improve on last year’s 3-17-1 record. Giving up too many goals was a problem, and that should be solved with goalie Dylan Partlow returning to the team for his senior season.

Titus Soble has taken over for Doug MacDougall behind the bench. Soble is familiar with many of the players after coaching them at the NAHA youth level.

“Having Dylan back is huge,” Soble said. “We’re rebuilding our defensive units. We only have two returning from last year, so we have four new defensemen learning our system. Senior Justin Wright has moved to the blue line to give us more experience.”

The top two scorers from last year graduated, so the offense is also in a rebuilding mode.

“I see a pretty good balance as far as the scoring goes,” Soble said. “We’ll play as a team, setting up in front of the net and taking shots from the blue line. And if you’re in front to pick up the trash, that’s how we’ll be trying to score goals this year. I’ve got some young freshmen shooting the puck well. Adin Combs is a young forward, and Graysen Hudson is a rookie defenseman that could add some scoring. Seniors Caden Hurley and Logan Doney, along with sophomore Nick Passalacqua, should be some of our top scorers.”

The Marauders are off to a 1-3 start.

“The first half of the season is a learning curve for me and getting comfortable with our team,” Soble said. “I’m looking forward to the second half once we have some games under our belt.”

StoweAdrien Melrose moves over from coaching the girls team to take over the coaching job for the Stowe boys. Melrose led the girls to the Division II championship in 2018.

Despite being the smallest school competing in Division I, the Raiders continue to be very competitive against programs with deeper lineups. Since opening the season with a win over CVU, the Raiders (1-2) have dropped their last two games to Spaulding and last year’s runner-up Rice.

“We like the challenge of playing the best teams in the state,” said Melrose. “We don’t have the turnout numbers that you see with the larger schools. We need to play smart hockey.”

With the departure of All-State forwards Jace Boerger and Max Carr, the offensive unit has taken a hit this season. Melrose expects seniors Alex Tilgner and Atticus Eiden to lead his balanced scoring attack. Eiden has three goals so far to pace Stowe in scoring.

“Atticus and Alex are players that we’ll need to score and supply leadership,” Melrose said. “We’ve got some young players that have the skill. They just need high school game experience”.

The balance will come from players like sophomore Hayden Tibbits, who has notched two goals this season. Henry Paumgargarten and Rowan Keller are two upperclassmen who have scoring potential. Freshman Woody Reichelt is another skilled player who can find the back of the net.

Senior Andrew McDermott and junior Cam Anderson will see lots of action on defense and will be called upon for special-teams play. Oli Paumgarten, Eames Eiden and freshman Nathan Nolan round out the defensive crew.

Jackson Seivwright was last year’s starter in goal and he will compete for time with transfer Ethan Brown. Sophomore Conor Dunne could also see action between the pipes.

HarwoodThe Highlanders are on the rise this season. The team bowed out to Milton in the Division II quarterfinals last year and will attempt to go deeper into the post-season this winter.

New coach Jacob Grout replaces Shaun Morse. Grout played at Harwood and has been coaching with the Waterbury Youth program for six years.

“Becoming the head coach for a team you once played for is just like going back in time,” Grout said. “Even though it is a different role for the Highlanders, all the preseason excitement feels the same. This is a perfect transition year. The upperclassmen, the leaders of the team, have all been coached by me in the past. I’m hoping to light a fire under this team, so they give it a good run for a title.”

With just four players lost to graduation and lots of experience returning, the expectations are high this season. The Highlanders (3-0) opened the season with a bang, outscoring opponents 13-3. They are already well on their way to exceeding last year’s 7-10-3 record.

“I’m not surprised about the 3-0 start,” Grout said. “I haven’t been very shy with the boys in letting them know that they are fully capable of being a championship squad. We have a deep, talented team. It’s not just the first line, even though the numbers are showing the top line has been scoring. We’re rolling three lines, and Harwood hasn’t done that in quite some time.”

The offense is led by sophomore forwards Skylar Platt and Finn O’Hara.

“Sky and Finn are obviously huge producers, and I think they’ve gotten better,” Grout said. “Our second line is also very capable of scoring. Through the first three games, it’s been about a 50-50 split between forwards and defensemen scoring.”

“I’ve rotated them through our first three games and it’s worked well for us,” Grout said.