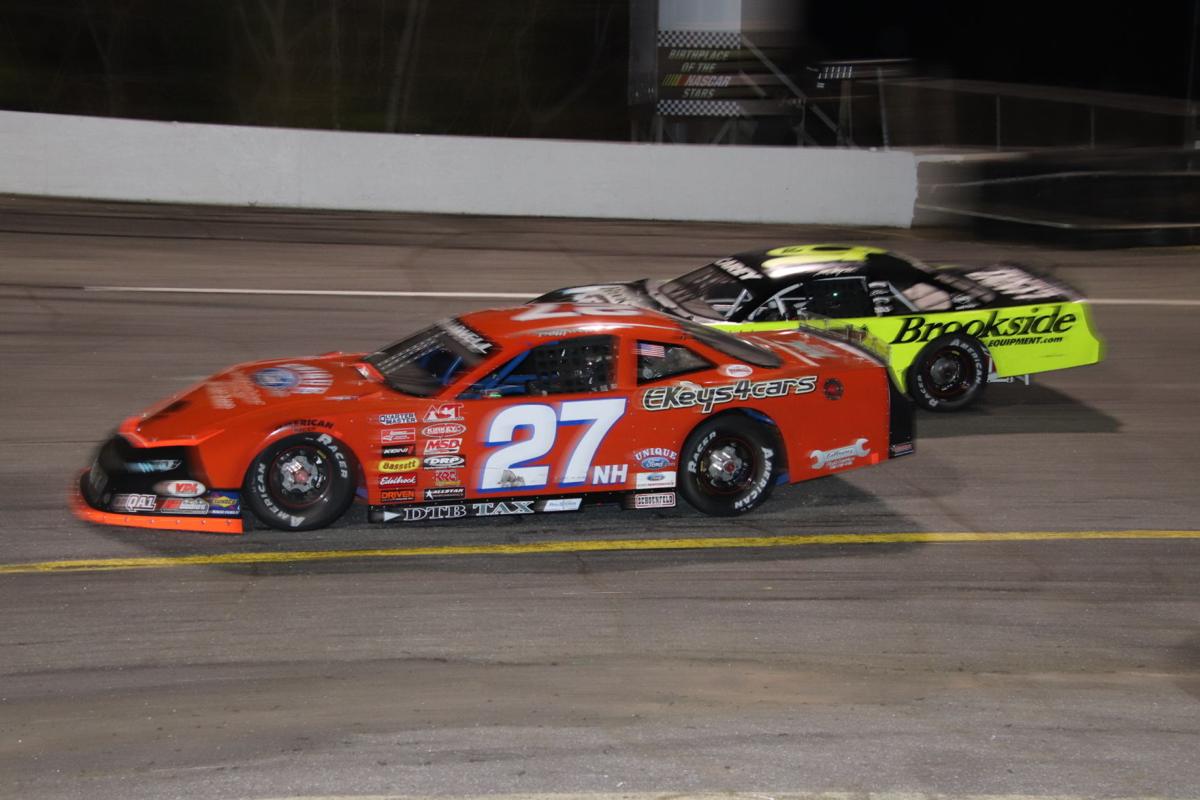 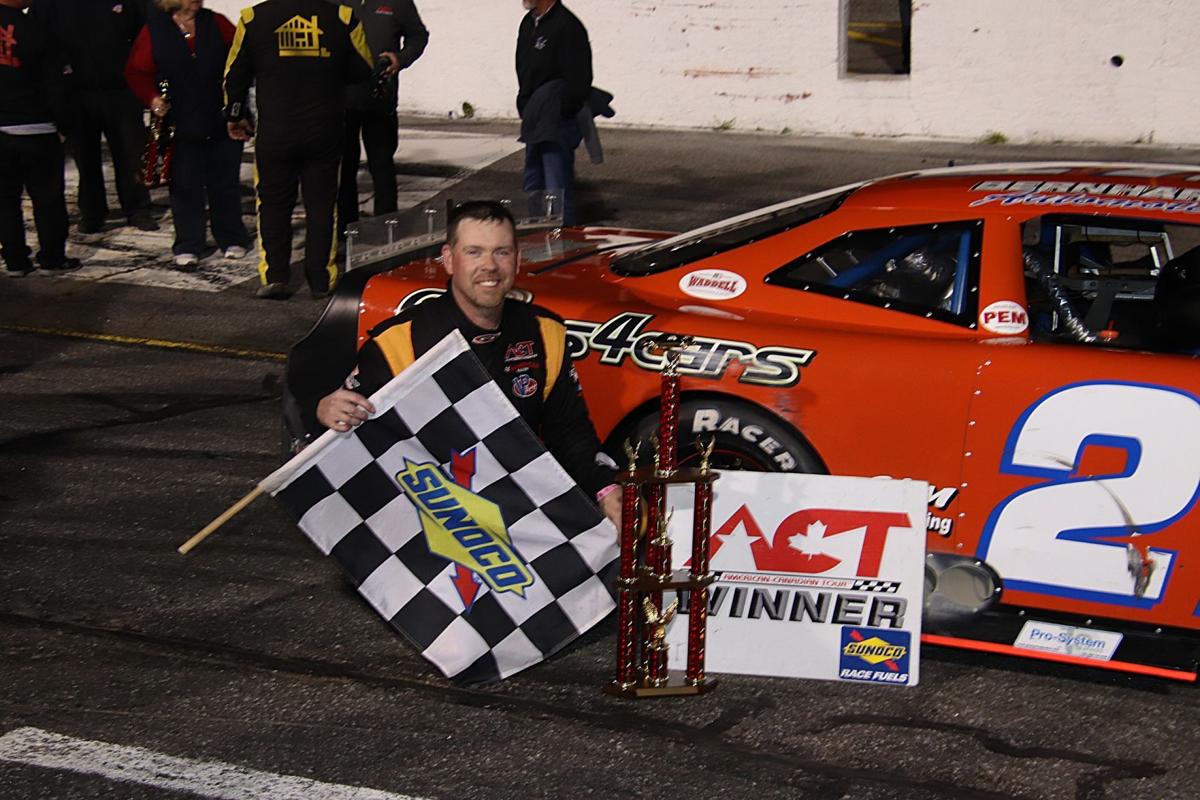 Helliwell took the lead from Tom Carey III in lapped traffic on the 44th circuit and was unstoppable down the stretch to double up after Friday night’s victory in the Hickory 125.

It was the 17th ACT-sanctioned Late Model win for the three-time ACT Tour champion. Although he has only run a partial schedule in recent seasons, Helliwell has proved to still be a threat every time he shows up by earning four ACT victories within the last calendar year.

The going was tougher for Helliwell this time around as he had to come from 10th on the starting grid. Mike Hopkins, fresh off a podium finish in the Pro All Stars Series Easter Bunny 150, led the field to the green flag. Hopkins led the first 10 laps before Danville’s Tyler Cahoon dove to the inside. Cahoon was able to stick his nose out front for three circuits before Hopkins rolled back around him.

However, Hopkin’s second stay at the front didn’t last much longer than the first. After taking it easy early, outside polesitter Tom Carey III roared to life, diving inside Hopkins on the front stretch as they completed lap 26. Although Carey at first had to crack the throttle for a lapped car, he drove back underneath Hopkins to take the top spot on lap 27. The hesitation for the slower machine proved to be an unfortunate omen.

As the leaders sorted it out, Helliwell quickly started passing cars left and right. He moved into the second spot on lap 34 and chased down Carey as they weaved through traffic. With 43 circuits complete, the duo caught a pair of cars. Carey went while high entering turn one to pass the first car. However, the second car drifted into his path exiting turn two, and Helliwell took advantage to seize the lead down low.

A trio of cautions came out in short order to slow the pace. The second yellow on lap 56 was the most calamitous, as Cahoon slid sideways in traffic while exiting turn four to trigger a multi-car melee. Cahoon soldiered on after the crash, but Shawn Swallow, Derek Gluchacki and Aaron Fellows were forced to retire due to major damage.

After Quinny Welch hit the turn 2 wall a couple laps later, Helliwell and Carey drove off from the pack. Carey was briefly the only driver who could keep up with Helliwell. However, Carey slowed down with a flat left-front tire on lap 71 to bring out the fourth yellow.

From there, it was all Helliwell at the front. Maine driver Ben Rowe moved up to third by the time the final caution flag flew on lap 104 for Jamie Swallow Jr.’s spin. But while Rowe slid into second on the restart, Helliwell turned on the jets to become a multi-time Hickory Motor Speedway winner.

Rowe followed up his third-place finish on Friday night with a runner-up trophy Saturday. Carey bounced back from his flat tire to put on a dazzling show while battling with Jimmy Renfrew Jr. for third place over the final dozen laps. Renfrew, whose team was up until 4 a.m. Saturday repairing their car in a hotel parking lot, edged Carey at the finish line.