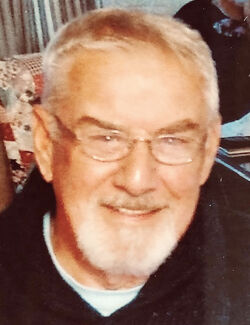 William S. Bruzzese Sr. MONTPELIER — William Starr Bruzzese Sr., 84, of Montpelier, Vermont, passed away peacefully at his home, surrounded by his loving family on Feb. 12, 2021. Born July 26, 1936, in Montpelier, he graduated from St. Michael’s High School in 1955 and served honorably in the military for eight years. Upon discharge in 1964, he worked for the survey division of the Vermont State Highway Department. From there, he spent 10 years at Webster-Martin Consulting Engineers doing right-of-way projects. He also worked in their highway design division. He later began a long tenure with the Agency of Transportation which culminated in his position as director of Rail, Air & Public Transportation at the time of his retirement in 1997. Bill was an avid runner and outdoor enthusiast, enjoying all that nature had to offer. An athletic man, he loved to spend his free time hunting, fishing and downhill skiing. Much time was spent on the slopes and after retirement, he continued to ski while serving as a Sugarbush ambassador. Even a double knee replacement later in life couldn’t keep him off the slopes. A true family man, he dearly loved his three children and six grandchildren. He spent decades on the sidelines, cheering for all of them in their respective sporting events. His enthusiastic presence will be missed in the stands. Bill is survived by his loving wife of 57 years, Bea Bruzzese; his three children, Colleen Barrett and husband Patrick of Montpelier, Cindy Bruzzese and husband Tom Murray of Middlesex, and Bill Bruzzese Jr. and wife Karen of Montpelier; as well as his six grandchildren, Alyssa and Conor Barrett, Taylor and Jake Murray, and Will and Carter Bruzzese. He will be dearly missed by all. He was predeceased by his parents, Kathleen Starr and Joseph Bruzzese; his brother, Joe "Joby" Bruzzese; and his sister, Colleen (Bruzzese) Fortin. At his request, there will be no calling hours. A graveside service will be scheduled for a later date when it is safe to do so. The family wishes to thank Central Vermont Home Health and Hospice for their care and support of Bill in his final week of life. Those wishing to honor Bill’s life are encouraged to make a donation to CVHHH in Bill’s name. Those wishing to express online condolences may do so at www.guareandsons.com.

The whole Bruzzese family is in our hearts right now. We wish we could be with you to celebrate Bill, to share hugs and tell stories. Thinking of you all and sending so much love!

Bill, Karen and family, my sympathy for the loss of your father. May He Rest In Peace. Rita Bassett