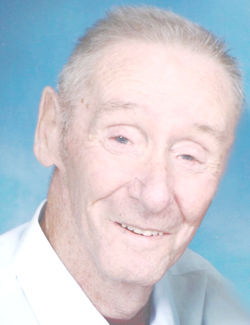 William A. "Bill" Cook MORETOWN — William 'Bill' Arnold Cook, 83, a longtime resident of Moretown, passed away at the Central Vermont Medical Center in Berlin on Saturday evening, March 21, 2020. Born in Bangor, Maine, on Dec. 19, 1936, he was the son of the late Arnold A. Cook and Lura L. (Schoppe) Perry. On March 26, 1965, he married the former Joyce Fleury in Waterbury. Bill was a graduate of Cherryfield Academy in Cherryfield, Maine. As a young man he was employed by companies working on highway construction for several years. Deciding on a change in vocation in 1971, he went to work for the Pyrofax Gas Co. and remained with them through their changes of ownership, retiring following 32 years of service. Bill served his community as a member of the Moretown Cemetery Commission. His other memberships included Barre American Legion Post #10 and the Moretown United Methodist Church. In his leisure time he enjoyed hunting, fishing, camp, computer games, Sudoku puzzles, bird-watching as well as trips to Maine. Bill served his country as a member of the U.S. Army from 1959 to 1962. Although predeceased by his parents and step-parents Evelyn Cook, and Thaddeus Perry, Bill is survived by his wife of 55 years, Joyce F. Cook of Moretown; their children, Louise F. Corliss and her husband David of Barre City, Jeffrey B. Cook and his wife Tracy of Worcester; as well as nieces and nephews by marriage. Bill’s request is that services be privately held by family. For those who wish, memorial gifts would be appreciated to the Mad River Valley Ambulance Service, P.O. Box 305, Waitsfield, VT 05673. Assisting the family is the Perkins-Parker Funeral Home and Cremation Service in Waterbury. To send online condolences, visit www.perkinsparker.com or the funeral home Facebook page.