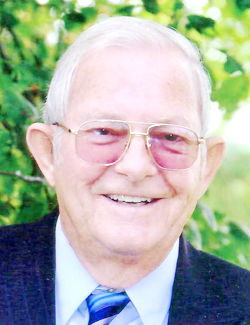 Wayne I. Emmons WATERBURY — Wayne I. Emmons, 81, passed away peacefully at home in the comfort of his wife of 47 years, Elizabeth, and granddaughter, Nicole, on Monday, June 15, 2020. Born in Hinesburg on July 21, 1938, he was the son of the late Melvin and Ruth (Garvey) Emmons. On Jan. 26, 1973, he married the former Elizabeth A. Breer in Waterbury. Wayne attended schools in Hinesburg and Woodbury. From 1956–1957, Wayne served his country as a member of the U.S. Army. Following his honorable discharge, he returned to Vermont and worked as a mechanic at the former Houle Auto Sales in Barre. In 1979, he pursued his own entrepreneurial pathway founding Emmons Auto Repair, first in Berlin and later in East Montpelier. Wayne officially retired in 2010 and was a lifetime member of the Canadian Club in Barre. For the past four years, Wayne and Elizabeth had called Waterbury their home. He was known for limitless love for his expansive family and the infinite connection he had with his granddaughter, Nicole Vecchione, great-grandson Elia Vecchione, whom he called “little man,” and his grandson, William Edmunds. He formed a special friendship with James and Jenny Stacey and their children, CJ, Hayden and Amelia, who called him “Grampie.” Wayne will be respectfully remembered as a loving, caring, funny, gentle, hardworking man. He found joy in riding his scooter around the Village of Waterbury and socializing at his various stops. He loved antique cars, country music, watching races, flea markets, walking, going to Florida and going on long road trips with his wife around Vermont. He also loved Christmas lights but most importantly, he cherished the time spent with family. Wayne is loved and mourned by the love of his life, Elizabeth Emmons of Waterbury; his children, Sheryl Phelps and husband James of Colchester, Brenda White and husband Jamie of Duxbury, Bonnie Clark and husband Keith of Virginia, Wayne Emmons and partner Denise O’Neill of Williamstown, and Richard Emmons of Roxbury; eight grandchildren and 10 great-grandchildren; three sisters, Barbara Crawford of Websterville, Brenda Dunn Sherman of White River Junction, Sharon Edson of Barre; a brother, Wendell Emmons and wife Bonnie of South Carolina; as well as extended family. Wayne was predeceased by his sisters, Betty Barnett, Sheryl Emmons, infant sister Beverly; and his brother, Wesley Emmons. Services will be held privately for family in Plain-Mont Cemetery. The family requests that flowers be omitted; rather, memorial gifts would be appreciated to the Vermont Foodbank (www.vtfoodbank.org). Arrangements are in the care of the Perkins-Parker Funeral Home and Cremation Service in Waterbury. To send online condolences, please visit www.perkinsparker.com or the funeral home Facebook page.