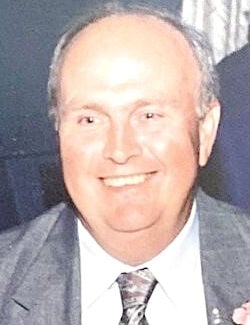 Wayne D. Lawrence BARRE TOWN — Wayne D. Lawrence, 83, of Jalbert Road passed away on Monday, July 27, 2020, at the Central Vermont Medical Center in Berlin. Born July 14, 1937, in Bangor, Maine, he was the son of Barbara Lawrence. Wayne attended elementary schools in Rochester, Vermont, and graduated from Rochester High School in 1955. After high school, he attended and graduated from the University of Vermont in 1959. Wayne made his home in Middlebury until moving to Barre in 1964. While he was employed by the State of Vermont, Highway Department, he returned to the University of Vermont and graduated with a Master of Science degree in Civil Engineering in 1972, and started his own business, Wayne D. Lawrence Consulting and Land Surveying in 1974, working until he was 81 years old. He was a member of the U.S. Army Reserves. He served on the Barre Town School Board in the 1980s. On July 11, 1981, he married Ellie (Wright) Robie in Barre. When not working, Wayne enjoyed watching his son play and coaching hockey, walking, working around his house and property, wintering in Florida and road trips in his RV, although most of all, he enjoyed time spent with his family, grandchildren and dogs. Survivors include his wife, Ellie Lawrence of Barre; his children, David Lawrence and wife Samantha of East Barre, Stephen Lawrence and Stacey Lawrence, both of Barre; his stepchildren, Michael Robie of Williamstown, Jeffrey Robie of Barre, and Tracy LaPan and her husband, Freddie, also of Barre; 11 grandchildren, and four great-grandchildren. He was predeceased by his mother, Barbara Lawrence; and his sister, Hilda Lizotte. The graveside service to honor and celebrate his life will be held on Friday, Aug. 7, 2020, at 1 p.m. in the Wilson Cemetery in Websterville. There are no calling hours. In lieu of flowers, memorial contributions may be made to Barre Youth Sports Association (BYSA) Hockey, P.O. Box 821, Barre, VT 05641. Arrangements are by the Hooker Whitcomb Funeral Home, 7 Academy St., Barre. For a memorial guestbook, visit www.hookerwhitcomb.com.