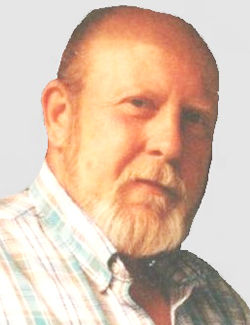 Thomas A. Morrill EAST MONTPELIER — Thomas A. Morrill, 84, passed away on Thursday, March 12, 2020, after a long illness. Born Nov. 29, 1935, in Morrisville, he was the son of Chester and Thelma (Story) Morrill. He grew up on the family farm in Stowe. Tom’s dad, Chester, passed away in 1946. Thelma remarried Lucien Boisvert in 1947, moving to Waterbury Village, then to Northfield. Tom graduated from Northfield High School in 1954 and enlisted in the U.S. Air Force, serving as a Technical Trainer for jet fighters with the 3343rd Technical Training Wing in Amarillo, Texas, until his honorable discharge in 1958. Upon his return to Vermont, he married Irene G. Chalifoux in 1959. They made their home in the Barre area. His beloved wife, Irene, passed away in 2012. Tom worked in the granite industry for Rock of Ages Corp., Anderson Friberg and Granite Importers, retiring from full-time employment in 2001; he continued to work part time for Bond Auto Parts and Pyramid Supply. In his younger years, Tom enjoyed skiing and worked at the Mount Mansfield Co. and served as a member of the National Ski Patrol. An avid outdoorsman, he deer-hunted on the family farm in Stowe with his cousins, Arthur and Larry Morrill, his son and grandson. He loved playing golf and was a longtime member of the Barre Country Club where he enjoyed the Twilight League and spending Saturdays playing 18 holes. Once his son, Jim, was old enough, they spent their winter weekends snowmobiling with friends. Tom was a member of the Timberwolf Snowmobile Club, Berlin and Barre Sno-Bees, American Legion Post #10, Mutuo Soccorso, Canadian Club of Barre, Elks Lodge #1535 and the St. Monica Catholic Church. Survivors include his daughter, Tanis Roberts of East Montpelier; his son, James Morrill and girlfriend Patricia Moulton of Randolph Center; his granddaughters, Sarah (Morrill) Smith and husband Jesse of Barre, Vermont, Caitlin (Morrill) Conti and husband Rob of East Boston, Massachusetts; his grandson, Bryant Roberts and wife Shawna (Plante) of Williamstown, Vermont; great-grandsons Avery and Logan, also of Williamstown, Vermont; his brother, Ronald Boisvert of Florida; as well as many nieces and nephews. In addition to his parents, he was predeceased by his stepfather, Lucien Boisvert; and his sister, Shirley Jacques. The graveside service to honor and celebrate his life will be held on Tuesday, May 19, 2020, at 1 p.m. in the Vermont Veterans Memorial Cemetery in Randolph Center. There are no calling hours. The Hooker and Whitcomb Funeral Home, 7 Academy St., Barre, is in charge of the arrangements. For a memorial guestbook, visit www.hookerwhitcomb.com.