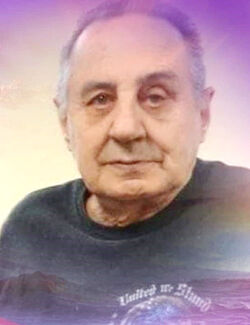 Robert A. Hitt EAST MONTPELIER — Robert A. Hitt 86 of Fair Rd East Montpelier died Wednesday, September 7, 2022, at his home. Robert was born in Norwich CT on April 4, 1936, to William and Ida (Leblanc) Hitt. Bob grew up in Hartford CT where he attended Hartford schools. After School he went on to work various jobs in CT until he joined the US Army. He served 1956-1959 during peace time. In 1968 he moved to VT where he went to work for the City of Barre until 1979 when he went to work for the State of Vermont as a mailman. He retired from the State of Vermont in 1999. On July 8, 1976, Bob married Patricia Dunn and they made their home in Barre with their 3 children. After 23 years of marriage, they parted ways but remained friends. Bob went on to meet Jacqueline Logan. They made their home in a few places over the years. Rochester VT, Virginia, Barre, VT then they settled into Randolph, VT until Jackie took a fall in August 2021 and now resides at Barre Gardens. Robert moved into his daughter’s house in East Montpelier at that time. Bob loved spending time with his and Jackie’s grandchildren. They helped over the years take care of them so their children could work. He and Jackie loved to go for rides. They liked to do puzzles and visit with friends in family. Bob was always on Facebook. Bob was unable to get out to visit Jackie very often due to his health so they video chatted several times a day. He loved ordering things he would see on the internet. He was shopping online a lot. We would laugh that we almost got packages delivered daily. Over the years Bob worked all the Bingo’s in the Barre area. He was a member of the Knights of Columbus of Barre. Council #399 Assembly #1151 which he was a Fourth Degree Knight. Bob was also a member of the St. Monica’s church in Barre. Survivors include His companion Jackie Logan of Barre, his daughter Nikki Walbridge and husband Rob of East Montpelier. His stepson Chris Dunn of Barre and his children, Stepson Bill Dunn and his wife Shanan of Maine. His sisters Shirley Hitt Carvalho and Patricia Wright of Enfield CT. His sister Doris Vincent of Myrtle Beach SC. He has several nieces, nephews and grandchildren and great grandchildren who he loved very much. He had a special bond with his grandson Alex Somers who he lived with. Alex helped care for him over the last year. Predeceased by his parents, several brothers and sisters. The family would like to thank Bayada nurses and social workers for the care they had given Bob over the years while in Randolph and East Montpelier. When he left Randolph, he remained friends with his social worker Katie who he had a very special bond with. Melissa his nurse who supported him on his final days and gave great support for the family moments after passing. We also want to thank Dr. Jewett’s office the current and past receptionist, nurses and Dr Jewett himself. They all were so kind and would even visit him at his home while he resided in Randolph. He received exceptional care from them all. Memorial Service will be held Wednesday, September 14, 2022, at Day Funeral Home. 4 Franklin Street, Randolph VT 05060 Contributions can be made in honor of him to the American Cancer Society or Bayada. Online Condolences can be done at www.dayfunerals.com