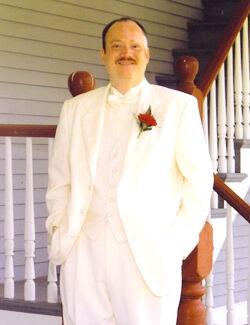 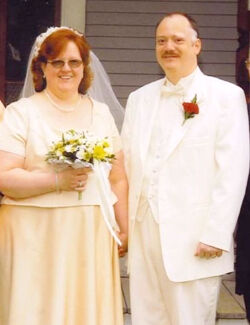 Peter E. Rogers BARRE — Peter Everett Rogers, 53, a longtime resident of Kinney Place, passed away on Saturday, March 13, 2021, at his home. His loving family was at his side. Born on Oct. 23, 1967, in Barre, he was the son of the late Alan and Beverly (Perkins) Rogers. He attended elementary school in Barre and graduated from Spaulding High School in 1985. He went on to take courses at Vermont Technical College. On May 28, 2005, he married Rosalie Mortorff in a ceremony held in Brookfield. The two made their home in Barre. Peter spent his working career as an electrical technician for Ion Sciences of America. Peter enjoyed many things throughout his life. The most important of these were working on electronics, building and fixing things, motorcycles, collecting and shooting his firearms and most importantly, spending time with his grandchildren. He was also a lifetime member of the National Rifle Association (NRA) and a member of the Church of the Good Shepherd in Barre. Survivors include his wife, Rosalie Rogers of Barre; two daughters, Tiffany Fisher and her husband, Charles, of South Ryegate, and Allison Walker and her husband, Alexander, of Barre; two stepsons, Thomas Jenner Jr. and his wife, Terry, of Clarksville, Tennessee, and Nathan Jenner and his wife, Molly, of Barre; as well as 10 grandchildren; his sister, Donna Paton and her husband, Bennie Lamica, of Lewis, New York; his special nephew, Brian Paton and his wife, Elizabeth, of Barre; his nephew, David Rogers and his wife, Stephanie, of California; and his niece, Jenni (Rogers) Fortunado and her husband, Jackson, of Texas. A service to honor and celebrate Peter’s life will be held on Saturday, March 20, 2021, at 11 a.m. in the Hooker and Whitcomb Funeral Home, 7 Academy St., Barre. Burial will follow in the Hope Cemetery in Barre. Family and friends may call from 10 a.m. prior to the service at the funeral home. In lieu of flowers, memorial contributions may be made to the National Life Cancer Treatment Center at Central Vermont Medical Center, 130 Fisher Road, Berlin, VT 05602. For a memorial guestbook, visit www.hookerwhitcomb.com.