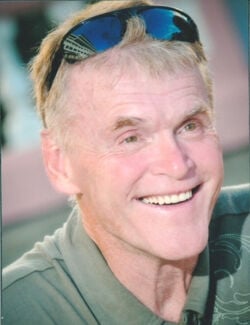 Michael A. Bedell Sr. NORTHFIELD — On Sunday, March 14, 2021, at 6:45 p.m., Michael Allen Bedell Sr., loving father, grandfather, companion, passed away. Mike was born in Barre, Vermont, on Nov. 2, 1948, to Clyde and Ila Bedell. Mike lived most of his adult life in Northfield, Vermont. Mike played baseball and basketball from youth until he graduated from high school in Williamstown, Vermont. He went on to work for Rock of Ages Granite Quarry as a heavy equipment operator and boxer until he needed to retire due to his disability. That did not stop Mike from pursuing other avenues; he joined the workforce part time at Northfield High School working as a teaching assistant for 15 years with alternative needs students. Mike’s dedication to the students and encouraging them to keep going and thinking of new ways to accomplish tasks as he had to do, he hoped had been helpful and inspiring for the students. Mike was a retired National Guard veteran with over 25 years, earning rank of Staff Sergeant. He was an MP in Lake Placid, New York, during the Winter Olympics, and his specialty was in artillery. He ended his stay as a Food Sergeant at Camp Johnson. Mike was a supporter of MDA and participated in the Burlington Fire Department's 5K in 2015. Mike loved life, had a quick wit, infectious smile and compassionate spirit. Mike's motto in life was “as long as you live life, keep learning how to live life.” If you ever met Mike, you would know he never let anything stand in his way. Mike was a member of the United Methodist Church in Northfield. The family suggests if you would like to honor Mike's life, donations can be made to a charity of your choice that supports a cure for spinocerebellar ataxia, such as National Ataxia Foundation, MDA, ALS, MS organizations. The family graveside services with military honors in the Northfield Falls cemetery will be announced at a later date in May or June 2021, once all Mike's family, friends and loved ones can attend.

I'm so sorry for your loss. Mike was a great guy!