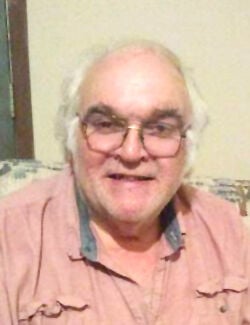 Lewis E. Smith TOPSHAM — Lewis E. Smith, 68, of Sugarhouse Road died Saturday, March 13, 2021. He was born March 16, 1952, in Barre, Vermont, the son of Fred and Marjorie (Gilman) Smith. He attended Topsham schools and Bradford Academy. After graduation, he attended Johnson State College. Lewis served in the U.S. Navy as a first-class radioman from 1972-1978 and was awarded the National Defense Service Medal and the Good Conduct Award Medal. Lewis worked for a bank in Hanover and later, as an accountant for the State of Vermont. He also delivered home health care equipment for Merriam-Graves and worked as a mail carrier for the United States Postal Service. He enjoyed playing drums and performing in a marching band during the summertime. Most of all, he enjoyed time with his grandchildren. Survivors include his wife, Jeanne Smith; three stepchildren, Elisha Turner of Orange, Vermont, Ehren Turnstone of South Royalton, Vermont, and Emily Turner of Barre, Vermont; five grandchildren, Gabe, Jameson, Calvin, Zoevren and Oliver; a brother, Stanley Smith of North Haverhill, New Hampshire; and numerous nieces, nephews and cousins. He was predeceased by brothers, Wayne Smith, Edward Smith, Alvah Smith, Fred Smith, Sheldon Smith, Sidney Smith; and two infant sisters. Funeral services will be held in the spring. Friends may call Saturday from 4-6 p.m. at Hale Funeral Home in Bradford, Vermont. Donations in his memory may be made to the Combat Veterans Motorcycle Association, Scott Hawkins, Chapter 26-1 Commander, 196 Pine Ridge Road, East Montpelier, VT 05651.