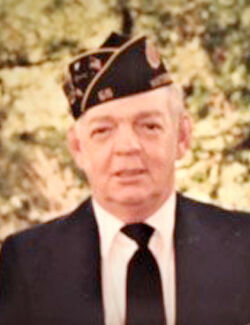 Lawrence C. Kidder BARRE — Lawrence Charles Kidder, 88, a longtime resident of Waterbury and Duxbury, Vermont, who resided with his daughter in Barre, Vermont, for the last 10 years, left this world on Sunday, Nov. 7, 2021, for his next adventure, after a brief illness. With his loving family by his side, he took his last peaceful breaths. Born on July 24, 1933, in Waterbury, to Benjamin F. and Marjorie (Page) Kidder, he was the oldest of four siblings. They moved to Duxbury where he spent his childhood. He left for the Army at an early age and eventually became a military policeman. Stationed in Bad Tolz, Germany, he met a local German girl, Erna Sofie Endrich, who would become his wife; she predeceased him in 1979. Together, they had a daughter, Evamaria. Eventually, he got transferred back to the states and became a member of the National Guard. He also worked as a policeman in Burlington, before moving back to Waterbury. He then worked for IBM for a number of years before taking a job with the Waterbury Post Office where he became the senior letter carrier until he retired after 25 years of service. Lawrence was also very active with the Harry N. Cutting American Legion Post #59 in Waterbury, being post commander for two terms, as well as being involved with the VFW and the 40 & 8. Survivors include a daughter, Eva and son-in-law David Lynch, of Barre; granddaughter, Tara Moore (the apple of his eye) and her husband, Travis, and great-grandson, Ryan, of Wilmington, North Carolina, and his second granddaughter, Ashley Lynch, of Montpelier, Vermont; a brother, Benjamin and Marion Kidder, of Waterbury Center, Vermont; two sisters, Carole and Conrad Bacon, of York, South Carolina, and Arlene Kidder, of Waterbury Center, Vermont; plus nieces, nephews and extended family. Predeceased by his parents and two nephews, Benjamin Kidder Jr., and Eric Bacon. A very special thank you to Dave who, over many years, provided excellent care to my father. Calling hours will be held on Tuesday, Nov. 16, from 5 p.m.-7 p.m. at the Perkins-Parker Funeral Home, 48 South Main St., Waterbury, A graveside service with full military honors will be held in the Vermont Veterans Memorial Cemetery in Randolph, on Wednesday, Nov. 17, at 11 a.m. We miss you, Dad. We will always love you. To send online condolences, please visit www.perkinsparker.com.

What a nice man, remember him as a kid when he would deliver my grams mail, always had a smile.