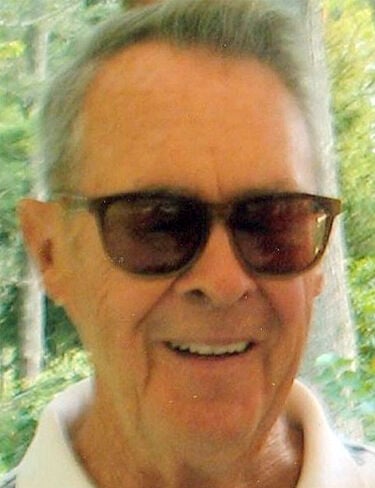 L. Taylor Millington BARRE TOWN — L. Taylor Millington, 95, of Wildersburg Common passed away before midnight on Saturday, Nov. 7, 2020, in the comfort of his home, surrounded by his family. Born on Jan. 8, 1925, in Burlington, he was the son of Maude (Hill) and Lester Millington Sr. He attended elementary school in Burlington. The family then moved to Waterbury, where he graduated from Waterbury High School. After high school, he enlisted in the U.S. Navy and in January 1943, he left Waterbury to serve on the USS Bolivar in the Pacific during WWII. On Nov. 21, 1959, he married the love of his life, Mona Granger, in the St. Monica Catholic Church in Barre. They made their home in Barre, where they raised their three sons. Taylor was employed at National Life Insurance Co. for 31 years, retiring in 1986 as an officer of the company. His memberships included the Montpelier Lodge of Elks #924, the American Legion Post #10-Barre and Post #59-Waterbury, and the VFW Post #792 of Montpelier. Throughout his life, Taylor enjoyed Thursday night racing at Thunder Road from “Bud Hill” and spending time with family and friends participating in various outdoor activities. In his retirement years, he enjoyed time spent wintering in North Carolina, both on the golf course and at the beach. Most of all, he enjoyed spending time with his family - especially at Christmas! Survivors include his wife, Mona Millington of Barre Town; his sons, Brad Millington and his wife, Lori, of East Montpelier, Scott Millington and his wife, Lisa, of Statesville, North Carolina, and Jeff Millington and his partner, Jessica, of Walden; his grandchildren, Becky (Michael) Olmstead, Bobby (Jen) Millington, Caleb Millington, Ryan Millington and Megan Partlow; his great-grandchildren, Jack, Elliott, Piper, Michael, Kiptyn and Aiden; his sister, Ann (Clyde) Reed; as well as numerous nieces and nephews. In addition to his parents, he was predeceased by his sister, Jean, and brother-in-law, Roger Hoffman. A service to honor and celebrate his life will be held at the convenience of his family in the spring of 2021 in the Vermont Veterans Memorial Cemetery in Randolph Center. Memorial contributions may be made to Central Vermont Home Health and Hospice, 600 Granger Road, Barre, VT 05641. The family would like to give special thanks to CVHHH for their wonderful care and support, and to Brenda Lane (private care nurse) for her dedication and devotion during this very difficult time. Arrangements are by Hooker Whitcomb Funeral Home, 7 Academy St., Barre. For a memorial guestbook, visit www.hookerwhitcomb.com.