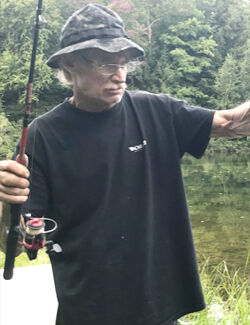 Kerry E. Bachelor WILLIAMSTOWN — Kerry E. Bachelor passed away at the age of 65 at his home in Williamstown, VT on August 26, 2022 after long battle with cancer. He was born on December 10, 1956. He graduated High School in California & later completed his ASE Certification. He married his wife Peggy on February 14th, 1998 in Barre VT. He served in the US Marine Corps then pursued his passion as an automotive mechanic. Kerry loved fishing, cars & motorcycles. He is survived by his wife Peggy Bachelor. His siblings James, Steven, Jeffrey, Phillip. His children Blake & Candace. His stepchildren George, Christopher, Chad, Christine & her spouse Tony. As well as numerous grandchildren & great grandchildren. He is predeceased by his Mother Margie, Father Charles & brother Chucky. A service will be held September 14th, 2022 at 1pm at the Vermont Veterans Memorial Cemetery in Randolph Vt. Memorial Contributions can be made to the American Cancer Society.