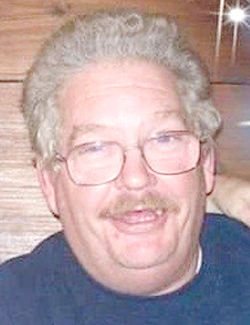 Kenny Kurt Greenslit GRANVILLE — Kenny Kurt Greenslit, 57, passed away due to a tragic accident in South Royalton on Wednesday, Feb. 5, 2020. Born in Randolph on April 14, 1962, he was a son of the late Alvin H. Greenslit and Elizabeth A. (Corliss) Greenslit Comes. On Oct. 18, 1986, he married the former Cindy L. Perry in Hancock. Kenny attended school in Warren and Harwood Union High School in Duxbury. At the age of 17, he became a proud member of the Vermont Army National Guard, serving with Battery A, 1st Battalion in Waterbury for 10 years. A man of many talents, well-known and liked, Kenny held a number of positions with businesses throughout central Vermont. He began his working career as a landscaper for several valley companies that included Valley Caretaker Service, Hugh Krisko Property Management and Sugarbush Property Group. Following, Kenny worked as a painter for Keith Perellie Painting Contractors for several years and was employed as a mechanic and tow truck operator at Hap’s Service Station in Waitsfield. Having been diagnosed with prostate cancer, Kenny, while being treated and convalescing, helped provide hospice care for his father-in-law, Harold Perry. Returning to work, Kenny was employed as a machinist at Vermont Castings in Randolph and worked for Harvey’s Construction in Rochester where he did mowing and plowing. Most recently, Kenny worked for ABEL Waste Management and Bettis Autoland and Salvage in Hancock as a mechanic and wrecker operator. Kenny was a former Warren Town Cemetery Commissioner and cemetery groundskeeper. In his leisure time, he enjoyed hunting, fishing and maple sugaring. Kenny is survived by his wife of 33 years, Cindy Greenslit of Granville; his children, Misty Greenslit and partner Seth Cummings of Thetford, Shawna Greenslit and husband Gene Goodrich of Willows, California; three grandchildren, Rhianna Stillwell, Logan and Lucan Cummings; a sister, Karla Hunsdon and husband Steve of Chester Depot; his brothers, Kalvin Greenslit and Kevin Greenslit, both of Springfield, Kraig Greenslit of Warren, Klaude Comes of Chester Depot and Paul Brink of Randolph; three stepsisters, Michelle Lane and husband Steve of North Carolina, Muriel Wood of Windsor, Marilyn Knox and husband Ted of Brownsville; a stepbrother, Mervin Comes Jr. and wife Susan of Windsor; his stepfather, Mervin Comes Sr. and wife Natalie Clook of Hancock; as well as extended family. Kenny was predeceased by a brother, Konny Greenslit, and a granddaughter, Meryah Stillwell. Funeral services will be held at the Warren United Church on Sunday, Feb. 16, 2020, at 1 p.m. Later interment will take place in Mountain View Cemetery, Moretown. For those who wish, memorial gifts would be appreciated to the Central Vermont Humane Society, P.O. Box 687, Montpelier VT 05601 (www.centralvermonthumane.org). Assisting the family is the Perkins-Parker Funeral Home in Waterbury. To send online condolences, please visit www.perkinsparker.com or the funeral home Facebook page.