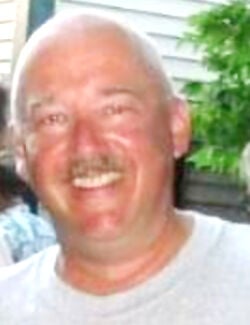 Karl E. Huoppi BARRE TOWN — Karl Eino Huoppi, 59, of Barre Town passed away unexpectedly at his home. He was born in Concord, Massachusetts, on Oct. 3, 1961, the son of Paul and Jean (Pierce) Huoppi. Karl graduated from Hazen Union High in 1980. Karl worked most of his career as a firefighter at Burlington International Airport. Later, he sewed parachutes for the Vermont Air National Guard. Karl was also a letter carrier for the Northfield Post Office and most recently worked in the maintenance department for Vermont College. Karl served in both the Vermont Air National Guard and Vermont Army National Guard. He was very active in the community. His memberships included the East Montpelier Fire Department, Woodbury Fire Department, Montpelier Elks Club and the Vermont State Guard. Most important to him were his brothers and sister of the Defiant Crew Motorcycle Club. Survivors include his siblings, Dana Huoppi of Woodbury, Vermont, Donna Huoppi of Washington State, Ellen Huoppi of Waterbury, Vermont, Eric Huoppi of Massachusetts, and David Huoppi of New Hampshire; and many nieces and nephews. Interment will be held in Vermont Veterans Memorial Cemetery at a later date. Those wishing to express online condolences may do so at www.guareandsons.com.