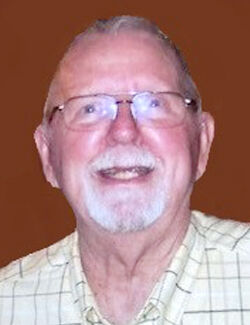 John C. Delphia ESSEX JUNCTION — John C. “Jack” Delphia, 89, of Carmichael Street, passed away on Nov. 4, 2021, at Mansfield Place, with his family by his side. Born Oct. 26, 1932, in Middlebury, he was the oldest son of Cushman and Pauline (Pickett) Delphia. He attended elementary school in Burlington and played football, baseball and basketball at Burlington High School where he graduated in 1952. Following graduation, he enlisted in the U.S. Army and served his country during the Korean War. Upon completion of his military service, he attended Johnson State Teachers College where he met his soulmate and future wife, Sally Anne (Girard) Delphia. The two were married on Sept. 7, 1957, in Montpelier and made their home in Boston, Massachusetts, before returning to Vermont in 1959. They started their family in Barre in 1960 with the birth of their daughter, Patti (Tyler), and son, John, in 1961. Jack was a science teacher at Spaulding High School for 40 years where he also coached varsity baseball and won two state championships. He also helped with his son’s Little League and youth ice hockey teams, where he would volunteer to shovel snow off the old outdoor rink in the north end of Barre. Jack and Sally’s love of traveling took them on three summer-long family trips to Arizona, Utah and Washington state. These trips were both quality family time, as well as educational. They also traveled to Cape Cod and after many years of visiting, built a family vacation home in Eastham, Massachusetts, where their children and grandchildren loved to visit them. Jack and Sally loved to play bridge and would host, as well as attend, countless games with many wonderful friends. This love of bridge continued after Jack moved into Mansfield Place in 2015. Jack was deeply spiritual and was a member of Saint Monica Catholic Church in Barre where he was a regular attendee every Sunday. In his spare time, he enjoyed watching, supporting and cheering on both his children and grandchildren during sporting events. He loved to play golf and was a regular at Northfield Country Club. He also loved the water, be it the ocean, his swimming pool, a lake, or pond. Jack was a sweet man with a kind and gentle heart. Former students and baseball players will remember one of his favorite expressions being “you are a gentleman, or lady, and a scholar.” Jack certainly embodied that sentiment. Survivors include his children, Patricia Delphia Tyler and John Girard Delphia (MaryBeth); five grandchildren, Alex (Taylor), Michelle and Benjamin Delphia, Lindsey Tyler, Jillian Tyler (Bryan Deyette); and one great-grandchild, Avery Robert Delphia, whom he recently met and held. In addition to his parents, he was predeceased by his wife, Sally Anne Delphia; his brother, Edward Charles Delphia; and his beloved dogs, Sam and Prince. Jack’s family would like to thank the ENTIRE STAFF of Mansfield Place for their friendship and support during the five years Jack resided there and especially, the last week of his life. The service to honor and celebrate his life will be held in the spring of 2022 at a date and time to be announced. In lieu of flowers, memorial contributions may be made in Jack’s name to Golden Huggs Rescue Inc. at https://www.goldenhuggs.org/donate Arrangements are by Hooker Whitcomb Funeral Home, locally family owned and operated, 7 Academy St., Barre. For a memorial guestbook, please visit www.hookerwhitcomb.com

I was twice blessed - being a student when Coach Delphia was teaching and later being a teacher on the staff with him and his JV baseball coach. He was the epitome of a gentleman and a scholar. He will be missed.

Like so many others, I played baseball at SHS with Mr. D at the helm. He also taught Earth Science. He was, indeed, a gentleman and a scholar.

My deepest condolences to Patti and rest of the Delphia family. Mr. Delphia wa one of the best teachers I had at Spaulding. I learned a lot in Earth Science and he was a gentleman and scholar. May he rest in peace