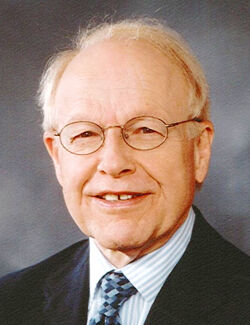 George M. Benda MONTPELIER — George Michael “Jörge” Benda, 91, of Kannapolis, North Carolina, and formerly of Grandview Terrace in Montpelier, Vermont, passed away of natural causes on Nov. 14, 2021. A memorial service will be held at Wilkinson Funeral Home, 100 Branchview Drive NE in Concord, North Carolina, on Tuesday, Nov. 23, 2021, at 2 p.m. George was born in Berlin, Germany, a son of the late Elisabeth (Knaack) Benda and Clemens Ernst Benda. He was also preceded in death by an infant son, George Michael Benda Jr. He was married to Rosemarie Emma Lampe on Oct. 20, 1954, in Arlington, Massachusetts. He is survived by his wife of 67 years, Rosemarie; three children, Christopher Benda and wife Brenda, of Barre, Vermont, Catherine (Benda) Paradise and husband Ray, of Fernandina Beach, Florida, and Carl Benda and wife Julie, of Kannapolis, North Carolina; four grandchildren, Eric Benda and wife Miranda, George C. Benda, Melissa Blanchard and husband Scott, and Todd Lamphere. He is also survived by his brother, Christian Benda and wife Jean and their four children. George attended Wrentham High School in Wrentham, Massachusetts, and Arlington High School in Arlington, Massachusetts, where he graduated in 1948. He then went on to Trinity College at Duke University where he was proud to have been a brother of the Pi Kappa Phi fraternity and to have graduated in 1953. Following college, George served in the United States Army stationed in Germany as an interpreter during the Korean conflict where he was honorably discharged in 1957 as a Private first class. George worked for many years as an internal auditor for the Metropolitan Museum of Art in New York City and later, for the State of Vermont Department of Taxes in Montpelier from which he retired in 2005 and moved to Charlotte, North Carolina. George loved to be with his family celebrating holidays, birthdays and the milestones in their lives at every opportunity. George particularly enjoyed music, attending rock 'n' roll concerts whenever he could. He was an avid birder having been a member of the Audubon Society for much of his life. George’s favorite place to relax was on Cape Cod by the ocean where he spent many family vacations. Charitable donations may be made in honor of Mr. Benda to the Audubon Society of Massachusetts, www.massaudobon.org or mail to 208 South Great Road, Lincoln, MA 01773. Wilkinson Funeral Home. www.wilkinsonfuneralhome.com.