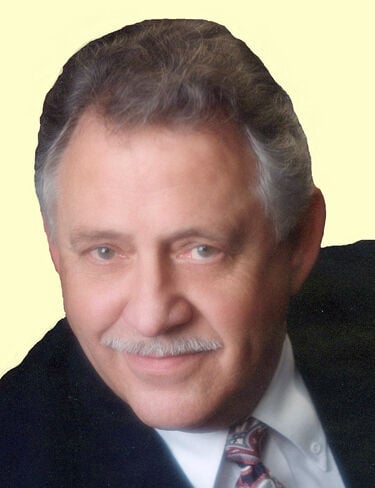 Frederic L. Lewis WILLIAMSTOWN — Frederic Leon Lewis, 89, of Hebert Road, passed away peacefully in his sleep early Tuesday morning, Jan. 11, 2022, surrounded by his nurses and staff at Woodridge Nursing Home in Berlin, where he had been staying for the last three months. Born on Dec. 12, 1932, in Williamstown, he was the son of Robert Clarence and Anna Mae (Cady) Lewis. He went to the one-room schoolhouse in Williamstown until he graduated in 1950 and then enlisted in the United States Air Force. He was then located to Panama City. Florida, as a military policeman where he rose to the rank of Superintendent of Police. While there, he met his future wife, Patsy Ruth West, of Buchanan, Virginia. Frederic and Patsy were married on July 9, 1954, and would later have three children, all boys. From there, Fred’s military career would take him across the country. He was stationed in Florida, Mississippi, Newfoundland, Canada, Montana, Minnesota, Wisconsin, Missouri, Korea, Vietnam, Massachusetts and finally to retirement when he moved to Williamstown, settling there with his family. His military career spanned 23 years from 1950-1973. While in the service, his positions included military policeman, radio electronics repairman, radio equipment foreman. His ranks included Superintendent of Police, Technical Sergeant, Master Sergeant and finally, Senior Master Sergeant. He received many commendations, most important of all, the Bronze Star. He and his wife loved the service and what it provided for them and their family. Once back in Williamstown, Fred built his dream house of a log cabin on a hillside along with his brother, Martin, and another carpenter. He did the majority of the construction, as well as the wiring for the house. He then remade himself and started work at the Sprague Electric Capacitor Plant in Barre, where he was the second shift supervisor. From there, he went on to be the Electronics teacher at Spaulding Technical Center School in Barre. After this, he went to Malden Mills in Barre Town as the second shift supervisor. He would work there twice being called back from retirement to help set up the company which was being moved to Hudson, New Hampshire. From there, he went on to study at the Community College of Vermont, receiving an Associate degree in Para Legal studies. After graduation, he was hired on as an ombudsman to the nursing homes of central Vermont to help those in need of rights protection while being residents. Finally, he retired for good this time and spent the remainder of his days at home in his log cabin. Fred enjoyed the outdoors and running around with his brothers as a kid. He loved to hunt and just be out in the woods. He enjoyed drawing, painting, carving – especially gun stocks; he just loved working with his hands. He loved putting around on his tractors and at times could be found stuck in the mud needing a tow and wishing he had a bigger tractor. He also enjoyed dancing and shooting pool at the American Legion Post 10 of Barre where he was a lifetime member. He was also a lifetime member of the Barre Lodge of Elks #1535 and the Masonic Lodge of Williamstown. He really loved and enjoyed sitting on the porch and watching the different birds and animals that would frequent his property. As time went on and he got older, he enjoyed watching movies and police drama shows, mostly Law and Order. Survivors include his three sons, Michael Lewis and his wife, Pam, Thomas Lewis and his wife, Tammy, and Jamie Lewis and his wife, Elizabeth; his two brothers, David Lewis and his wife, Marty, and Donald Lewis and his wife, Linda; as well as 10 grandchildren, 13 great-grandchildren; and numerous nieces and nephews. In addition to his parents, Fred was predeceased by his wife, Patsy, of 56 years; along with his three brothers, Robert Lewis, James Lewis and Martin Gumbs. In lieu of flowers, memorial contributions may be made to Central Vermont Home Health and Hospice, 600 Granger Road, Barre, VT 05641. Family and friends may call on Wednesday, Jan. 19, 2022, from 5 to 8 p.m. in the Hooker Whitcomb Funeral Home, 7 Academy St., Barre. The graveside service to honor and celebrate his life will be held at a late date to be announced in the spring, in the Vermont Veterans Memorial Cemetery in Randolph Center. For a memorial guestbook, please visit www.hookerwhitcomb.com

I will miss Uncle Freddy so very much. Whether watching my daughter’s (his great-great niece’s) softball & soccer games or going to the farmers market or out for creemees we always had fun & never ran out of conversation. Even when I was a teenager working at the mall I’d take my breaks to join him on his mall walking so we could catch up. He will always be my favorite uncle. Love, Tia