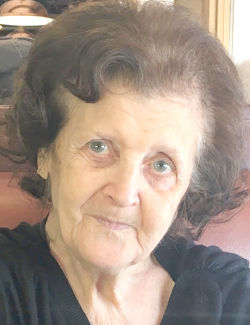 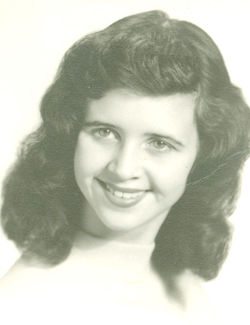 Dorothy A. Elliott BARRE — Dorothy Ann “Dot” Elliott, 80, of North Barre Manor passed away on Tuesday, Feb. 4, 2020, at the Central Vermont Medical Center in Berlin. Born on May 24, 1939, in Worcester, Massachusetts, she was the daughter of Eileen Lewis and Thomas Baker. Dot attended local elementary schools and graduated from Bartlett High School in Webster, Massachusetts. After high school, she attended Pasadena City College in Pasadena, California. On June 26, 1959, she married Wesley Elliott at her home in Pasadena. They made their home in Pasadena. In her leisure time, she was a sports enthusiast – absolutely loved the Boston Red Sox, NASCAR, the Champlain Valley Union boys’ basketball team and especially, her family. Survivors include her sons, Michael Osborne of South Burlington, James Elliott of Barre, Michael Elliott of Moretown, Steven Elliott of Williamstown and Gary Elliott of Mesquite, Nevada; her daughters, Jackie Osborne Cannizzaro of South Burlington, Colleen Elliott of Barre, Barbara Madrigal of Glasgow, Kentucky, and Debra Garcia of Hacienda Heights, California; her sister, Linda Marquez of West Covina, California; as well as 16 grandchildren and 12 great-grandchildren. She was predeceased by her mother, Eileen Krizansky, and stepfather William Krizansky. Family and friends may call on Tuesday, Feb. 11, 2020, from 4 to 6 p.m. at the Hooker and Whitcomb Funeral Home, 7 Academy St., Barre. For a memorial guestbook, visit www.hookerwhitcomb.com.

[sad] so sorry to hear about ur mom colleen.. Keep ur head up.. She is with the Angels watching over u now...

You will be sadley missed on the dance floor.I will miss our talks at Hannafords. You will be in my thoughts. Love Byron Nutbrown JR

Oh, James, I'm so sorry to learn of your mother's passing. May your family and friends help to bring you peace and comfort. Fondly, Lynn