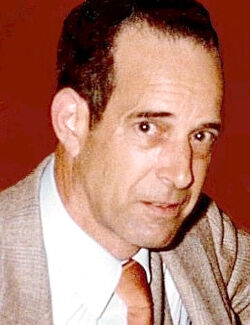 David E. Harrington MONTPELIER — On January 7, 2023, David E. Harrington, 85, went home to his Lord and Savior. Born on October 4, 1937, in Barre, he was the son of Lloyd and Doris (Allen) Harrington. He was a graduate of Spaulding High School in 1955 and subsequently joined the Naval Reserves. David married the love of his life Beverly Friot on September 2, 1961. Together they were married 61 years. They made their first home in Montpelier where they raised two children, Debra Lea and David, II. He owned and operated Harrington Electric Company until retirement. Active in the community, he served as a Montpelier school commissioner, a lifetime member of the Barre Elks Lodge #1535 and held interest in many family businesses. He loved each of their six grandchildren immensely. He had a gentle soul, loved the Lord, his family, animals, and his friends. He also enjoyed aviation, traveling, fishing, and was an avid reader and also known for his great sense of humor. Survivors include his wife Beverly (Friot) Harrington; his daughter Debra Lee (Harrington) McSheffrey and her husband, Richard and their three children James, Ethan, and Adam McSheffrey of Naples, Florida; his daughter-in-law Beth Harrington McCullough and her three children, David “Chip” E. Harrington, III, Ryan Harrington all of Cabot, Vermont and Alexandra Harrington of Truckee, California. In addition to his parents, he was predeceased by his son David E. Harrington, II in 2008. A graveside service to honor and celebrate his life will be held in the spring at a date and time to be announced. In lieu of flowers, memorial contributions may be made to Jay Sekulow, American Center for Law and Justice, PO Box 90555, Washington, DC 20090-0555 or to St. Jude’s Children’s Research Hospital, 501 St. Jude Place, Memphis, TN 38105. Arrangements are by Hooker Whitcomb Funeral Home, 7 Academy Street, Barre. For a memorial guestbook, please visit www.hookerwhitcomb.com