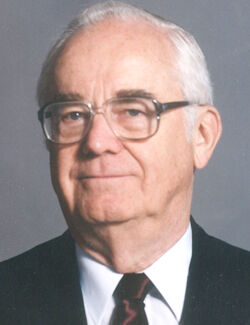 David C. Pinkham MONTPELIER — David C. Pinkham, 93, of Westview Meadows and the Heaton Woods Residence in Montpelier, passed away peacefully July 30, 2020, with his family by his side. Dave was the oldest son of Vernon and Natalie Pinkham, late of Northfield, Vermont. He was born in 1926 in Massachusetts and grew up in Townshend, Vermont. He attended high school in Rutland and in Newton, Massachusetts, then enlisted in the Army and served during WWII. He attended Norwich University and Cornell University, where he graduated in 1951 as a Civil Engineer and was captain of the ski team and president of the Sigma Phi Epsilon fraternity. Dave worked first for Dravo Corp., supervising dam construction in the Tennessee Valley. He married his wife, Dorothy Booker, in Virginia in 1952. They moved to Montpelier in 1956, where Dave became the plant manager of the Jones Brothers granite shed in Barre. They lived in Shelburne from 1968 to 1973 while Dave was the director of the Technical Information Center at the University of Vermont. They moved back to Montpelier when Dave was selected to be the Vermont director of the Selective Service, a position he held full or part time until 2009. Beginning in 1977, he ran the solar energy program for the Vermont State Energy Office, then had his own energy engineering company, and finished his career as the executive director of the Chittenden County Circumferential Highway District. Dave served in the Army Reserves most of his working life, retiring as a Colonel in 1978. In the 1960s, he was the commander of the 344th Transportation Battalion in Montpelier. Dave was dedicated to public service all his life. He was a vital part of the Montpelier and Vermont community and will be remembered for his many contributions, friendships and spirit of service, in positions including chair of the Governor’s Commission on Children & Youth for its first two years; chair of the Board of Deacons of Bethany United Church of Christ and chair of the Department of Mission of the Vermont Conference of the United Church of Christ; district commissioner for the Boy Scouts of America; president of the Montpelier Rotary Club; and trustee and president of the Board of the O.M. Fisher Home, where he supported the Gary Home in serving senior women; and was instrumental in conceiving and developing the Westview Meadows senior living community in Montpelier. Dave loved skiing all his life. He was on the Bolton Valley Ski Patrol for decades and founded its Nordic patrol. He also loved the fishing and friendships of the Lake Mansfield Trout Club, where he led the Dam Committee and served on the Board. As a Revolutionary War buff, he championed the Mount Independence State Historic Site in Orwell, Vermont, and helped found its friends group, the Mount Independence Coalition. Dave is survived by his loving family: his wife, Dorothy of Montpelier; daughter, Diane Muir and husband Ken of Bradford, Maine; son, Richard and wife Anne Chetham-Strode of Arvada, Colorado; sister, Annabelle Miller of Hickory, North Carolina; brother, Charles and wife Jan of Winchester, Virginia; brother, Carlos and wife Chris of Northfield; and many nieces and nephews. Those wishing to make a memorial contribution may do so to the Mount Independence Coalition, P.O. Box 344, Brandon, VT 05733. Online condolences may be left at www.guareandsons.com.