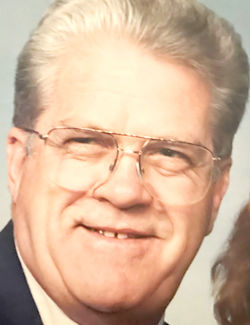 David A. Brown LEDYARD, Conn. — David A. Brown, 83, of Ledyard, Connecticut, passed away at home June 19, 2020, following a long illness. He was born in Stannard, Vermont, to the late Adrian and Florence Brown. He married his high school sweetheart, Esther, recently celebrating their 64th anniversary. Esther tirelessly cared for David throughout his illness. He is survived by his three children and their spouses, Laurel Foresman (James), Shelly Stevenson (Jeffrey) and Lance Brown (Billie Jean). He also leaves seven grandchildren, David Foresman, Joshua, Joseph, Sarah and Sydney Stevenson, Liam and Dylan Brown; as well as 11 great-grandchildren; his sister, Carol Walkup; and numerous nieces and nephews. He was predeceased by his siblings, Arthur and Charles Miller, Lawrence Brown, Marion Hebert, Florence Lavoie and Evelyn Sisson. David served in the Air Force as a culinary specialist travelling the world. He graduated from Mitchell College and obtained an MBA from the University of New Haven. He worked as a manager at Electric Boat, retiring after 34 years. During his time at EB, he helped to develop their ICPM Certified Manager program and was an active member in the EB Ski Club. During that time, he also served as a professor at ECSU. After retirement, he enjoyed helping others as an investment advisor. David was an avid outdoorsman who especially enjoyed skiing, hunting and fishing. He co-created the Round Hill Fishing Preserve in Salem, served as president of the EBMA ski club, was past Master of Somerset Lodge of Masons and active in Scouting. David was gregarious and enjoyed socializing with friends and family at his hunting lodge in Vermont, his camp on Gardener Lake and his Florida winter home. He made numerous friends throughout his life and will be greatly missed by all who knew him. Services will be private. Memorial donations may be made to Joslin Diabetes Center, www.joslin.org. To leave a message of condolence for David's family, please visit his memorial at www.montvillefuneralhome.com.