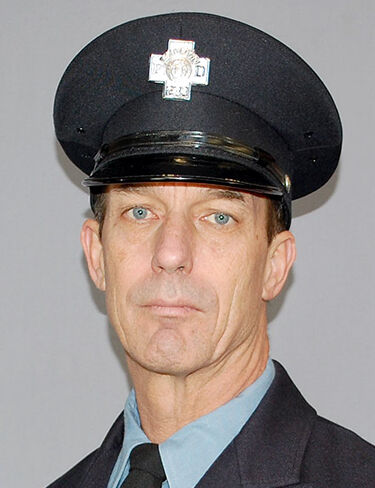 Christopher Joseph Fabian PORTLAND, Maine — Christopher Joseph Fabian, 57, of Saco lost his battle to cancer on Aug. 27, 2020, while at the Gosnell Memorial Hospice House of Scarborough, his brothers, Chuck and Kevin, by his side. Chris was born in Rutland, Vermont, the son of Edward and Martha Fabian, on Oct. 17, 1962. He attended and graduated from Montpelier High School in 1981. Immediately after his graduation from high school, Chris became an on-call firefighter for the City of Montpelier serving from 1981 to 1983. In 1983, Chris moved to Wells, Maine, where he continued his fire service with the Wells Fire Department until 2000, where he held several positions, including full-time firefighter for four years. During his time in Wells, he operated The Harbor House Restaurant and Fiddlestyx Pub from 1990 to 1998. Chris then decided to become a paramedic and attended Northeastern University in Boston from 1998 to 1999. Once licensed, he joined the Portland Fire Department in 1999 working as a paramedic/firefighter, most recently with Engine Co. 1 on Munjoy Hill. Chris loved giving time to his community; he served as the Westport Island Volunteer Fire Department Deputy Chief from 2009 to 2011. He proudly served our country in the United States Naval Reserves from 1993-2001 as a Boatswain Mate and later transferring to the Seabees as an equipment operator, until his honorable discharge in 2001. Chris loved music of all genres, the Maine coast and the city of Boston. He particularly enjoyed boating, having done so with his daughter, Emma, just two weeks prior to his passing. Chris is survived by the love of his life, daughter Emma Storm Fabian. He is also survived by his brothers, Chuck and wife Tina of Fairfield, Kevin of Norridgewock, EJ and wife Bridget of Oakland; and his sister, Julie and husband Mike Benecke of Oakland. Chris is also survived by his nieces and nephews, Ted, Chase, Codey, Michael, Reilly, Brianne; and grandnephews, Teddy, Parker and Cohen. He was predeceased by his parents, Edward and Martha Fabian. In May of 2019, Chris was diagnosed with pancreatic cancer. The family wishes to thank the medical professionals at Dana-Farber Cancer Institute and Brigham and Women’s Hospital in Boston for the incredible care against impossible odds and, although his stay was very short, the Gosnell Memorial Hospice House in Scarborough, Maine. The family extends its gratitude to the Portland Fire Department and other first responders who supported Chris and his family. The family welcomes you to calling hours on Thursday, Sept. 3, from 4 to 7 p.m. at Jones, Rich & Barnes Funeral Home, 199 Woodford St., Portland, Maine. A funeral service will be celebrated on Friday, Sept. 4, at 10 a.m. at Fitzpatrick Stadium in Portland, Maine. Due to COVID-19 restrictions, there is reserved seating only inside the stadium. Burial will take place in the Maine Veterans’ Memorial Cemetery, Mount Vernon Road, Augusta, Maine, on Thursday, Sept. 10, at 10 a.m., with full honors. You may offer your condolences or share your memories at www.jonesrichandbarnes.com. Per Chris’ wishes, a fund has been established for Emma’s future. If desired, contributions may be made to Kennebec Savings Bank, Attn: David Grenier, 236 Main St., Waterville, ME 04901. Please make the check out to Kennebec Savings Bank and write “Emma” in the memo field.