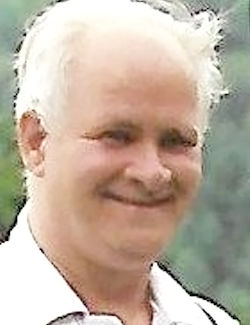 Charles R. Predix SOUTH BARRE — Charles R. Predix, 80, of South Barre Road went to be with the Lord on Tuesday, May 19, 2020, at his home with his family at his bedside. Born in Montpelier, Vermont, on Feb. 25, 1940, he was the son of the late Lester and Madeline (Cady) Predix. Charles attended schools in Montpelier and graduated from Montpelier High School. Charles married Loretta Ann Bergeron on Dec. 19, 1964, in South Barre, Vermont, at The Church of Christ. They were married for 56 years. After they married, Charles worked at Barre Tile and served nine years in the Vermont National Guard. He also worked at Sprague Electric for 25 years and National Life of Vermont. Charles loved to go fishing and go to bingo at the Canadian Club of Barre. The people there were like family to him. Charles was a member of the Websterville Baptist Church for 43 years and was an avid Red Sox fan. Charles was a loving and caring husband, father, grandfather and great-grandfather. Charles is survived by his loving wife, Loretta Predix of South Barre. He is also survived by his daughter, Denise Morris and husband Larry of Williamstown, daughter Christina Lavigne and husband Kevin of South Barre, son Jeremy Predix and wife Heidi of East Barre and son Chris Predix and wife Mercury of Graniteville. He is also survived by his sisters, Jeannie Robinson of Berlin, Linda Trepanier of East Barre and Brenda of Middlebury. He also leaves behind several nieces, nephews, grandchildren and great-grandchildren. Besides his parents, Charles was predeceased by his sisters, Marilyn Brown Haskins of Starksboro and Pearline Robinson of Barre; and a brother, Charles Lester Jr. of Montpelier. To honor his wishes, there will be no calling hours. The family will have a celebration of life for Charles at a later date. Pruneau-Polli Funeral Home, 58 Summer St. in Barre, assisted the family. Those wishing to send online condolences may do so at: www.pruneaupollifuneralhome.com.

Ray and I are sorry for your loss. Remember you well from Websterville Baptist Church. Prayers going up for you and your family, Loretta.