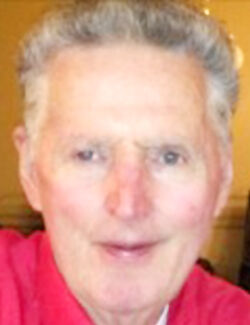 Charles A. Chatot BARRE TOWN — Charles Augustus “Charlie” Chatot, 79, a longtime resident, died peacefully at his home on Saturday, March 13, 2021. His motto: “I did it my way.” Born in April 1941 in Barre, he was the son of Emile and Wilhelmina Chatot. Charlie graduated from Spaulding High School in 1959. After high school, he enlisted in the U.S. Army National Guard, serving as an SP5 Medical Sergeant. In June 1963, he and Roberta Ladd were married in Barre. They made their home in Barre City and South Barre before settling in to the Trow Hill area of Barre Town. Charlie was the president and owner of North Barre Granite Co. He was a member of the Canadian Club of Barre and the Mutuo. In his spare time, he enjoyed rabbit and deer hunting, photography, alpine skiing, boating, spending time at Camp Everest in Milton and most of all, he enjoyed spending time with his grandchildren and family. Survivors include his wife of 57 years, Roberta Chatot; his daughters, Pamela Bussiere and her husband, Mark, and Debra Hazel and her husband, David Scott; his grandchildren, Benjamin, Brandon and Bryer Bussiere, and Emma and Charles Hazel; his sisters, Carol Ann Brown and her husband, Gary, and Claire Bartecki and her husband, Wayne; his brother, Philip Chatot and his wife, Kathleen; and many beloved cousins, nieces and nephews. In addition to his parents, he was predeceased by his son, Charles Michael Chatot. The graveside service to honor and celebrate his life will be held at a later date in Hope Cemetery in Barre, at the convenience of his family. In lieu of flowers, memorial contributions may be made to Central Vermont Home Health and Hospice, 600 Granger Road, Barre, VT 05641; or to the Central Vermont Humane Society, P.O. Box 687, Montpelier, VT 05601. Arrangements are by Hooker Whitcomb Funeral Home, 7 Academy St., Barre. For a memorial guestbook, please visit www.hookerwhitcomb.com.

Thoughts and prayers are with you and the family 💜 we’ll miss you Uncle Charlie!

Gary and I were very sad to hear of Charles passing and would like to express our sincere condolences to the family. May the memories keep him close and your faith comfort you. Lorena Laprade and Gary Florucci

To Pamela , and Philip very sorry to read of the passing of your Father and Brother. Ronald and Laida Edson Denver Colorado

He was a great boss and great friend. Will remember all the great times at the Mutuo! Condolences to his family. RIP Charlie!

RIP Charlie! Our condolences to the family.

Roberta, Pam and family. We are so sorry to hear of Charlie’s passing. Our thoughts are with you and your family.

Philip and family I am so very sorry for your loss.(Cheryl Bullard Smith)