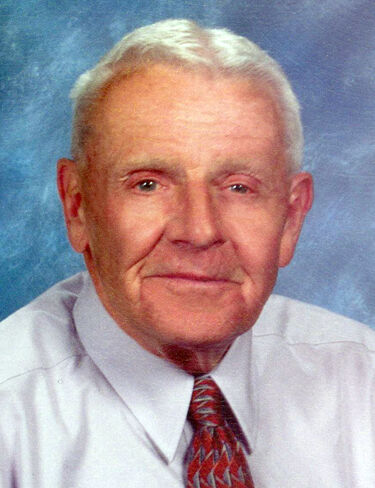 Bruce W. Judd BARRE CITY — Bruce Whitcomb Judd, 88, of Academy Street, died on Monday, July 26, 2021, at Woodridge Nursing and Rehabilitation in Berlin. Born Nov. 14, 1932, in East Orange, New Jersey, he was the son of Dr. Wilbur M. Judd, M.D., and Madeline (Whitcomb) Judd Cook. Prior to moving to East Barre in the spring of 1945, following the death of his father in September of 1944, he attended elementary school in Morris Plains, New Jersey, and Sarasota, Florida, and his entire eighth-grade year in the East Barre Graded School. A 1950 graduate of Spaulding High School, Bruce later graduated from the University of Vermont in 1954 with a bachelor’s degree in Commerce and Economics and was a distinguished military graduate of the University of Vermont ROTC program as a 2nd Lieutenant. In November of 1954, he entered the U.S. Army and attended the Infantry Officer’s Basic Course at Fort Benning, Georgia, graduating in April of 1955. While in the Army, he served as a Platoon Leader and Company Executive Officer in the 1st and 2nd Battalions of 60th INF Regiment of the 9th Infantry Division, stationed in Heilbronn, Germany. Bruce was discharged in November 1956 at Fort Hamilton in Brooklyn, New York, as a 1st Lieutenant. He later served with the 3rd battalion of the 304th Regiment, 76th Training Division as Battalion S-3 (Operations and Training Officer) and was discharged as a Captain, Infantry, in 1969. Bruce’s final military assignment was serving with the Vermont State Guard headquartered at Camp Johnson in Colchester, retiring as a Lt. Colonel. On Feb. 7, 1959, he married Marilyn Ann “Bunty” Allaire at St. Sylvester Church in Graniteville. They lived for over 40 years at their present home on Academy Street in Barre, where she died on Jan. 20, 2000. After graduating from the New England Institute of Embalming in 1958, Bruce became affiliated with the Hooker and Whitcomb Funeral Home as a funeral director and embalmer and went on to serve as the corporation’s president for many years. He was a member of both the Vermont and National Funeral Director’s Associations for over 60 years. Other memberships included the Sigma Nu Fraternity at UVM, lifetime member of the Barre American Legion Post #10 and the Barre Lodge of Elks #1535. As an active Mason for many years, his memberships included the Granite Masonic Lodge #35, Granite Chapter #26 RAM, Barre Council #22 R and SM, St. Aldemar Commandery #11 KT, all of Barre, and Mount Sinai Shrine Temple #3 of Montpelier. In earlier years, he had been a member of the Barre Kiwanis Club and the East Barre Congregational Church before becoming a longtime member of the Barre Congregational Church. Bruce was also past president of the former Barre City Chamber of Commerce and had served on the Barre City Cemetery Commission for several years. Restoring and repairing antiques, camping and boating at Harvey’s Lake in West Barnet, were great enjoyments for many years. Bruce’s favorite sport was playing baseball as a catcher for Spaulding High School; the East Barre Baseball Team in the Barre Town Summer League; the Barre VFW Baseball Team in the old summer industrial baseball league. He was invited to a tryout with the former Boston Braves. Survivors include two sons, Brian A. Judd, of Barre City, and Christopher C. Judd and his partner, Lucy Gordon, both of Barre Town; his daughter, Mary-Anne Judd and her partner, Jack Bolick, of Burlington, North Carolina; a brother, Philip J. Judd, of Augusta, Maine, and a sister, Mary-Jo Brandstatter, of Naples, Florida; three stepsisters, Jane Curtis, of Windham, Connecticut, Susan Marchesseault, of Palm Beach Garden, Florida, and Sally Hood and her husband, Robert, of Waterbury; step-sister-in-law, Peg Cook, of Sun City, Arizona; as well as numerous nieces, nephews and cousins. Besides his parents and his wife, Marilyn “Bunty,” Bruce was predeceased by a brother, Robert Judd, in infancy; stepfather, Thomas D. Cook; stepbrother, Thomas Cook, and stepsister, Mary Jean Liston. Funeral services will be held on Tuesday, Aug. 3, 2021, at 11 a.m. in the Barre Congregational Church, followed by interment in Hope Cemetery in Barre with full military honors, next to his beloved wife. Friends and family may call on Monday from 5 to 8 p.m. at the Hooker and Whitcomb Funeral Home, 7 Academy St., Barre. Memorial contributions may be made to Central Vermont Home Health and Hospice, 600 Granger Road, Berlin, VT 05641; or to the Barre Congregational Church, Ministry of Music, 35 Church St., Barre, VT 05641. For a memorial guestbook, please visit www.hookerwhitcomb.com

An amazing man who was there during one of my tough losses. Assisted me in folding flag in honor of my s-dad. Sad we knew him so well based on family losses but he was a great comfort to many. RIP. sorry for your loss.

Hi Chris, Sincerest condolences from my family and me, especially including my Mom. I always felt like Bruce was part of the family, because he could always make the hard times better - and what a sense of humor!! He was an icon in his business, and will be sorely missed. Bob Duncan

When I remember Bruce, I recall a colleague and friend always ready to provide caring and support when needed. He even extended his efforts to Hospice, helping to train countless staff and volunteers. He will be missed. My best to you all.

To the Judd family, my condolences to you all. I feel lucky to have known Bruce. When my mother passed and Bruce handled the funeral, the care and compassion he showed were amazing. He was a great man that improved his community and helped many of us through difficult times

Chris and family. Sorry to see this. Your Dad was a great friend to my family and will always be remembered for his help when my parents passed. He was a great human being. He is now with his wife who he missed dearly. God Bless him.

Chris and family. So sorry to hear of your Dad's passing - he was a wonderful man, always a smile and a kind word. RIP Bruce.

Always a friendly face and great comfort for so many of us at the passing of our loved ones and friends - I think that is a pretty high compliment and earned beyond what I can share here. Take care, you will be missed by a community for sure as well as family and friends. I just realized we share the same birthday as well, November 14th.

Chris and families, my heartfelt sympathy.

Although mere words will not make the pain any easier to bear, I hope it helps to know that others understand and care. May the all the good memories sustain you through this difficult time.