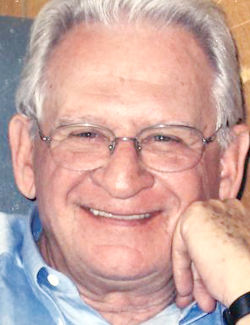 Arthur Anton Ristau BARRE CITY — Arthur Anton Ristau, who held senior administrative positions during four decades of Vermont state government, “checked out” on Jan. 22, 2020. Born on Bastille Day, July 14, 1933, he was 86 years old. Art started his career as a journalist and came to Vermont in 1960 as state manager for the Associated Press where he met his future wife, Anita Fregosi. They were married in 1964. He graduated from Nichols College with a business degree and from Boston University with a degree in journalism. From 1954-1956, he served in the U.S. Army in Germany. He had a varied career as a writer and published more than a dozen articles in Vermont Life, as well as many articles in New England golf magazines. He was founding editor of the Vermont Environmental Report, the quarterly publication of the Vermont Natural Resource Council. In 1966, he was named administrative assistant to Phil Hoff, the first popularly elected Democratic governor in Vermont history. In 1970, he served as a consultant to the Dartmouth Public Affairs Center. In 1973, he became the director of the State Planning office under Gov. Thomas Salmon and in 1975, Salmon appointed him Vermont’s first Secretary of Transportation. Locally, he was Barre’s City Manager from 1977-1980 and served two terms on the City Council. He was a member of the Housing Authority for 10 years and retired as its chair. Arthur was a founding member of Granite City Housing which developed and manages Lincoln House. He served for 10 years as the Lincoln House Chair. From 1980-1985, Arthur was the director of Corporate Relations at Green Mountain Power. From 1986-1992, he was State Liquor Commissioner. His last public assignment, appointed by Gov. Howard Dean, was on the Lottery Commission where he served as vice chairman for 12 years. A Democrat, he was active in the presidential campaigns of Robert and Edward Kennedy and was a contributor to “The Torch is Passed,” the Associated Press book on the assassination of President John F. Kennedy. He received several awards and scholarly recognition, including grants from the Ford Foundation, The National Science Foundation, The National Institute of the Humanities (University of California). Arthur was born in Manchester, New Hampshire, and was the son of Arthur and Ellen (Lawlor) Ristau. He grew up on Cape Cod in the towns of Barnstable and Yarmouth. Since 1990, he and his wife, Anita, had maintained a second home in Brewster, Massachusetts. He was a first-generation American. In addition to his wife, Anita, of 55 years, he is survived by a son, Erich and wife Patricia and their family, Shaun and Emily Corbett and Daniel and Nicole Corbett; a daughter, Gina and husband Erich Ohngemach and their children, Marisa and Ethan of Leesburg, Virginia; as well as a sister, Paula Trespas of Yarmouth Port, Massachusetts; several nieces and nephews. A younger brother, Kurt, died in 2012. Arthur enjoyed skiing and golf and was an aficionado of jazz music and a lover of the poetry of Yeats. He was a voracious reader and most knowledgeable on history and politics. Art was a member of the Italian Mutuo Society for many years and co-authored the Mutuo’s Centennial History. According to his wishes, there will be no services. Friends are invited to join the family at the Mutuo Soccorso for a spuntino on Beckley Hill in Barre on March 7, 2020, at 1 p.m. Burial will be in Proctor, Vermont, at a later date. Arrangements are in the care of the Pruneau-Polli Funeral Home, 58 Summer St. in Barre, Vermont.

When I moved to Vermont in 1974, I was lucky to meet Arthur and he hired me to work ar the Vermont StTe Planning Office, where he was Director under Gov. Tom Salmon. He was a great boss and I was lucky to work for him later at the Barre Housing Authority and Granite City Housing Inc. in the 1990’s. Arthur was always clever, professional, knowledgeable, fun and a wonderful story teller. I particulately enjoyed his stories of the Hoff crew and their antics. He was a vital part of Vermont political history for so many years, which he brought alive to me and so many others. He was great to work for because he was clear what he wanted, he listened to others’ thoughts, he never hesitated to make a decision, he gave others credit, and he was even willing to change his mind about something if need be. I appreciate his mentoring me for so many years. I will miss him. My love to Anita and his children and grandchildren.

I had the privilege of reporting on Art when he was city manager and I was at the Times Argus. He always understood the role and importance of journalism, and made himself available, no matter how tough or sensitive an issue might be. He was the kind of public servant we need more of. My condolences to Anita and the rest of the family.

Sorry for your loss. What a caring man who will be remembered fondly. For me he was one of my teachers of political difference as I was forming my lifelong beliefs. Because my jobs during that time were clearly “democratic” I still chuckle every time I am considered that officially since one of my biggest lessons was to respect differing political opinions regardless of my own stand on a given issue. Art was prominent during that period of growth and then only sporadically afterwards. My overall memories will forever be “a true friend* who genuinely cared for all.

Wow another Barre icon has passed or as he said checked out. I followed Art's career as a Barre citizen. I was always impressed by his involvement. I did not really get to know him until my later years and when I first met him I thought what a really SOB. Then I got to know him and learned that he had been part of the history of some of my favorite Governors and was instrumental in some of our national, state and local political life. I grew to admirer him and learned that he was a kind, gentle smart and very human. When I ran for office he said go get them son. He did cardiac rehab with my dad and I remember him saying that Art did not think of himself higher than my Art. I remember moderating a series where he and Mr, Davis held us spell bound about the times when they helped Vermont turn into a blue state. I remember being so star struck and feeling lucky that I was in the same room. His accomplishments were many, as were his interests and friends. I count my blessings to have known him only a little. I got a chance to experience the man who loved Barre, the people and its history. I am glad he checked out on his own terms. He leaves a void but leaves a road that we should all strive to follow. God speed my friend and condolences to his lovely wife and family. I thank you for allowing him to come into our lives and for learning that he truly was a Saint of Barre.

My heartfelt condolences to Ms Anita, Erich and Gina. I know that Mr Ristau will be sorely missed by your family, and all those who knew him.

Every time I was ever greeted by Mr Arthur or Ms Anita as a kid, it was always with a smile. I hope the grieving process is lessened by remembering all the accomplishments and good he has done for his city, State, and most of all the Love for his Family.

Arthur Ristau will be missed .