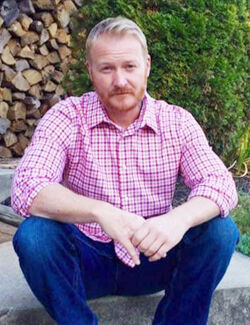 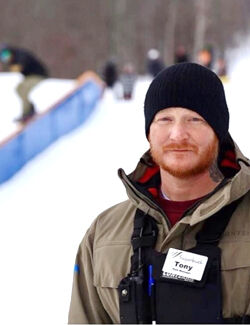 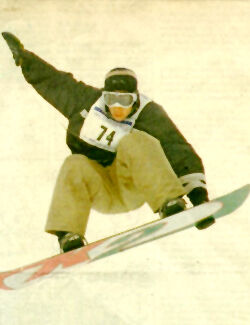 Antonio M. Chiuchiolo BARRE — Antonio Martino “Tony” Chiuchiolo, 47, passed away on Friday, March 5, 2021, at his home, from a heart attack due to blocked arteries. Born June 7, 1973, in Berlin, he was the son of John and Pamela (Bukeholder) Chiuchiolo. Tony’s parents divorced and due to his stepfather’s work, he travelled all over the country during his childhood, so he attended various schools and graduated from Lely High School in Naples, Florida, in 1991. During their childhood, all their summers and winter vacations were spent in Vermont with their father and stepmother and a large, loving, Italian family. While in Vermont, he spent time building skateboard ramps in the backyard. He also spent time mushrooming with his brother, Mat, his father and his Nono, as well as spending great times with his Noni, working with his aunts and uncle, father and brother Mat at Angeleno’s creating lifelong friendships and planting his roots in Vermont. After high school, he made his home in the central Vermont area. Tony created Sheeple’s – a company that sponsors aspiring snowboarders by selling various logo clothing; he was also a road tour manager at Fuse whose clients included Ford, UFC and Black Diamond, to name a few. Tony reinvigorated a snowboard terrain park at Sugarbush Ski Resort – part snow playground and part arts project – and he also was an events coordinator while at Sugarbush. He was the former merchandising manager for Mountain Sports International based in Utah, before joining his father and brother at Chiuchiolo Painting and Drywall where he worked for the last five years. Tony was very involved in the Travis Mercy Memorial Skate Park in Websterville. He also coordinated children’s programs at Sugarbush Ski Resort, coached Women’s Roller Derby in Barre and mentored many youth programs. He enjoyed snowboarding – a Christmas gift of a snowboard rental from his gram, Dorothy, turned into a snowboard passion. He also enjoyed reading history, karate – where he earned a blue belt – surfing, skateboarding, motorcycles and watching football. Most of all, he loved spending time with his children, who always came first and whom he worshipped. Tony will always be remembered for his infectious personality that would motivate others to better themselves and bring life to a room. Survivors include his children, Bianca Chiuchiolo, Hazen Chiuchiolo and Kyley Sullivan; his father, John M. Chiuchiolo and his wife, Susan Farr-Chiuchiolo; his stepfather, Bruce McNaughton; his brothers, Mat Chiuchiolo and his wife, Denise, and Shane McNaughton and his wife, Melissa; as well as his nephews, Runic and Declan; his former partner, Danielle Zuanich; and his extended family consisting of the Chiuchiolos, Bukeholders, Farrs, McNaughtons, Fortiers and Zuanich families; as well as the special “family of friends” whom he leaves behind. He was predeceased by his mother, Pamela Bukeholder McNaughton. A memorial service to honor and celebrate his life will be held this summer at a date and time to be announced. In lieu of flowers, memorial contributions may be made to The Great Tony Chiuchiolo Nugget Fund at gofundme.com. Arrangements are by Hooker Whitcomb Funeral Home, 7 Academy St., Barre. For a memorial guestbook, please visit www.hookerwhitcomb.com.

Tony was such a wonderful, funny, kind friend. He will never be forgotten. My heart goes out to his family. His children were his life. I know they'll carry his humor and kindness with them forever