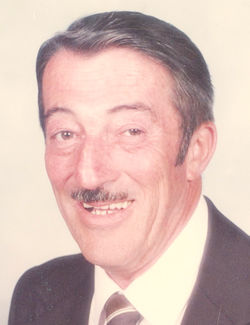 Allan McAllister Jones WASHINGTON — Allan McAllister Jones, 89, of Hart Hollow Road passed away on Monday, June 15, 2020, at his home, surrounded by family, after a short illness. Born on Jan. 22, 1931, in Barre, he was the son of Alvah and Ruth (McAllister) Jones. Throughout his childhood, he lived in East Barre, attending local schools and then Spaulding High School. He held jobs at local businesses for a time and then enlisted in the U.S. Air Force, proudly serving during the Korean War as a Staff Sergeant in Air Sea Rescue. He was honorably discharged in 1955. After working in the Barre area for a time, he met his wife, Elinor Carle. They were married in August of 1957, soon after moving to Connecticut where Allan took a job at Pratt and Whitney Aircraft. Allan and Elinor missed Vermont. He came back to take a job with Carle and Seaver Inc., as a tire salesman. At the time of their closing, he took employment with Goodyear Tire and Rubber in sales, until their downsizing in 1976. At that time, Allan and his family began a new venture, Allan Jones and Sons. Allan and his sons worked diligently together to build a successful tire and auto repair business, still owned and operated by his sons. Allan retired in 1996. His first wife, Elinor, was taken too soon in 1985. Allan was fortunate to meet Pauline (Marcotte) Martineau and they married in May of 1990. Allan enjoyed many kinds of recreation. The family spent many summers at the camp on Lake Groton - boating and socializing. In his younger years, hunting with the family and snowmobiling with friends were favorites, including many trips to various ride-ins with the Washington Snow Flyers, accompanied by Elinor and various close friends. Flying with Leon Tucker and Armand Carrier made great memories. In later years, he enjoyed traveling and camping with Pauli for several summers. Allan and Pauli spent many winters in Florida meeting and enjoying new friends. In recent times, Allan enjoyed riding in his Ranger, spending time with his beloved German Shepherd, Titan, and, of course, visits from his grandchildren and great-grandchildren were always a highlight. Survivors include his wife, Pauline Jones; his three children, Steve (Jeannine), David (Lisa) and Andrea Jones; his grandchildren, Katie, Adam, Nathan and Olivia Jones; stepchildren, David (Robin) and Brenda Martineau; step-grandchildren, Josh, Claudia, Matthew and Kristopher; three great-grandchildren and two step-great-grandchildren; his sister, Beverly Hood; as well as nieces and nephews. In addition to his parents, he was predeceased by his first wife, Elinor; and his brother, Russell. A private graveside service will be held at the convenience of his family. In lieu of flowers, memorial contributions may be made to the American Legion Post #10, 320 North Main St., Barre, VT 05641; or to the Central Vermont Humane Society, P.O. Box 687, Montpelier, VT 05601. Arrangements are by Hooker Whitcomb Funeral Home, 7 Academy St., Barre. For a memorial guestbook, visit www.hookerwhitcomb.com.

Please know I'm thinking of you at this sad time.

Steve & Dave, It is with sadness that I read of your Dad’s passing. My condolences to you both and to all your famIly. Sue Mahoney

Pauline and all of Allan's Family. We are so sorry to hear of Allan's passing

Our thoughts and prayers are with you all at this time