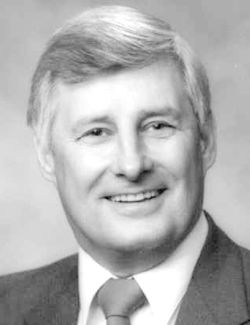 Albert R. Elwell NORTHFIELD — Albert R. Elwell, 79, passed away peacefully at his home in Northfield on June 26, 2020, surrounded by his family. Albert was born Feb. 13, 1941, in Bennington, to the late Albert F. Elwell and Louise Pellerin Cardany. He attended Bennington schools and graduated from Bennington High School in 1959. Albert was always known for his hard work and excelling in everything he put his mind to. Albert grew up on County Road in Bennington with his father and mother and two brothers. He started to work at the age of 13 to help his family. He was selected by Boy’s State in 1958. He was always active in sports, playing baseball, basketball and football. In 1959, he was selected to the Vermont Shrine Football team but did not get the chance to play due to enlisting in the United States Marine Corps and attending boot camp. He served from 1959–1963 with the 1st Marine Division at Camp Pendleton, California, and with the 1st Marine Air Wing in Iwakuni, Japan. He was honorably discharged in 1963 as a sergeant. Albert was rifle sharpshooter in the Marines. Upon returning to Bennington, he worked for a short time as a mason before joining the Vermont State Police. During this time, Albert met the love of his life, Susan Tifft. They were married on Feb. 12, 1966, in the Second Congregational Church in Bennington. Albert graduated from the Vermont State Police Academy and was assigned to the Bellows Falls barracks. He and his wife lived in Chester, Vermont. Once again, he excelled in marksmanship and joined the elite VSP pistol team. In 1969, Albert left the VSP to become a state liquor investigator in Bennington County. He and his wife moved back to their hometown of Bennington. They then started their family and Albert became a family man. Their son, Brian, was born in 1972 and daughter, Sarah, in 1975. During this time, Albert was able to graduate from Hudson Valley Community College in Troy, New York, with an Associate in Applied Science degree in Criminal Justice. In 1979, Albert was a graduate of the FBI National Academy. In 1981, he received a certificate in Fair Hearings/Administrative from National Judicial College in Reno, Nevada. In 1979, Albert was promoted to chief liquor investigator (director of enforcement, licensing and education). Albert and his family moved to Northfield. He had a long and distinguished career with the Vermont Liquor Department, retiring in 2001 after 35 years of service to the State of Vermont. In 1972, Albert enlisted with the U.S. Army Reserve, serving most of his career in the 306th Military Police Company, 76th Division out of Chester, Vermont. He retired in 1991 with the rank of 1st Sergeant. Al was a devoted grandparent to his grandsons, Hazen, Nathaniel, and granddaughters, Rachel and Asa. He enjoyed spending as much time as he could with his children and grandchildren. His pets are too many to list but one that stood out was Grisby, his St. Bernard that he would take everywhere with him. Al enjoyed many things, including hunting, fishing, walking, time at his camp in Pownal, Vermont, and watching both of his children and grandchildren play sports. He also enjoyed Norwich hockey where he had season tickets since the Kreitzberg Arena opened. He had many memberships; a few are National Alcohol Beverage Control Association, life member of the American Legion in Bennington, life member of the Elks where he was a past exalted ruler of Bennington Lodge 567. He was a past member of the Bennington Fire Department Stark Hose Company and was a part-time officer with the Bennington Police Department in the '70s. Al was well-liked by all aspects of his life and will be deeply missed by all. He leaves behind a son, Brian Elwell and wife Christine and grandkids Nathaniel and Rachel, all of Northfield; a daughter, Sarah and husband Greg Pierce and grandkids Hazen and Asa, all of Essex Junction, Vermont; a brother, Ronald and wife Myriam of Bennington; a sister-in-law, Sharon Elwell of Vernon; and several nieces and nephews. Al was predeceased by his wife, Susan, in 2000; both of his parents; and a brother, Frank. The family would like to thank the staff of Mayo Nursing Home where he had been cared for with much love and kindness. In keeping with his wishes, there will only be a graveside service at a later date in the Vermont Veterans Memorial Cemetery in Randolph Center, with full military honors. In lieu of flowers, contributions may be made to the Mayo Healthcare Activities Fund, 72 Richardson St., Northfield, VT; or to the Central Vermont Humane Society, 1589 VT-14, East Montpelier, VT 05651. Kingston Funeral Home in Northfield is assisting the family with arrangements.