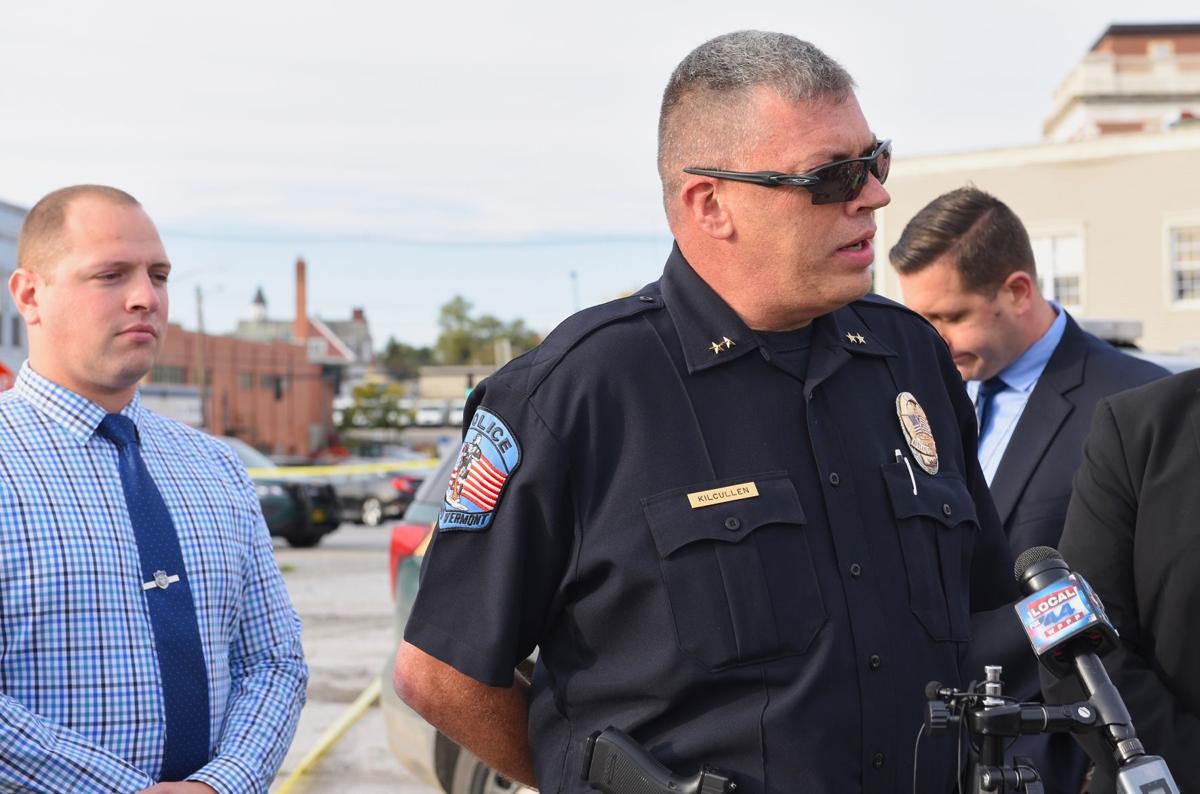 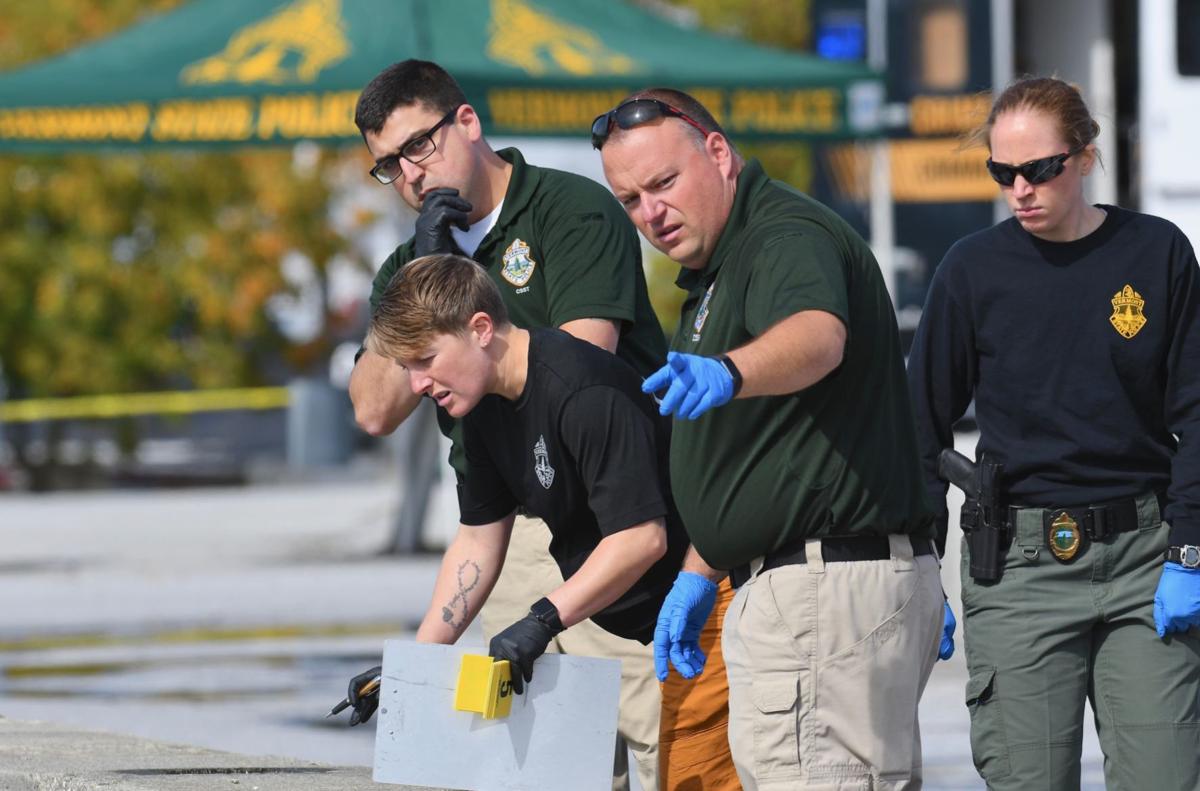 Vermont State Police officials investigate the scene of the officer-involved shooting in early October outside the Amtrak station in Rutland. 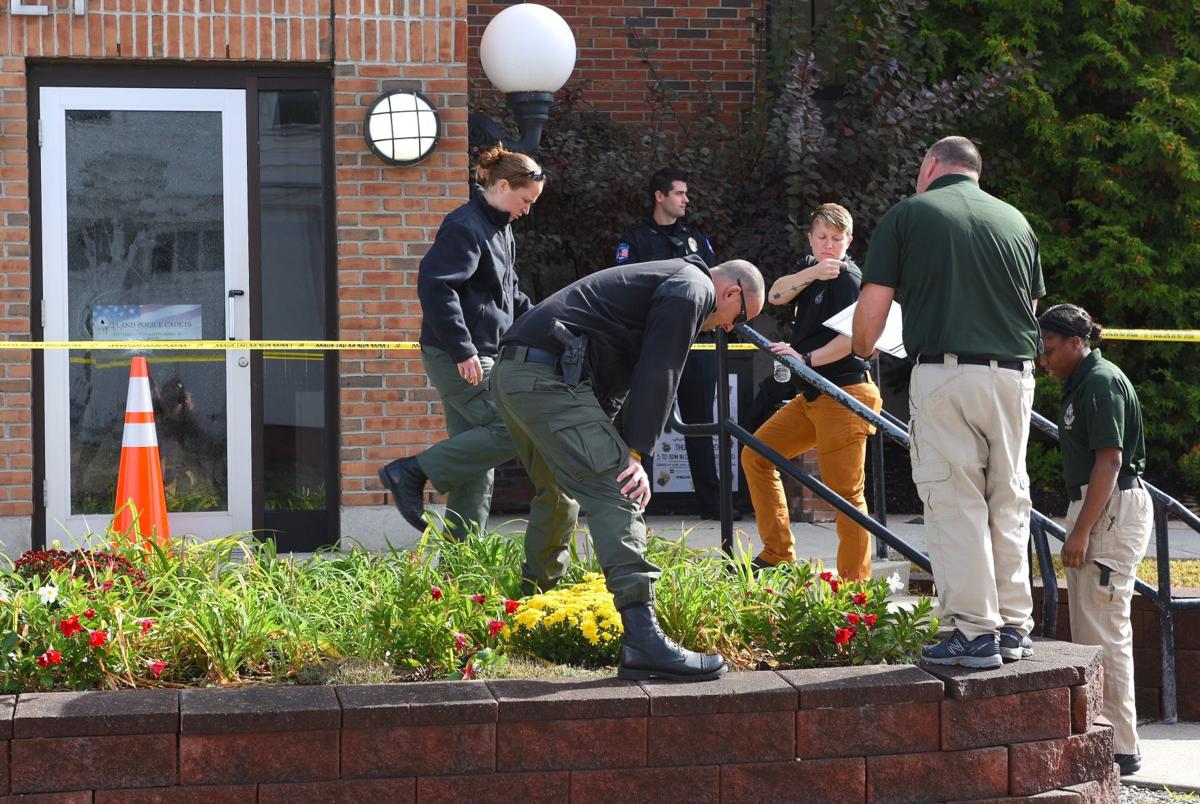 Law enforcement officers search the scene of a shooting in front of the Rutland City Police Department on Wales Street Tuesday morning after a man was shot by police. 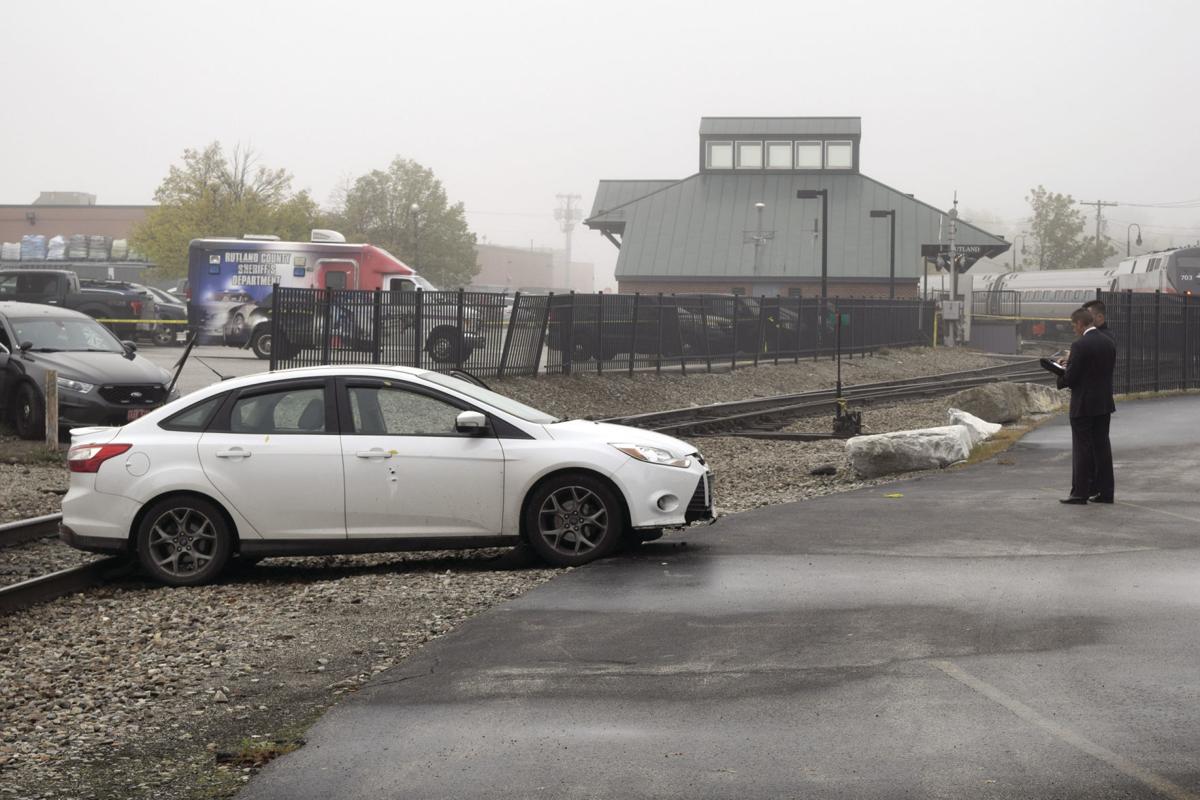 Bullet holes are seen in the passenger side door of a white Ford Focus as crime scene investigators look on Tuesday following a police-involved shooting near the Amtrak station in Rutland.

Vermont State Police officials investigate the scene of the officer-involved shooting in early October outside the Amtrak station in Rutland.

Law enforcement officers search the scene of a shooting in front of the Rutland City Police Department on Wales Street Tuesday morning after a man was shot by police.

Bullet holes are seen in the passenger side door of a white Ford Focus as crime scene investigators look on Tuesday following a police-involved shooting near the Amtrak station in Rutland.

Rutland — A Rutland man was shot to death Tuesday morning after opening fire on the city police station and leading Rutland City and Rutland Town officers on a chase through downtown Rutland through the shopping plaza.

The incident is directly related to discovery of a body in Salisbury Tuesday afternoon, according to Maj. Dan Trudeau of the Vermont State Police.

Trudeau said the drive-by shooting occurred in front of the Rutland City Police Department at about 5:30 a.m. The suspect fired two shots through the glass front door using an assault-style rifle before fleeing, Trudeau said.

Surveillance cameras enabled the police to locate the vehicle and its driver, Christopher G. Louras, 33, in the downtown plaza parking lot near Walmart, Trudeau said.

Louras is the eldest son of former Rutland mayor Christopher C. Louras, who served from 2007 to 2017, and previously, as a city alderman, served as president of the Board of Aldermen.

During an interview at the scene, Michael Maniery, who lives with the younger Louras’ cousin Nicholas Louras, said the car Christopher Louras was driving belonged to Nicholas Louras’ girlfriend.

Trudeau said, “There was a considerable amount of gunfire” exchanged between Louras and four officers at the scene, three of whom were from Rutland City, and one from Rutland Town.

Rutland native Nate Stevens, 30, said he was crossing through Depot Park on his way to Carris Reels when he heard the gunfire.

“There were two shots, then two shots again, then they really started going off,” Stevens said. “Probably a good 30 shots.”

Other officers were there, Trudeau said, but only four discharged their weapons and he could not confirm who fired first nor how many shots were fired.

After Christopher Louras was taken down, he was transported to Rutland Regional Medical Center, where he was pronounced dead. Trudeau said the four officers, three of whom discharged hand guns and one a rifle, were all put on administrative leave.

“His cousin called, and he was going to go to his cousin’s house, is what we were told,” Maniery said at the scene. “It happens frequently, so it wasn’t anything out of the norm.”

Photographs of the white sedan lodged in the railroad tracks were sent to him by friends, Maniery said.

Police said there was a body found off Route 53 in Salisbury just before 1 p.m. Tuesday, and Trudeau said the dead man isn’t from Salisbury.

“We suspect we know who it is,” Trudeau said. “It is an apparent homicide to us, right out of the gate.”

Trudeau said Tuesday it’s too early to tell whether Christopher Louras is a suspect in the homicide, but the public has no reason to be concerned.

“We do feel they’re connected,” Trudeau said of the two incidents.

“This has been a very difficult day for several families, the Police Department and the Rutland community as a whole,” Allaire wrote. “I want to commend both the City and Town police officers for their brave efforts in protecting everyone’s safety. My thoughts are with all of those affected by this tragic event, including the families and the police officers.”

Chief Brian Kilcullen said there were no officers harmed during exchanged gunfire Tuesday morning, and that he has spoken with former Mayor Louras, who could not be reached for comment.