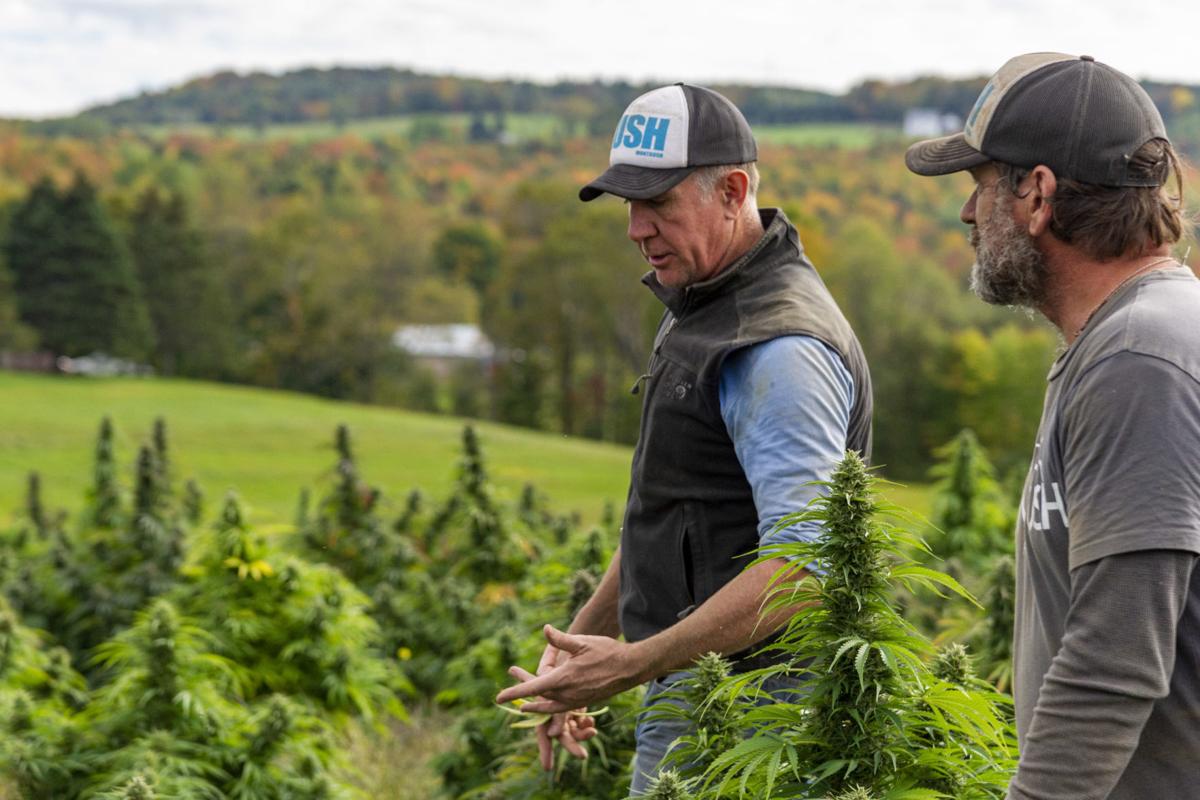 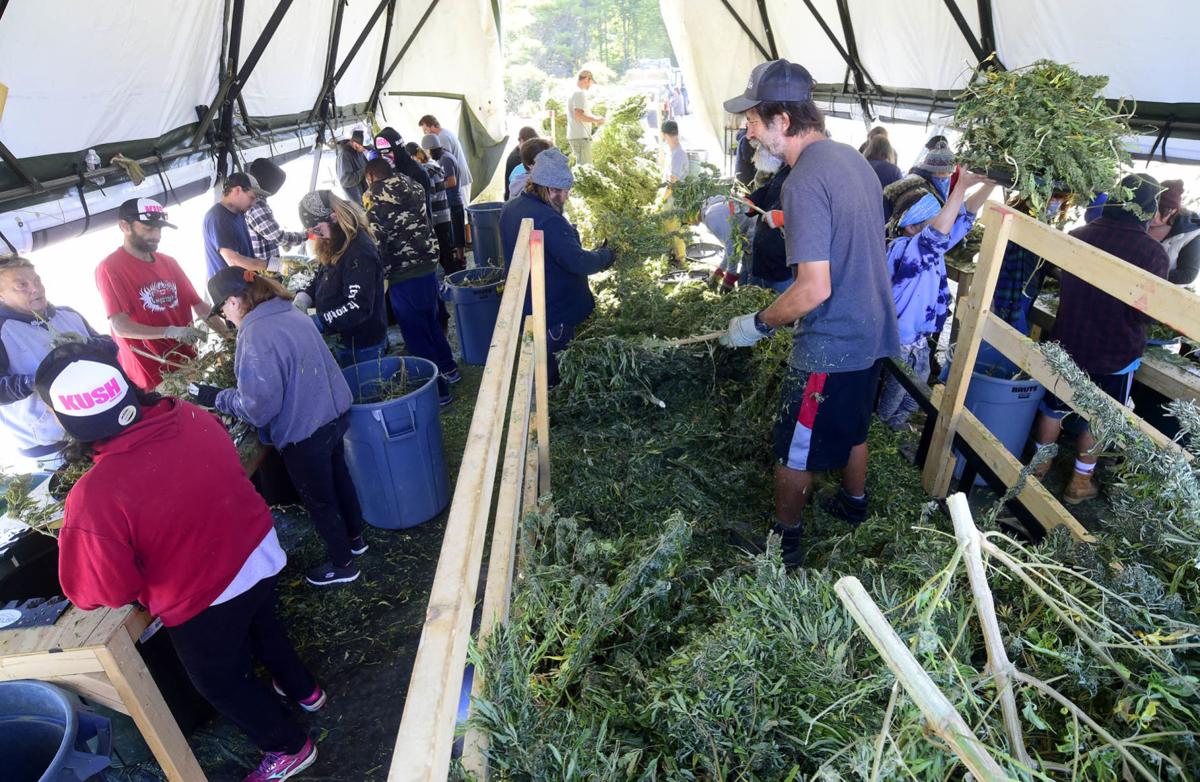 A big group of workers processes hemp recently at the MontKush farm in Plainfield.

A big group of workers processes hemp recently at the MontKush farm in Plainfield.

PLAINFIELD — The face of OxiClean has started up a hemp farm in Plainfield and he’s been focusing on using local businesses to get the 116-acre farm up and running.

Anthony Sullivan is best known for his commercials selling the stain remover as well as other items. But these days you’ll find him covered in dirt as he helps harvest the hemp he’s grown on MontKush, the farm he started with his business partner David Christian on Lower Road.

Sullivan said he came up with the idea of starting his own hemp farm, after visiting a farm in Hinesburg last year, so that he can produce CBD. His 8-year-old daughter Devon has a genetic disorder which can cause seizures. Sullivan said his daughter had been using pharmaceuticals, but they had negative side effects including losing 20% of her body weight and no longer being the vibrant young girl that she was.

“She just went vacant, like dead behind the eyes,” he said.

He said he took her off pharmaceuticals and started giving her CBD and she returned to how she used to be.

Despite having no farming experience between them, Sullivan and Christian bought fields in Plainfield and turned it into their own hemp farm. They are now in the process of harvesting the hemp they grew, of which 90% will go wholesale to medical dispensaries. The remaining 10% will be used for a tincture Sullivan said he knows he can trust for his daughter’s use.

“When we achieve that, as far as I’m concerned we will have succeeded,” Sullivan said.

A television crew is filming the process and Sullivan said though he couldn’t disclose the name of the network yet, there’s a handshake agreement for the show to be picked up.

Both Sullivan and Christian emphasized they wanted to keep things as local as possible with the farm because the community has been so accepting of their business. The farm was a sponsor for Plainfield’s Old Home Days last month.

Much of the equipment on the farm was either made in Vermont or came from a Vermont dealer. That includes a tractor and gators from the John Deere dealer Harvest Equipment which has a store in Montpelier.

Sullivan said the farm has rented out a block of rooms for workers to stay at Comfort Inn in Montpelier and he’s bought vehicles at Ayer Auto Sales in Barre.

Some of the workers stay in recreation vehicles on the farm. About a dozen RVs were bought from Mekkelsen RV in East Montpelier and a few more were rented.

Bruce Mekkelsen, a co-owner of the business, said he invites any time he can do business locally.

“Those guys (on the farm) are hardworking in the fields and they need a place to lie their head a night. This way they’re right there,” he said.

Mekkelsen said those at the farm have told him his business is their go-to for RVs because of how they’ve been treated.

“It warms your heart, that’s what you like to hear,” he said.

Those workers also have to eat and the farm’s go-to restaurant has been Positive Pie. Carlo Rovetto owns the chain that has restaurants in Montpelier, Hardwick and Plainfield. Rovetto said he’s been supplying the farm with pizza.

“They average about 20 to 25 pizzas a day,” he said. “It helps our sales. Especially now that summer’s over we sort of have a lull between now and leaf peeping season. It’s helping fill this void a little bit.”

Besides the pizzas that are delivered to the farm, Rovetto said farm workers and film crew are regularly seen at the Plainfield restaurant.

“They’re all over Positive Pie all the time,” he said.

Rovetto said Plainfield can be a bit quiet at night, but those on the farm have helped to liven things up.

Once the hemp has been harvested it is taken to the former ice making factory across from Maplefield’s in Marshfield on Route 2 which Sullivan and Christian also bought. There they have equipment purchased from iDry, a company that manufactures drying equipment at the Wilson Industrial Park in Barre Town, where the hemp is dried and processed. Jim Parker, the owner of iDry, said the equipment MontKush bought can extract moisture from hemp at fairly low temperatures using a vacuum system. He said that helps the hemp retain it’s color, flavor and smell.

Parker said his equipment is usually sold around the world so it was a little weird to sell it to a company a town over.

“I haven’t done much business in Vermont over the years so it’s pretty neat,” he said.

As the hemp business builds up, with the federal government legalizing the growing of hemp last year, Parker said he expects he’ll be selling equipment locally a bit more frequently.