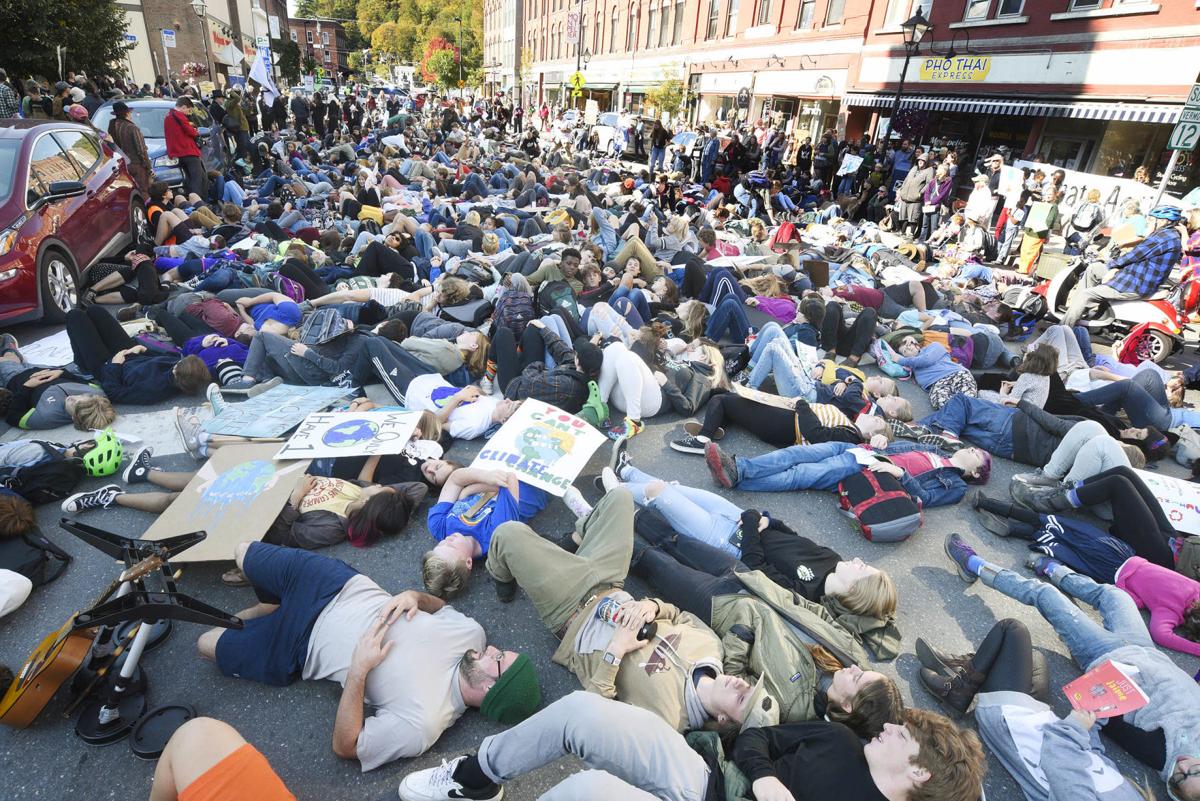 A crowd of demonstrators stage a “die-in” Friday blocking Main Street in Montpelier during a Student Climate Strike as part of a day of global climate actions. 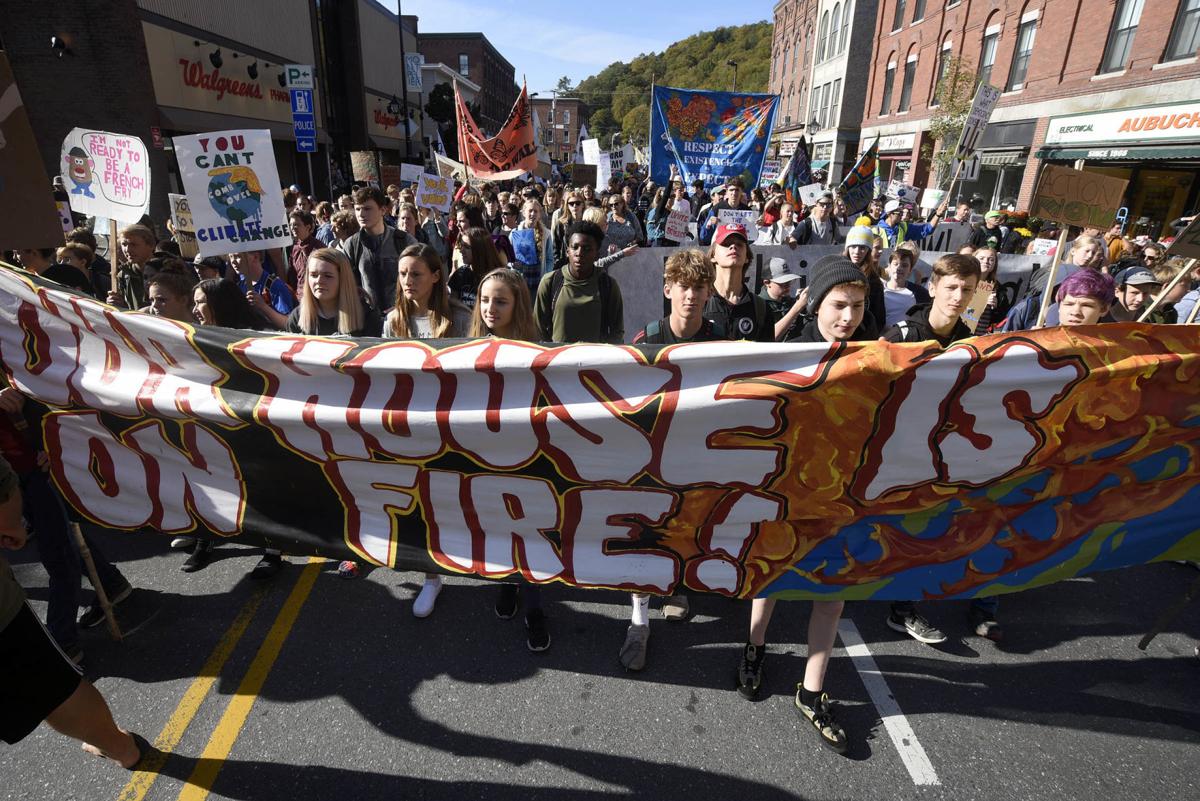 A crowd of demonstrators march down Main Street on Friday in Montpelier during a Student Climate Strike as part of a day of global climate actions.

A crowd of demonstrators stage a “die-in” Friday blocking Main Street in Montpelier during a Student Climate Strike as part of a day of global climate actions.

A crowd of demonstrators march down Main Street on Friday in Montpelier during a Student Climate Strike as part of a day of global climate actions.

MONTPELIER — Hundreds of students and residents gathered in the Capital City Friday for the Global Climate Strike.

The event kicked off a weeklong call to action for students to skip school to march, protest and commit acts of civil disobedience to demand political and civic leaders respond and act to combat climate change. Similar events were held Friday around that state, the country and the world. The effort was sparked by Greta Thunberg, the Swedish student who left school in August last year to protest outside the Swedish parliament. Thunberg, who testified before Congress on Wednesday, has since been nominated for the Nobel Peace Prize and traveled to America recently by a zero-emissions sail ship.

Hundreds of people descended on Montpelier Friday morning and met at Montpelier High School. They then marched down Memorial Drive, shutting down the busy road for a few minutes during rush hour, before turned onto Main Street chanting slogans such as “You can’t eat money, you can’t drink oil” and “One people, one planet.” Those in attendance held signs that said “Our house is on fire,” “There is no planet B,” “I stand with Greta” and “Don’t let the future melt.”

The protesters then gathered in front of City Hall, where they shut down Main Street for over an hour. There was singing, chanting and speakers of all ages.

City Clerk John Odum was the first to speak. Odum’s office is in City Hall so he said he didn’t have to travel far to attend the event.

Odum said his generation had been trying to deal with climate change, but had recently hit a wall, hinting at the current presidential administration. He said he had apologized to one of his kids for not being able to do more, but his child told him he was sorry for Odum because they had made strides, hit a wall and must feel badly about it. He said his child was right.

“We screwed it up. Your turn. We’ve got your back. Let us know what to do, and we’re there, but step up,” Odum said.

The protesters then laid down in the street for a “die-in” form of protest showing bodies as a symbol of the destruction that’s coming if something isn’t done about climate change. Others drew chalk outlines of their bodies.

Shyloh Wonder-Maez is a senior at Montpelier High School. Wonder-Maez said she was proud and honored to be taking part of the protest with those unified in the cause.

“I just want to say that we all have power in our actions. Each person has power in every decision they make every day. You have the weight of the world in your hands, but together it becomes a little less. And here we are showing together that we believe we can make a difference. And you can,” she said.

Wonder-Maez said people have power as consumers. She said those with power in high positions are just figureheads of all of us and Friday’s protest shows them that people want change.

“And they have to listen. They can’t not listen to us. We are the people,” she said.

Once the speakers were finished music was played and the protesters danced in the street and waved their signs and flags.

For a full list of events taking place around the state throughout the week, visit https://vermontclimatestrike.org/events/list/.