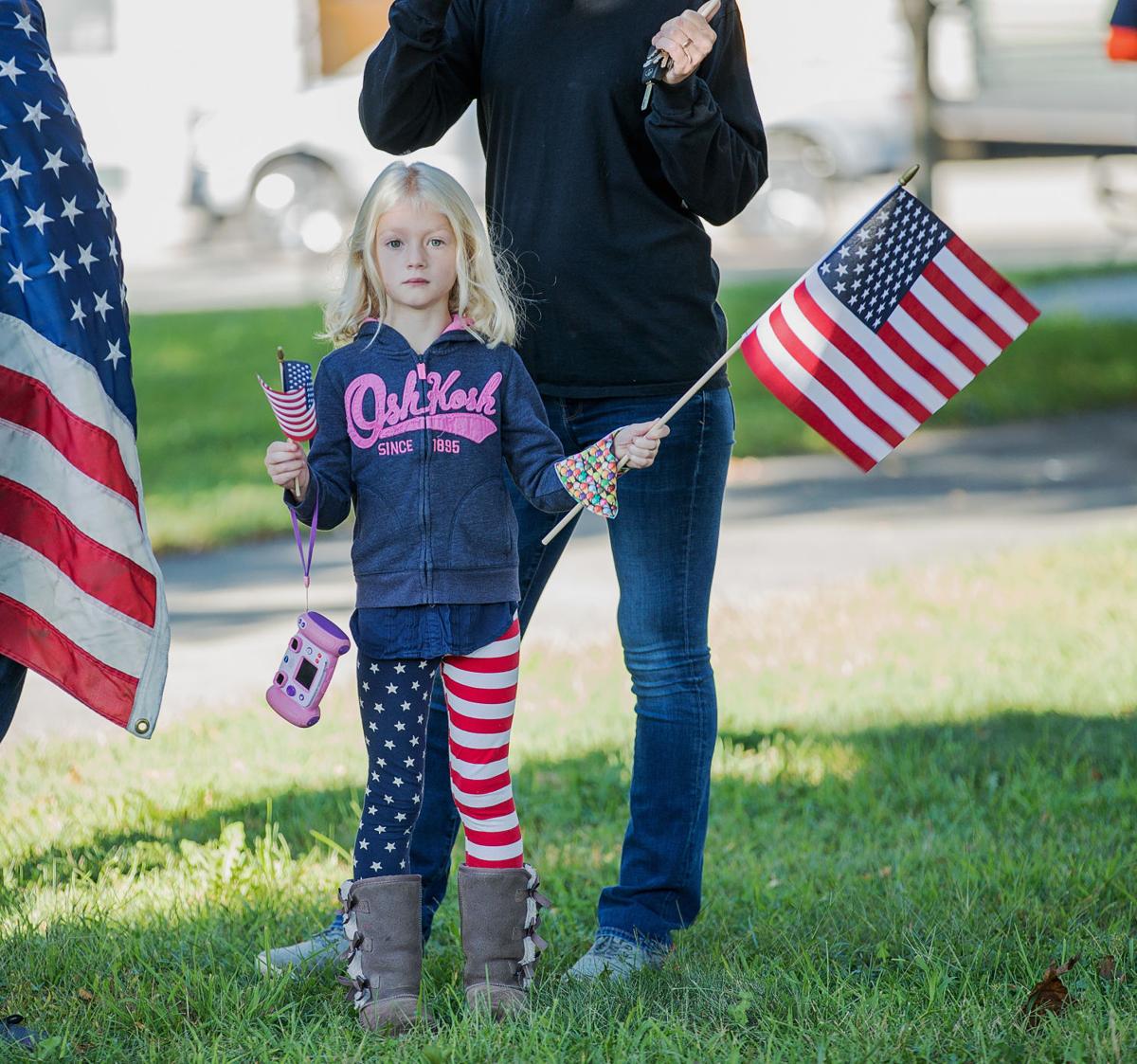 {span}Lily Boswell, 6, holds an American flag during the flag raising in Barre. {/span} 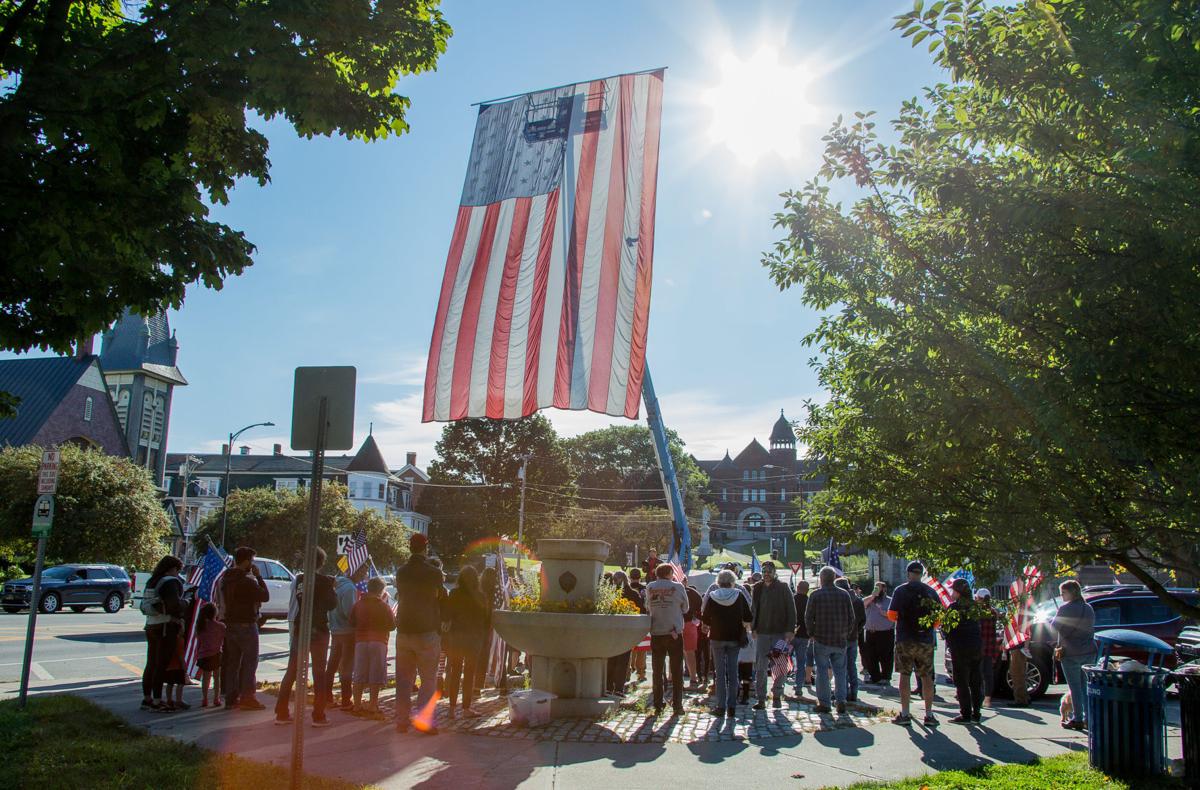 The flag, which was flown Saturday morning after a group of community members took matters into their own hands, was a part of a 9/11 tribute. 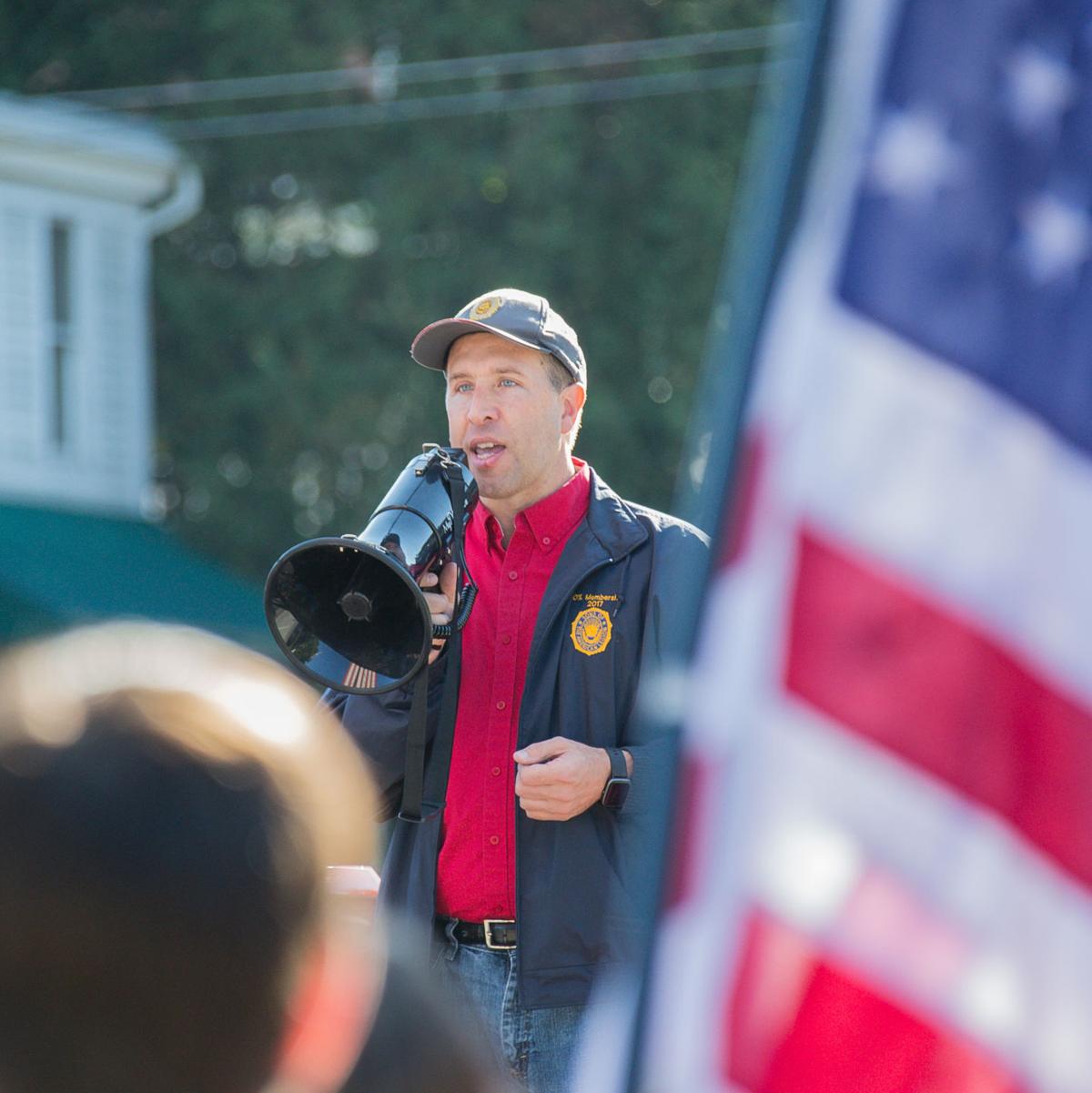 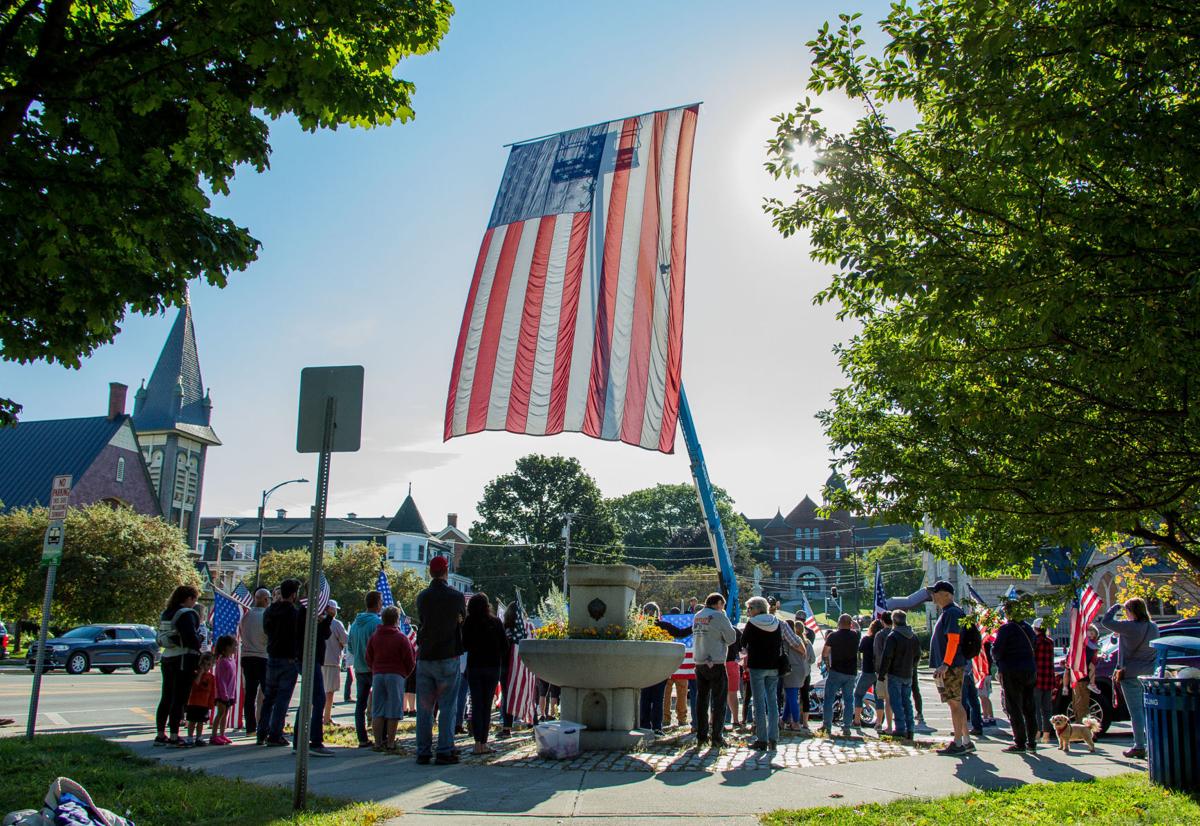 The flag, which was flown Sept. 11, 2021, after a group of community members took matters into their own hands, was a part of a 9/11 tribute.

{span}Lily Boswell, 6, holds an American flag during the flag raising in Barre. {/span}

The flag, which was flown Saturday morning after a group of community members took matters into their own hands, was a part of a 9/11 tribute.

The flag, which was flown Sept. 11, 2021, after a group of community members took matters into their own hands, was a part of a 9/11 tribute.

BARRE — In spite of a silent majority of the City Council, community members intent on commemorating the 20th anniversary of the 9/11 terrorist attacks figured out a way to hoist a large American flag downtown on Saturday.

Like countless motorists who honked in support, Marianne Bailey approved.

Bailey was literally a woman on the street Saturday morning – a random resident who was clueless to the controversy associated with the super-sized flag that, despite the council’s inaction, was fluttering from a cherry-picker at the corner of Washington and Church streets for two hours on Saturday.

Bailey wasn’t one of the dozens of residents – possibly 100 or more — who gathered in a corner of City Hall Park when the huge flag was raised moments before 9 a.m. She missed Mayor Lucas Herring’s brief remarks, the singing of the National Anthem and wasn’t there a short time later when the massive “Barre Freedom Flag” was draped over the “whispering wall” behind the “Youth Triumphant Memorial.”

Bailey wasn’t headed to the park, she was just walking home when she was moved by the big flag in front of her.

“I’m glad that people are remembering,” said Bailey, who was working for the state Parks Department 20 years ago and arrived at the office after the World Trade Center’s twin towers had collapsed.

“The entire office was dead silent,” she recalled, noting it stayed that way for the rest of the day.

Bailey, who once served as a firefighter in Stowe, said the 20- by 30-foot flag was a right-sized reminder of all the lives that were lost 20 years ago.

It almost wasn’t – at least not with the flag that was Barre’s 20-year-old response to a day when 3,000 lives were lost, from residents to first responders.

A proposal to again suspend the flag from a cable high above North Main Street died at a City Council meeting Tuesday night when Councilor Michael Boutin’s motion to grant the request wasn’t seconded by any of the four other members who were present.

Those emotions fueled plans for a Saturday morning work-around – one Judd said “came together organically” after he’d given up plans to publicly display the city-owned flag and started recruiting residents to show up at City Hall Park with flags to commemorate the solemn anniversary.

“Then this happened,” he said nodding at the cherry-picker and the flag he’d had mended at Boisvert’s Shoe & Repair.

“I didn’t have anything to do with it,” he said.

The former Barre mayor said he reached out to Byron and Charlie Atwood at DMS Machining and Fabrication and offered to rent one of their cherry-pickers to raise the flag at the corner of Church and Washington streets.

The Atwoods refused — the money not the cherry-picker — and the stage was set to raise the flag from 9 a.m. to 11 a.m.

“Everything is about 9/11,” Judd said. “This is all in recognition of what happened 20 years ago.”

Herring, who had planned to be in Middlebury for a Sons of the American Legion event there on Saturday, changed his plans after learning the flag would be raised in a different location.

Standing in the back of Jim Boudreault’s pickup truck, Herring briefly addressed those gathered. He provided his own memories of the day and expressed his appreciation for those who turned out on short notice.

“Thank you for showing your support and solidarity for our community and our nation,” he said, noting the tragic loss of lives that occurred 20 years ago.

“We are here to honor them,” he said, prompting a shouted reply from a man in the crowd.

“You should give that speech to your City Council,” the man said.

There was plenty of private second-guessing of the council’s refusal to second displaying the flag.

“This is great I wish it had been ‘official,’” said Averill, who believed the council missed an opportunity.

“It’s all about bringing community together,” she said. “This has been good for the soul.”

Draped in a flag of her ownm East Barre resident Rosemary Sayers agreed.

Sayers was working for the state Tax Department at the time and driving to the office when the World Trade Center was hit the first time.

“I thought it was like ‘War of the Worlds’ when I was listening to it on WDEV,” she said.

Sayers welcomed the opportunity to pause and remember a day she said shouldn’t be forgotten and lives that shouldn’t have been lost.

“It affected so many people,” she said. “It was tragic.”

That was the shared view of folks in attendance — from Chuck Barney, chairman of the Barre Area Veterans Council, to Boutin whose motion died for lack of a second on Tuesday.

Barney was busy passing out flags to people in the park while Boutin thanked them for showing up on short notice before launching into the National Anthem.

There was a “moment of silence.” It lasted three minutes — a minute for every 1,000 lives that were lost 20 years ago.

Barre’s real-time reaction to the terrorist attacks was to create a huge flag — the one stitched together in personalized pieces 20 years ago by residents ranging from schoolchildren to senior citizens.

Jim Ward suggested the project back in 2001. The flag came together quickly, was briefly displayed that October and came out of retirement on Saturday.

The community collage was assembled out of 72 3-foot by 3-foot squares, including one made by JROTC students at Spaulding High School and another by the Beverage Baron.

There’s a square made by residents in East Barre. Although David Rubalcaba, now a local firefighter doesn’t remember signing it, he along with his mother, Kathy, sister Hallie and several other East Barre residents including some aunts and uncles did.

“I remember seeing it (the flag),” Rubalcaba said. “I just don’t remember signing it, but there’s my name.”

By 11 a.m. the “Barre Freedom Flag” was again destined for storage and the one that once flew over North Main Street was removed from the corner of Washington and Church streets — though its public display may not be over.

The owner of the Railroad Street building that housed North Barre Granite Co. for more than a century has offered to display the flag on that property.

Thank you Tom Lauzon, the Atwoods, and all involved for making this happen. A great display of community, respect for our Country and our citizens, and all those who served and perished on that day.

I am proud of my hometown of Barre, Vt.and those residents that still feel the importance of patriotism and love for this country. Special thanks to Michael Bouton who gave it a good try at the City Council level.