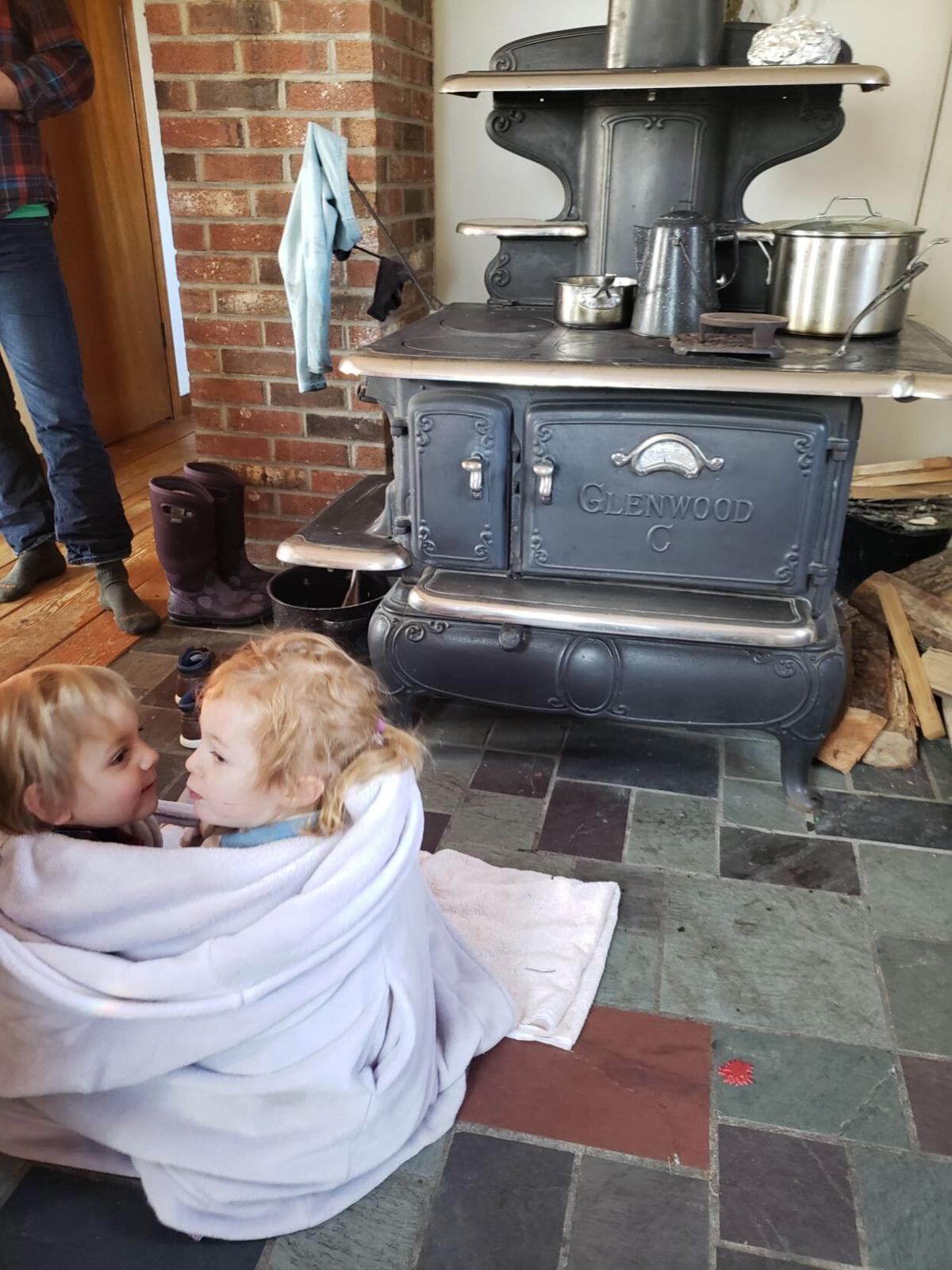 Enjoying the moment by the stove. 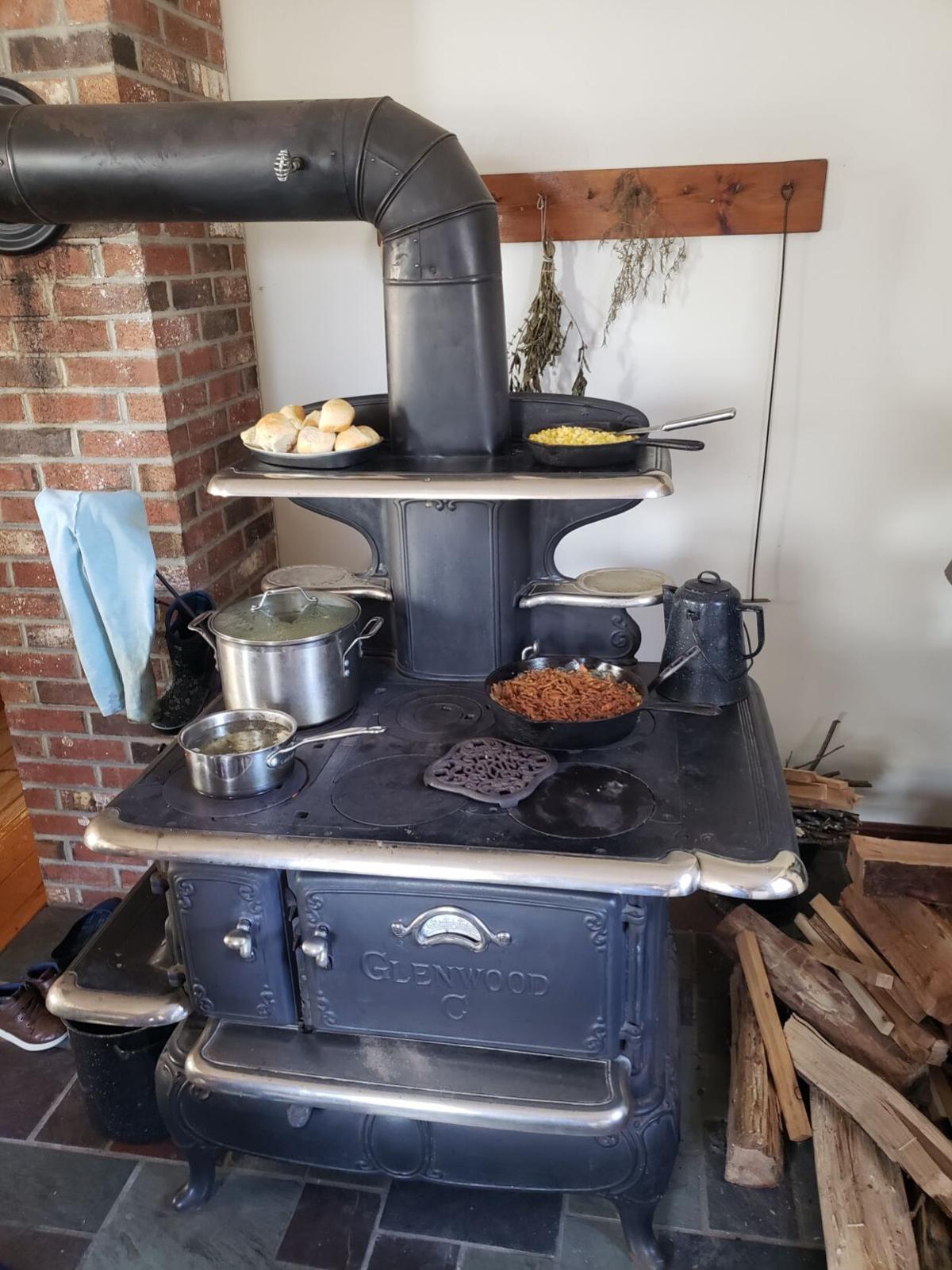 Cooking and heating the house at once. 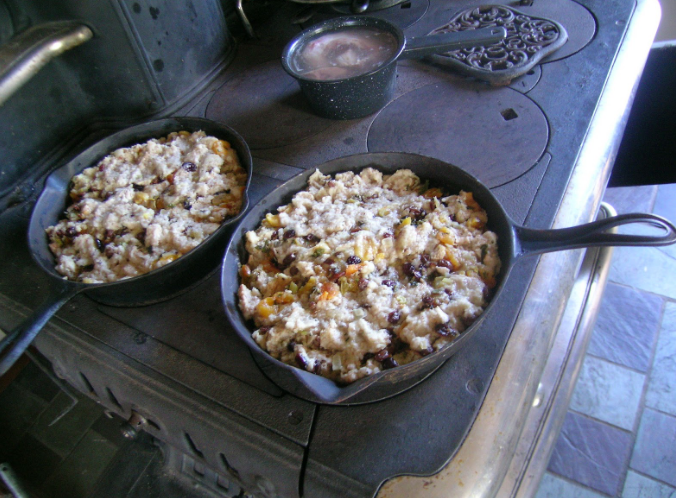 Stuffing cooks on the stove top. 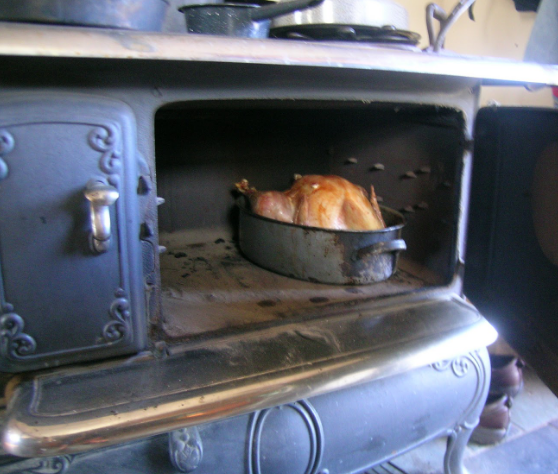 The meal is prepared.

Enjoying the moment by the stove.

Cooking and heating the house at once.

Stuffing cooks on the stove top.

The meal is prepared.

I’m getting to be old enough that several woodstoves have left their cast-iron impressions on me. They are a utilitarian piece of the home, for sure, and there is also a certain romance to them. Every home of mine has had one or two, each with their own quirks, and all of them taking the central role of ever-important heat source. There were numerous others, too, that have provided the necessary warmth in off-grid backcountry cabins and yurts, as I huddled with friends around them, wrapped in our winter sleeping bags. Those were good times.

But there is one woodstove that stands out the most: The fully refurbished 1913 Glenwood C wood cookstove in my parents’ kitchen has left the biggest impression. Twenty years after leaving my childhood home, I can still hear its cracks and hisses from the firebox as if I’m standing right next to it, my hands fanned out above the big, flat cooking surface, absorbing all its warmth; or set next to it in the old caned rocking chair, my feet resting on the low warming shelf.

I can still see it all in vivid detail: the concentric circles of the burners that opened to the red-orange tendrils of flame in the firebox below, the white temperature gauge on the oven door with its ornate black lettering, the shining chrome accents, and the scrolling details on the shelves and back. Without effort, I can recall the smell of wet-warm wool, as our childhood mittens and hats hung all around it to dry, after a day spent sledding.

And then, there was the time it saved Thanksgiving.

My mom’s voice came through the phone: “Bad news, Sarah. My oven is broken.” My younger sister and I were now grown, each with families of our own, and we were planning to convene ourselves at our parents’ house for Thanksgiving. Each of us would be cooking our favorite contributions to the meal, together in the kitchen we grew up in — but a working electric oven had been central to that plan. A broken oven hadn’t factored in.

I can’t remember who had the idea, but the woodstove was volunteered to save the day. Could we do it, we wondered for a moment? Could we cook an entire Thanksgiving meal on a wood cookstove, in which we had little to no control over the temperature of the oven? We decided to try, because, what other option did we have? And I think in the same moment, it became a challenge we were all excited about.

Working in our favor was the fact that many meals had already been cooked on the woodstove, though none so complex as an entire Thanksgiving meal with all the fixings. But as an ’80s kid, I remember baked beans, rice and pasta dishes, grilled cheese and soup, and other everyday creations being cooked there; and I remember, too, wondering why my parents couldn’t just be normal people and microwave a TV dinner like my friends’ parents did. (Now, looking back, I’m so glad they didn’t.) Plus, cookstoves run in my family: my dad’s parents’ 1850s farmhouse kitchen had a wood cookstove at the central kitchen hearth, and I remember my grandmother standing by it, talking with us as she ran her fingers through her red hair, pushing it back, her foot resting on the low warming shelf — a family trait, it turns out.

When Thanksgiving morning came around, my mother woke early to get the woodstove going, as she would on any cold morning. And on this morning, she prepped the turkey, too, which went into the woodstove’s oven when the temperature gauge reached 325 degrees. Several hours later, I used the turkey neck and giblets to get a stock boiling in a pot at the back of the stove, and left it there all day to simmer; this would go into my homemade stuffing and gravy, both of which I cooked on top of the stove in cast-iron skillets. We boiled water for potatoes, and baked a green-bean casserole. Rolls and pies were kept warm on the shelves.

While things took their time to slow cook, we worked on other side dishes our family loves, like my mother’s red cabbage coleslaw and Waldorf salad, and a tomato aspic that has been the butt of many family jokes over the years, but it wouldn’t be Thanksgiving without it. Mercifully, my dad added a few store-bought pies. We checked the turkey often, being careful not to dry it out in the wood oven. I can still hear the sound, as if I’m standing right there, of cast-iron on cast-iron, as we pulled and pushed dampers to regulate the heat and opened the firebox to add wood.

Of all the Thanksgivings my family shared, this is my favorite memory, by far. It was a simple and traditional meal, made exceedingly special by my family’s resilience, and a day spent cooking together over a wood fire, then enjoying our meal at the dining room table, with the stove chugging along in the background.

Later, I probably sat again in that rocking chair, in my childhood kitchen, my foot resting on the low warming shelf of that big old stove that commands its own corner of my parents’ kitchen. It was charming and delicious, and I’m homesick for it this year. In a year when my family cannot gather at all, I’ll be taking some time on this Thanksgiving to remember these moments.

Sarah Galbraith is a regular correspondent for Weekend Magazine.