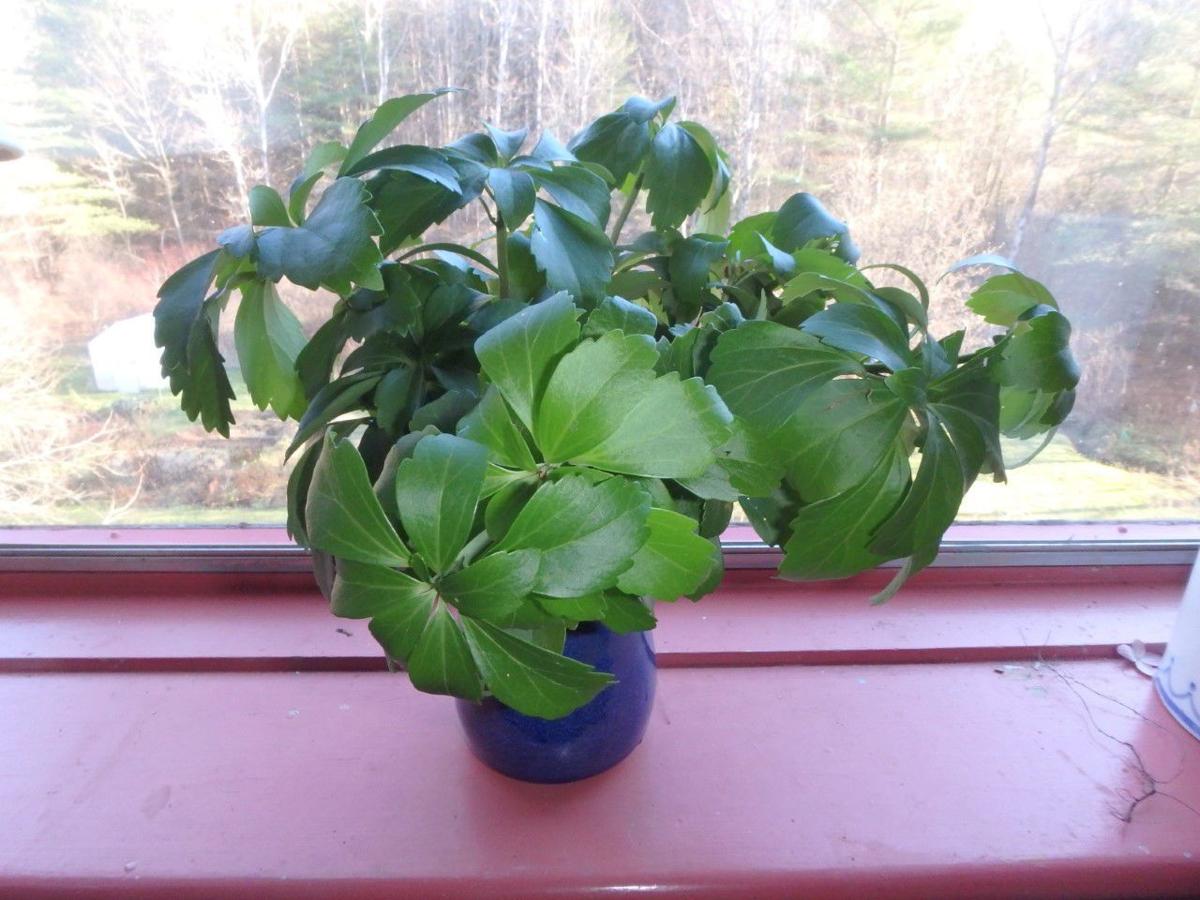 Pachysandra will look good in a vase all winter. 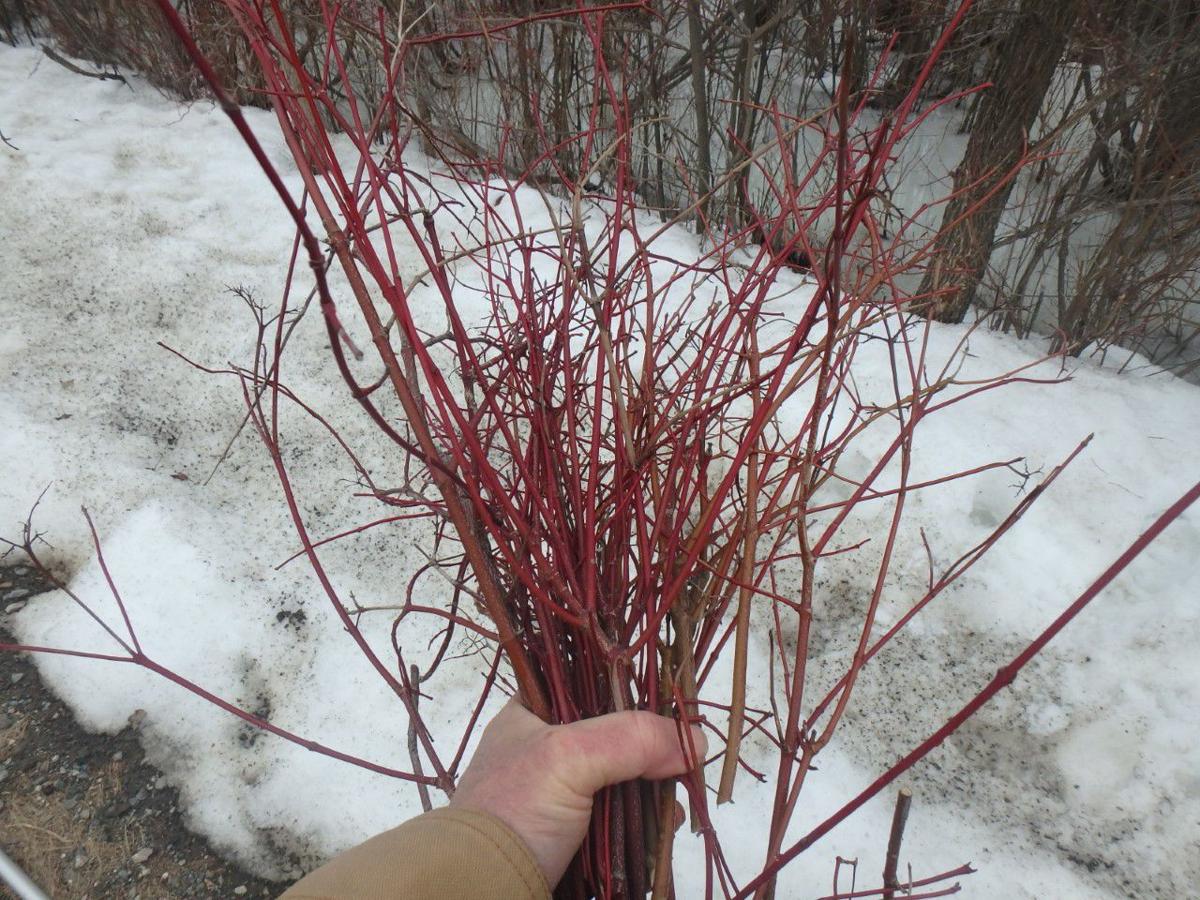 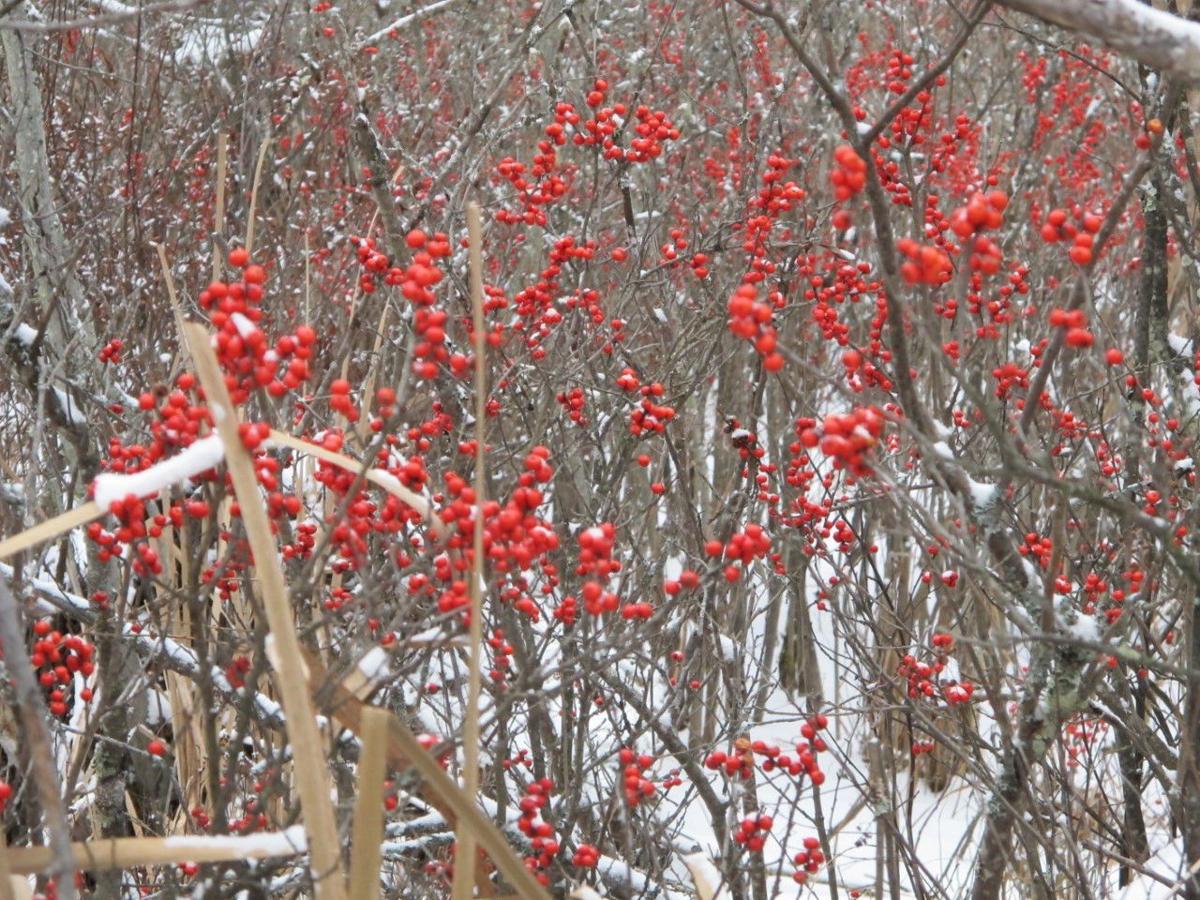 Winterberry grows in swamps in the wild, but does fine in a vase.

Pachysandra will look good in a vase all winter.

Winterberry grows in swamps in the wild, but does fine in a vase.

Finding things to place in vases now, in winter, is not easy. It takes some imagination, but there really are some nice stems available.

Before the snow flew, I went outside and picked stems of pachysandra, a green vine that is mostly used in shade though also grows in part sun. It does well in a vase all winter, and usually sends out roots so that come spring, it can be planted outdoors. Although it has no blossoms now, it is green and lush and easy to care for. I use it as the base in flower arrangements. You could probably pick some during a January thaw.

For color in a vase in winter, one of my stalwarts is winterberry (Ilex verticillata). Winterberry grows in wet places in the wild, though it will also grow in normal garden soil if planted there. It is loaded with bright red berries now, though later outdoors, the berries will fall off or be eaten by birds.

Winterberry is dioecious, meaning there are male and female plants. Both bloom, but only the females have berries. If you are buying these shrubs, which stand 6 to 10 feet tall and wide, one male cultivar is needed for about every five females.

Unlike many hollies, winterberry does not have glassy dark green leaves that stay on all winter. American holly (Ilex opaca), Japanese holly (I. crenata) and the Meserve hybrids like “Blue Boy” and “China Girl” do keep their leaves and produce nice berries. Unfortunately, most are Zone 5 plants only good to minus 20, and I live in a colder zone, so I have no personal experience with them.

Also red, and also not a flower, are the stems of red-twigged dogwood (Cornus sericea). They also look great in a vase. And like the winterberries, they do best in moist soil. In order to get the brightest color possible, you should buy a named cultivar. And you need to cut back the stems every year or two, as it is the new growth that looks so bright in winter.

Staghorn sumac (Rhus typhina) is a native small tree that produces nice berries that look good all winter and do fine indoors in a vase. I picked some over two months ago, and they have shown no signs of fatigue. The berries are up high, but are easy to pick with a pole pruner — the stems, though thick, are soft and easy to cut.

Sumac berries are enjoyed by returning robins (and other birds) in the spring. Birds are a bit like teenagers — they love greasy food. So berries with a high fat content get eaten right away, while berries like those on the sumac, which have little fat, are ignored until hungry times. Those early birds who can’t get a worm will wolf down sumac berries. It’s all part of having a diverse source of food for our wild friends.

Two invasive plants, Japanese barberry (Berberis thunbergii) and winged euonymus (Euonymus alatus) are also displaying bright berries at this time of year. And although I recommend pulling out both from your landscape, cutting branches now to put in a vase will reduce the number of berries available for birds. And it is the birds that distribute seeds into the woods, spreading those invasive plants.

If you are looking for green to add to a vase, white pine, balsam fir and blue spruce all do well. Canadian hemlock (the one that has short, soft needles) is said to be not as good as the others, tending to drop needles sooner than the others. But for my purposes, I find it just fine.

In summer, we want pink, white and purple flowers in our vase, but in winter, browns can be nice in a vase, too. Beech trees are still holding their leaves, or at least the young trees do. Many oaks still have leaves, too. If you put them in a vase, don’t bother with water. Add other dry flowers or grasses.

My peegee hydrangea is still displaying blossoms, and I might pick a few more to use indoors. Each year, I pick the pink blossoms before frost, and they keep their color quite well. Now they are brownish, but still better than nothing. Again, no water in the vase.

Dry grasses are good to appreciate outdoors in winter, swaying gently in the wind. But indoors, they are just as handsome. I like my fountain grass (Miscanthus sinensis) “Morning Light.” It is a tall grass, but can be cut to fit in with other items of any height.

A walk through a field can yield lots of dry flowers, from goldenrod and Joe Pye weed to field spirea and willow stems. Making a winter arrangement is different than a summer arrangement, and you may have to adjust your attitude a little bit about what you expect. Enjoy whatever you can find!

Henry Homeyer is the author of four gardening books, lives in Cornish Flat, New Hampshire, and his email is henry.homeyer@comcast.net.