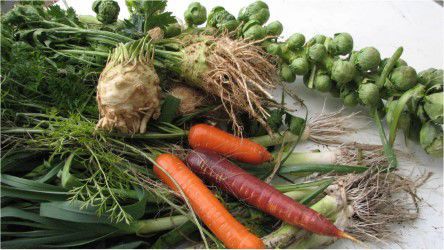 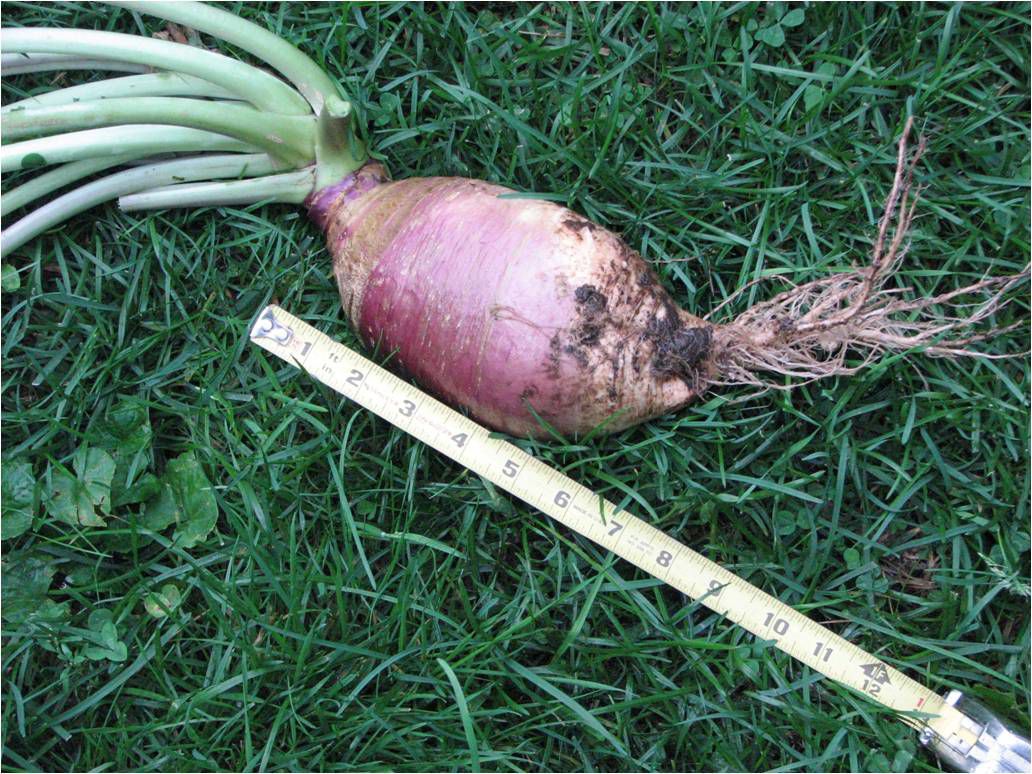 Rutabagas are a good substitute for potatoes.

Rutabagas are a good substitute for potatoes.

I don’t mean to sound like I’m bragging, but if it will grow in Cornish Flat, New Hampshire, I’ve probably tried it.

Scorzonera? Sure, once, but I was not enthralled by this long, thin root. Peanuts? Once, didn’t get many. Gilfeather turnips? You bet. Many of the things I try, I don’t continue to grow — they have to taste good and be productive to qualify. Let’s look at a few I do like, and that you might not grow — as yet.

One of my favorites is celeriac, or celery root. This is a close cousin to celery, but less attractive to slugs and snails and easier to grow. It is a funny-looking root crop with many fat roots. It tastes very much like celery in a soup or stew, though it is not usually eaten raw. I peel the roots and chop the round bulb into chunks for cooking. If stored in the vegetable drawer or a cold cellar with high humidity and cool temperatures, it will store all winter.

Celeriac grows best in rich, moist soil. I start it indoors in March and plant it outside in late May, spaced 6 to 8 inches apart. If crowded, it will not produce well. It also needs lots of moisture, so don’t plant it in dry, sandy soil. It takes a long time to grow to transplant size, so look for it at good garden centers — some will have starts for sale.

Kohlrabi is another funny-looking root vegetable. This has much of the bulbous root above ground, with leaves popping out on stems from the bulb. I’ve heard it likened to a space alien. But it’s delicious! Crisp, with a nice snap, it’s in the same family with broccoli and kale. It’s good in salads, as well as stir fries. There are purple varieties, and white or green ones, which tend to be slower growing and good for long-term storage.

Kohlrabi germinates in less than a week and grows fast. Although you can start them indoors, you don’t need to. In most places, you can start them now. Plant seeds outdoors 3 to 4 inches apart and thin every other one if all grow. They like consistently moist soil, so add compost at planting time.

Artichokes need a long growing season, so you should have planted them indoors back in early March. But more and more good garden centers are growing them, so you might be able to find plants for sale.

They are big plants, up to 2 feet across with nice gray-green leaves. I sometimes plant them in the flower garden. In fact, the vegetable you eat is a flower bud. If you don’t pick them, they will open up and be quite pretty. I once saw them as flowers in an ancient abbey on the island of Iona, Scotland, and they were quite striking. They’re related to thistles. Your artichokes will be smaller than store-bought.

In California, artichoke plants are perennials but even with mulch, I have never had one survive a winter here. One called Imperial Star is an annual and is best for growing here. They need rich, dark soil with plenty of compost and some organic fertilizer. Plenty of moisture is needed, too.

Although I once had a bumper sticker that said “Eat More Kale,” kale has become mainstream and needs no advertising. But I’d get one that said something like, “Rejoice in Rutabagas!” to put on my truck, if I could. They are easy to grow, mild and tasty, and don’t suffer from things that make potatoes problematic (potato beetles and fungal blight). I use them as a substitute for potatoes in stews.

Rutabagas are also relatives of kale and broccoli, members of the Brassica family. I plant them by seed in June, and thin to 8 inches as these are big root crops that will not produce well if crowded. Although flea beetles can bother them, I’ve never had anything eat mine. Cover with row covers if you have a problem.

The skin of a rutabaga is reddish purple, and the flesh is yellow or orange. They store well – all winter in a cold cellar or spare fridge. ‘Helenor’ and ‘Laurentian’ are the varieties I‘ve grown, but I imagine all are fine.

Leeks are some of the easiest veggies I grow. Buy them as small plants at a good garden center, or start them from seed indoors in March. Space them 4 to 6 inches apart in a trench 3 inches deep. Fill in the trench a month later. If you want more of the white part of the leek, you can mound up the soil around them.

In the fall, I harvest leeks, wash them and cut off the roots. I chop them and put them right into the freezer. They are then available as an onion substitute, or to make one of my favorite soups, leek and potato.

Tomatillos are not commonly grown — even by me — but they are commonly required for Mexican dishes. They are big plants, like a tomato, but I have read they do best sprawling on the ground, not in a cage.

The first time I grew them, I just planted one and got no fruit: you need two plants or more for cross pollination. So buy two or more plants, and plant them two weeks or so after you plant your tomatoes. Remember, they would much rather be growing in Mexico!

Think about digging up some of your lawn this spring to increase the size of your garden. Hungry times might be ahead, who knows? The good thing about that is, a new garden is much less likely to have tomato blight problems. So grow some tomatoes in your front yard. And since your garden will be visible from the street, you’ll do a better job weeding, I bet!

Henry Homeyer started growing vegetables with his Grampy in 1948 or so, generally eats something he has grown every day of the year, and is the author of four gardening books. Email him at henry.homeyer@comcast.net