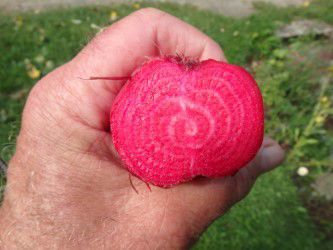 Sliced Swiss Chard root looks and tastes like a beet. 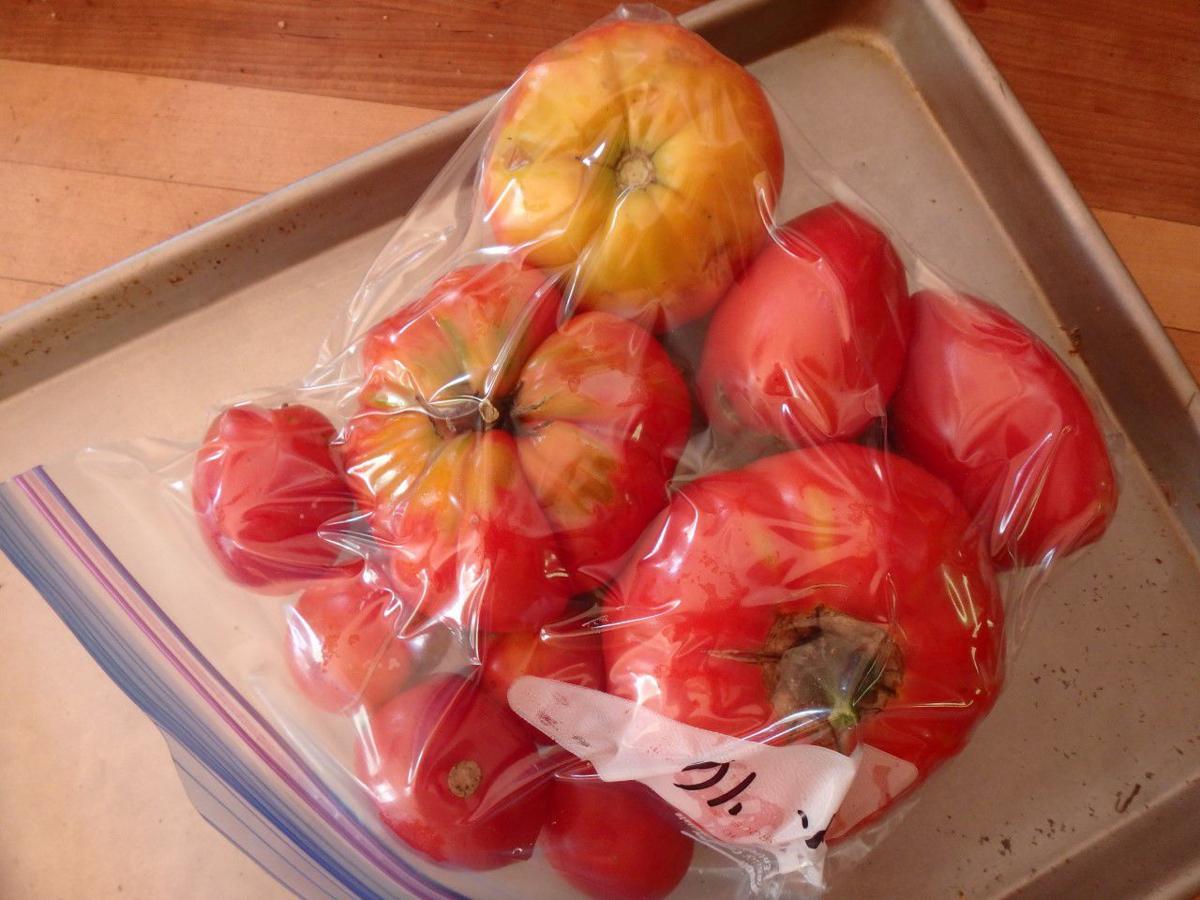 Freeze tomatoes to extend the season. 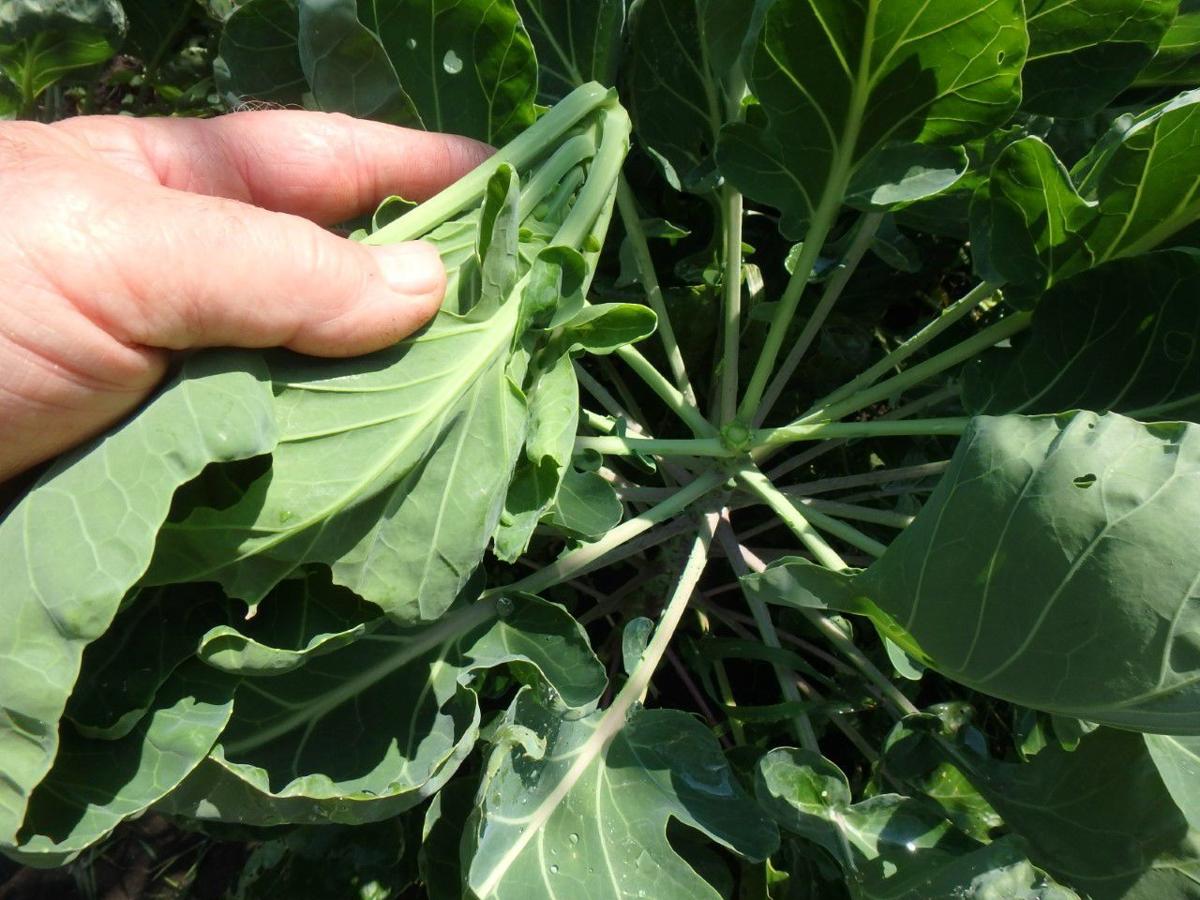 Remove top leaves of Brussels sprouts to get bigger sprouts.

Sliced Swiss Chard root looks and tastes like a beet.

Freeze tomatoes to extend the season.

Remove top leaves of Brussels sprouts to get bigger sprouts.

Want to maximize the output of your garden? Now is the time to act. Here are a few things you can do that will help.

Brussels sprouts: Have you had trouble getting full-sized sprouts? These plants need to be topped in the fall to get the tiny sprouts to develop into full-sized ones. I do it each year on Labor Day, but you can do it now. Cutting off the top cluster of leaves means that the plants will no longer continue getting taller, and put all energy into beefing up those tiny cabbage-like sprouts to their full potential.

Brussels sprouts are very tough when it comes to frost — they will survive cold weather and snow without blinking. I’ve been known to wait until December to pick my sprouts, or to finish harvesting them. But be forewarned: deer love Brussels sprouts in the winter.

I waited one year to harvest Brussels sprouts on Christmas Day, but deer (or Santa’s reindeer) ate them on Christmas Eve, changing our menu for the holiday dinner. I usually leave the stalks and leaves in the garden after I harvest, and the deer eat them. My treat, as they leave my garden alone in the summer when there is plenty to eat in the woods.

Swiss chard: Both Swiss chard and beets are in the species Beta vulgaris. Hundreds of years ago some plants were selected for their tasty roots, others for their leaves. But you can eat the roots of Swiss chard just as you do beets, and the flavor is almost identical. I like red-leafed Swiss chard roots the best. They are smaller, but sweet and tender — and a free dish you weren’t expecting when you planted them. Be sure to peel Swiss chard roots, as they have fine roots that feel a little fuzzy if you don’t.

Right now I have more tomatoes than I can eat fresh, and don’t have time to make sauce. What to do? I freeze whole tomatoes raw, un-blanched. I just place whole tomatoes in zipper freezer bags. In winter when making a soup or stew, I remove them from the freezer, run them under hot water in the sink. That loosens the skin, which I rub off. Moments later, I chop the tomatoes and use for cooking.

Asparagus: Yes, I know the harvest is long over. But this is the time to maximize next year’s harvest. Weed your bed, rake off any mulch, and add an inch of good compost and some organic fertilizer. At the same time, pull out any new asparagus seedlings that have started from the little red “berries,” as they will compete with the mature plants.

Actually, modern breeding techniques have made better varieties available. Anything with “Jersey” in the name is all male, and will not produce berries that produce seedlings. Wait to cut back the fronds until they turn brown — green foliage is still feeding the roots.

Pumpkins and squash: Some vines will continue to grow until frost, but now is the time to rein them in. Cut back growing tips and let the existing vines feed your winter squash or pumpkins, and don’t let new blossoms remain on the vines. It’s too late for all but some fast-growing summer squash to produce food from blossoms appearing now.

Be sure to pick or cover your vine crops on nights when the temperature approaches 32. Last year, I picked some small un-ripe pumpkins on a late afternoon when frost was forecast, and they ripened on my steps to a full orange. I brought them into the mudroom when frost was forecast and by Halloween, I had quite a nice display of orange fruits.

Cabbage: Instead of pulling your plants now, cut off the cabbages to harvest. Then cut an X into the stem. It’s a little late for this, but you might still get some small cabbages ranging in size from golf ball to softball. I have gotten four little cabbages from each stem by doing this.

Chives: This is the time to dig some up and leave outside in plastic pots (which won’t be damaged when they freeze). You can then bring them in, one at a time, and when they thaw, the leaves will be fresh and tasty. When finished harvesting, just put them outside until spring and re-plant. They will be no worse for wear.

Rosemary: Another good herb for winter use. I grow mine in pots and bring them in and grow on a sunny south- or west-facing window. If you have some in your garden, pot it up now. But don’t bring it inside. Let it get used to being in a pot right where it has been growing.

Rosemary is hardy to about 25 degrees, and a little frost will help minimize problems with aphids when you bring it in. Do not fertilize when you pot it up, but do shake off some of the soil and pot it in potting mix to improve drainage. Don’t overwater, but never let potted rosemary dry out completely — it will die.

If you have some tips for squeezing out a little extra food from the garden, please send them to me either at P.O. Box 364, Cornish Flat, NH 03746 or at henry.homeyer@comcast.net. Thanks!